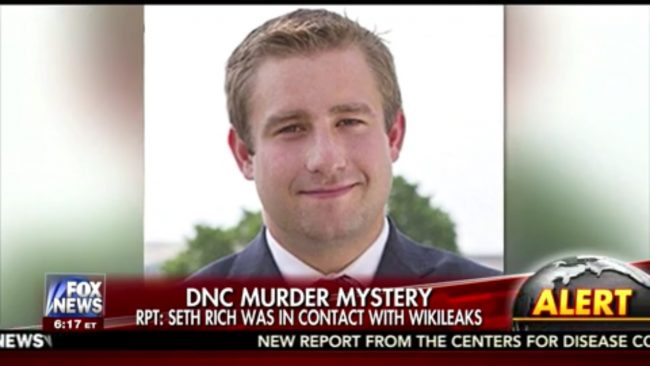 The Washington Times issued a hefty retraction and apology in its Monday paper to a now-deleted story from March 2018 pushing the Seth Rich conspiracy theory.

Rich, a DNC staffer who was fatally shot in July 2016, quickly became the subject of right-wing conspiracy theories that claimed he was the victim of a hit job carried out by Democratic leaders — namely, Hillary Clinton — after he stole DNC emails and passed them to Wikileaks. Despite relying on no evidence and having no basis in reality, the theory made its way all the way up to Fox News primetime (Fox News retracted their own story about Seth Rich in 2017.)

“The Column included statements about Aaron Rich, the brother of former Democratic National Committee staffer Seth Rich, that we now believe to be false,” the retraction read.

The retraction came as part of a settlement with Aaron Rich, CNN reported.

One of the statements from the editorial that the retraction announced was false was Lyons’ claim that “it is well known in the intelligence circles that Seth Rich and his brother, Aaron Rich, downloaded the DNC emails and was paid by Wikileaks for that information.”

Lyons also wrote: “Also, why hasn’t Aaron Rich been interviewed [by law enforcement], and where is he?”