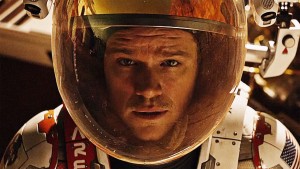 In actor Matt Damon‘s most recent film, The Martian, NASA and the American government spent over a year trying to bring his marooned character back from the planet Mars. The thing is, many of Damon’s movies involve the United States (and sometimes other groups) cobbling together lots of resources to save his character’s sorry ass. This involves a lot of money.

How much money, exactly? Well these are movies, obviously, so they aren’t real. But if they were, BGR reports that the total cost of Damon’s rescues would amount to $900 billion dollars and change. That’s according to a Quora answer to the question, “How much money has been spent attempting to bring Matt Damon back from distant places?”

This question can be answered in terms of movie budgets, or estimated fictional costs where Matt Damon has been sent on extended “business trips”. See detailed estimates below.

In other words, if all of the characters played by Damon in the films mentioned above were real people, who needed actual rescuing from the precarious situations depicted, then his rescuers would need almost one trillion dollars to save them all.

Next time Damon needs to be saved at the movies, let’s just leave his ass wherever he’s gotten himself stuck.