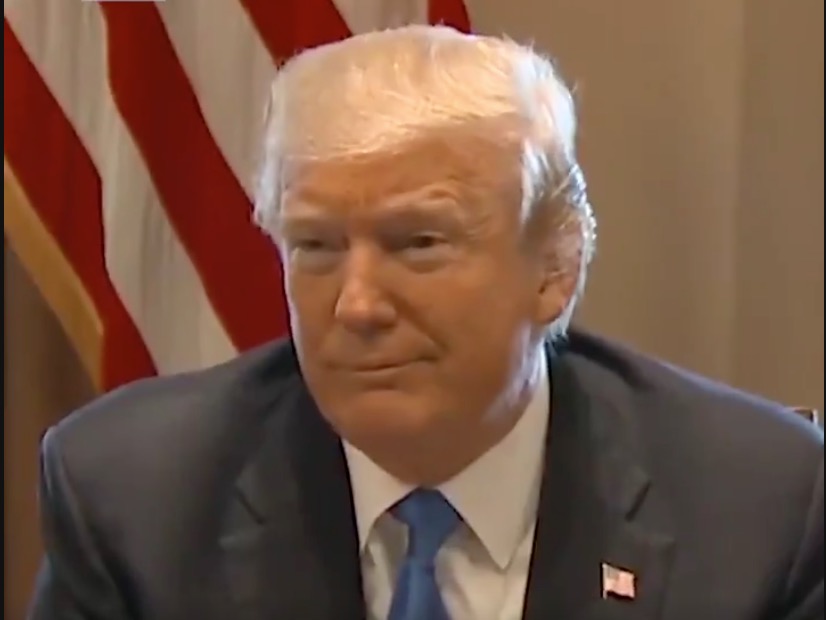 The White House has released a new transcript of President Trump’s recent immigration meeting after they curiously left out a part in which he deviated from his hardline position.

The president’s bipartisan discussion on Tuesday received a lot of attention as the media was given rare access to his negotiations with Congress. As the room discussed immigration reform and the future of DACA, there was a moment when Sen. Dianne Feinstein (D-CA) asked Trump if he would support a “clean bill” that would protect Dreamers.

“Yeah, I would like to do it,” Trump said at the time.

This was one of the more prominent moments in which Trump seemed amenable on immigration and border security, and House Majority Leader Kevin McCarthy (R-CA) had to rein him in after these remarks. When the White House released the first transcript from the meeting, Trump’s agreement with Feinstein was missing.

Various media figures noted this peculiar absence, and a new transcript has now come out with the first part of Trump’s remarks.

WH corrects transcript after initial omission of @POTUS agreeing with @SenFeinstein suggestion for a clean DACA bill. See below for before/after. pic.twitter.com/E2z2LAm9Mu

When Washington Post asked for an explanation administration officials told them that the omission wasn’t done on purpose.

When we asked about the key quote gone missing, a White House official told us any omission was unintentional