What is a Glioblastoma, the Aggressive Brain Cancer John McCain Has Been Diagnosed With? 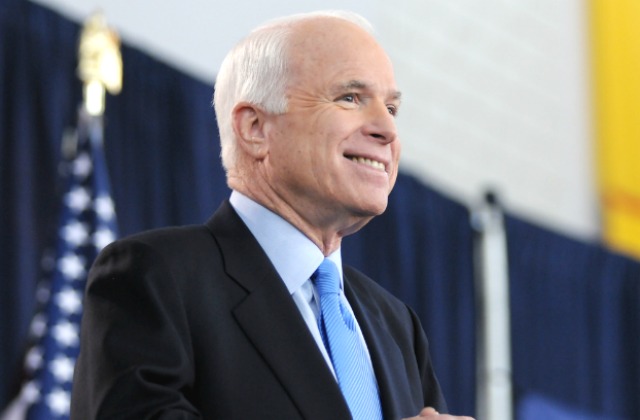 On Wednesday evening news emerged that Senator John McCain has an aggressive brain tumor called a Glioblastoma, but how serious is it?

Glioblastomas are a fast-growing, aggressive type of central nervous system tumor that forms on the supportive tissue of the brain, according to the Cancer Treatment Center of America. The cancer usually starts in the spinal cord or the brain, generally the frontal and temporal lobes.

Symptoms commonly include headache, nausea, vomiting, and drowsiness, while more advanced stages can result in mood changes, changes in ability to think and learn, memory loss, seizures, muscle weakness, and speech difficulty. While the cause of the tumor, like most cancers, is unknown, its frequency increases with age, and occurs more in men than women.

According to the American Brain Tumor Association, “Glioblastomas are usually highly malignant—a large number of tumor cells are reproducing at any given time, and they are nourished by an ample blood supply. Dead cells may also be seen, especially toward the center of the tumor. Because these tumors come from normal brain cells, it is easy for them to invade and live within normal brain tissue.”

Because there so many different types of cells, it generally takes a combination of treatments. Generally the first move is surgery, to remove the tumor, but that usually does not get rid of it all. Surgery is usually followed up with radiation or chemotherapy.

Glioblastomas are highly aggressive and struck both Beau Biden and Ted Kennedy.

“For adults with more aggressive glioblastoma, treated with concurrent temozolamide and radiation therapy, median survival is about 14.6 months and two-year survival is 30 percent. However, a 2009 study reported that almost 10 percent of patients with glioblastoma may live five years or longer,” ABTA wrote.