Why is The Wall Street Journal Ignoring Its Own Role in Andrew McCabe’s Firing? 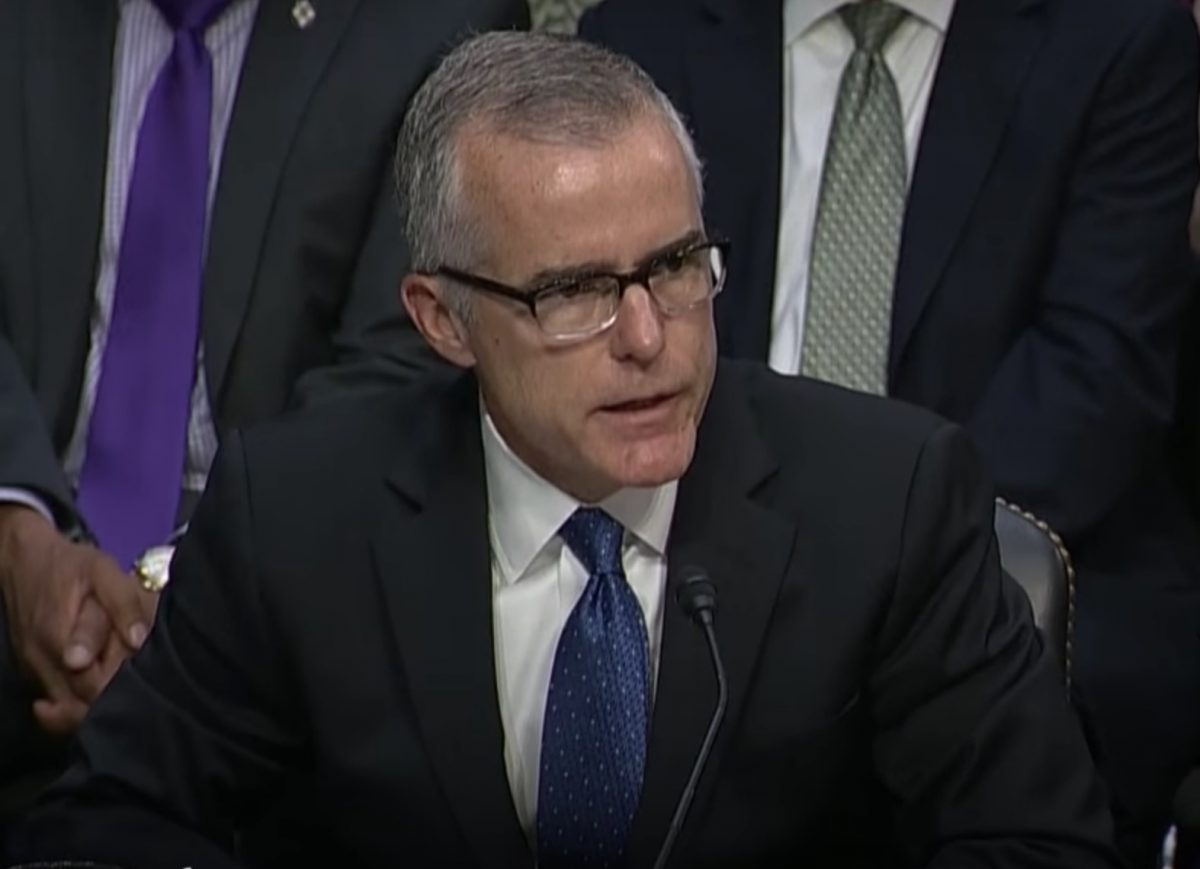 As the furor over the firing of former FBI Deputy Director Andrew McCabe persists, a journalistic issue of moment has been overlooked. An editorial in the Wall Street Journal on March 16 that was critical of McCabe concluded that firing him might persuade the public that “there are consequences for untruthfulness.”

“Time and again,” the Journal concluded, “we have been assured of the FBI’s high standards. Imagine how Mr. McCabe would treat an American citizen who lied to the FBI.”

But the Journal itself was, of course, well aware that in the closing days of the presidential election, it published a much-discussed article based on information made available to it by the FBI describing conflicts between the FBI and the Department of Justice about an investigation of the Clinton Foundation. And that Mr. McCabe’s supposed lack of candor was in failing fully to own up to his decision to make that information available to the Journal.

I do not doubt that if the FBI had conducted an investigation not of Mr. McCabe but of how the Journal obtained that information that the newspaper would have resisted to the end. Not only would First Amendment issues have been raised but the Journal would undoubtedly have maintained that the public had been well served by its revelations—ones that, if the public intimations about the FBI investigation of Mr. McCabe are at all correct, the Journal could not have made without Mr. McCabe’s involvement.

As Mr. McCabe has struggled to maintain his reputation (and his pension), not a word has been heard from the Journal about the value to the public of the information he allegedly made available to it and it made available to the public. Did the Journal owe Mr. McCabe some level of support at a time when President Donald Trump, unsurprisingly, greeted his dismissal with a combination of defamation of his character and jubilation at his loss of significant pension funding? Did the Journal owe him at least a public tip of the hat about his willingness to risk the very sanctions now imposed upon him by facilitating the paper’s journalistic efforts? Readers may differ. But I doubt many of them would find attractive the icy disdain with which the Journal now treats Mr. McCabe.

Floyd Abrams is a Constitutional Lawyer and First Amendment Specialist whose latest book is ‘The Soul of the First Amendment’. He is also the father of Dan Abrams, who owns this site.