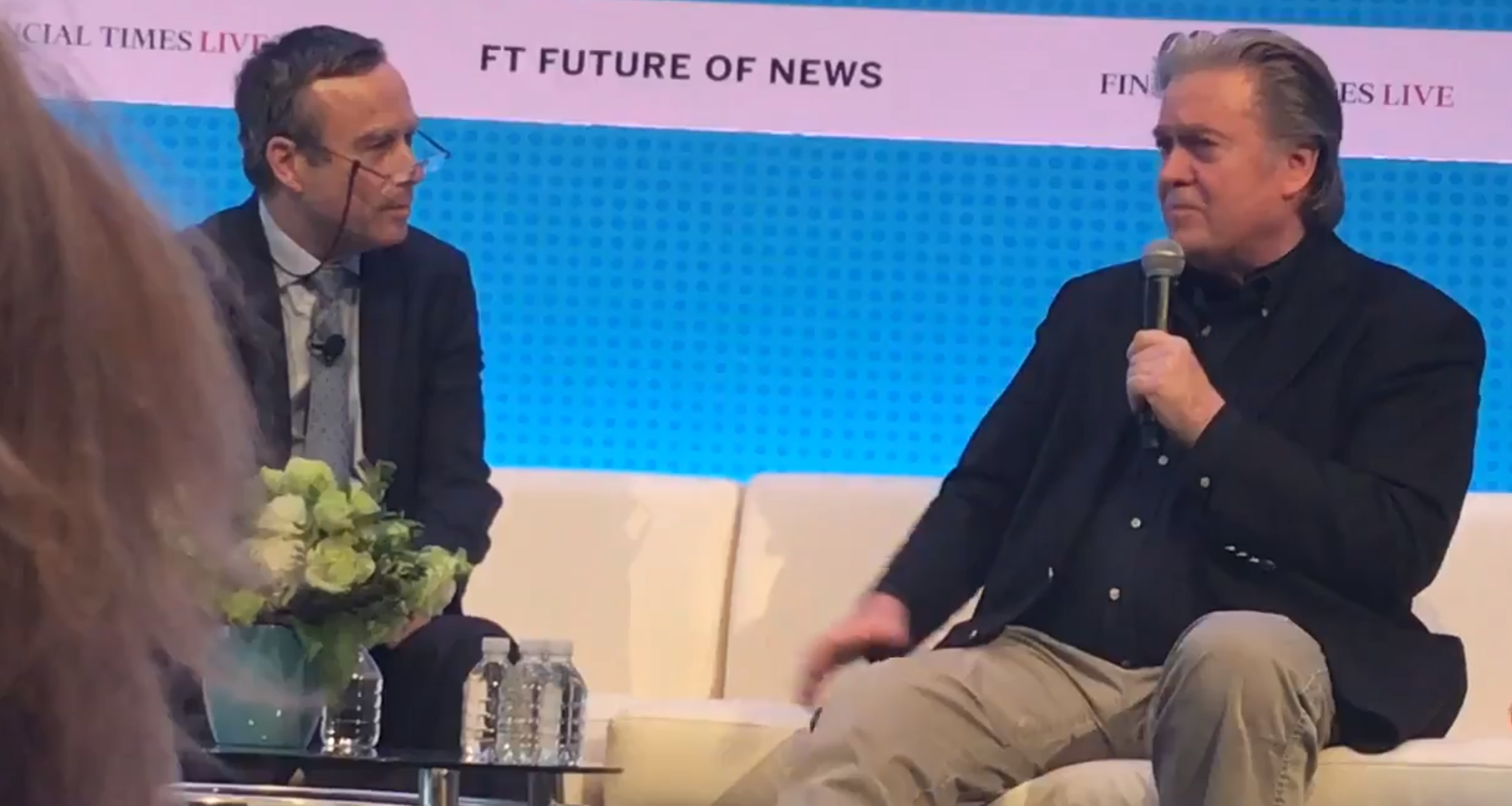 “Did anybody at CNN, did any editor, any news person, any anchor, anybody get fired for the awful mess they made of the 2016 campaign which was a disgrace to journalism?None,” he said.

The fiery remarks were a direct response to network president Jeff Zucker‘s labeling of Fox News as “state-run TV” and “a pure propaganda machine.”

Below is a video clip of some of Bannon’s remarks:

Firing back at Zucker with his own words, Bannon also called CNN “a propaganda outfit.”

“Every night it’s hate Trump, and I understand from a business model…you want the hate Trump crowd to rally around that, but to come in here and say that another news network is propaganda is absolutely totally absurd,” he said.

“And, by the way, is anybody in the opposition media crushing him or going after him about that? No. They cheer him on.”

Elizabeth Mendez, the Al Jazeera reporter live tweeting the diatribe, said he concluded with the message that institutions should be challenged, a point with which she could agree.

I was in the second row when Steve Bannon got to today’s conference stage. IT. WAS. WILD. The last thing he said was that we need to challenge and question institutions. And actually, I agree with that statement. #FTFutureNews pic.twitter.com/btOnprIzwl