Why The Chris Hansen Cheating ‘Bust’ Is Bad For America 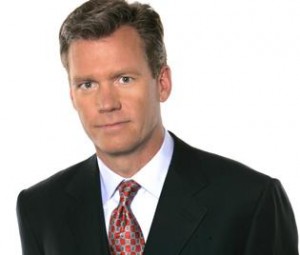 At first blush, it seems like the ultimate case of hypocrisy exposed. America’s favorite undercover T.V. sleuth Chris Hansen caught on tape much the same way he has humiliated dozens of perverts, scam artists and hucksters. The National Enquirer claims to have video evidence that Hansen, whose name alone has become synonymous with undercover video busts, was cheating on his wife with a local Florida T.V. reporter. Not surprisingly they offer up the savory and salacious details including where they dined and what time they retired to their quarters. Insert punchlines here. Gotcha.

But let’s be clear: this is no Eliot Spitzer or David Vitter case where their public roles or positions were in direct conflict with their private conduct. No, this was just a guy who has been tirelessly exposing bad guys, sometimes placing himself in harm’s way to do so, allegedly getting caught cheating on his wife. Does that make him a “bad guy”? Well it would make him a bad husband; but this is not remotely comparable to the sleazebags and dangerous practices he has exposed. If he were simply exposing cheating husbands, I would agree that this was a clean hit. But that is not what he covered.

Chris Hansen is everything I want in a reporter: tough, unafraid and willing to to do the sort of undercover investigations that are all too rare these days. He doesn’t just investigate online perverts either. He has uncovered counterfeit drug rings, child sex traffickers, international identity theft and even exposed a group with ties to Al Qaeda attempting to buy missiles with nuclear components from American citizens.

For whatever it’s worth, he has also long been viewed as one of the few “good guys” in the business. I didn’t get to know Chris that well during my tenure at NBC, but I know that he is one of those rare souls who never let his fame (or infamy) get to his head.

Sure, some believe Hansen’s pieces go too far. The To Catch a Predator investigations shame people who in some cases seem mentally unstable. Others call it entrapment. One who was soon to be the subject of a story killed himself before being exposed. I understand and appreciate that his exposes are controversial to say the least. But those are debates for a different forum. Are we really going to compare alleged infidelity to child sex predators? Does this mean that any reporter who does controversial undercover work should expect that his or her personal laundry may soon be aired? With undercover reporting already on life support, do we really need another reason to make reporters shy away from tough reports?

I say this not to blast the much maligned Enquirer — this is what they do– and, on occasion, they do important investigative work. Furthermore, Chris Hansen is a high profile individual and must expect to be treated like any other well known personality. But the rest of the media (including this site) appear to be relishing the “aha” aspect to catching the  To Catch A Predator guy with a hidden camera. This a classic media moment with the always entertaining turning of the tables, but I hope it does not lead to fewer real media moments on stories that truly matter.