With Bill O’Reilly Out at Fox News, Is there a ‘Pro-Trump Commentator Curse’? 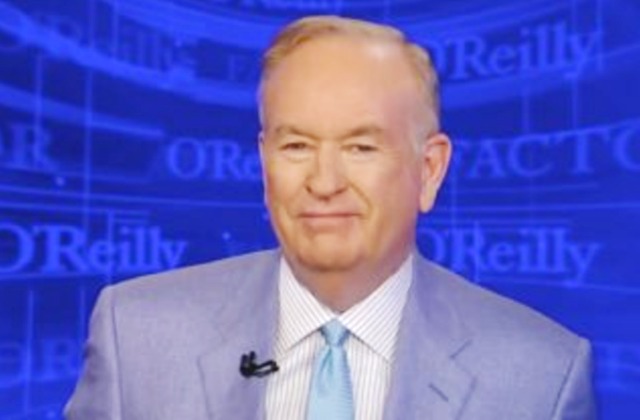 A couple of weeks ago, I examined whether Bill O’Reilly was likely to survive his sexual harassment scandal at Fox News. I said at the time that, while I had never heard of a talk host enduring such a catastrophic loss of advertisers, his survival instincts gave him a good chance to avoid the axe.

It now appears, at least in part, that my prediction was wrong and that O’Reilly’s remarkable era of cable news dominance is over because he no longer possesses the same street smarts he once did. It sure seems to me that O’Reilly, like a naïve and weakened mob boss from The Sopranos, allowed himself to be duped into taking a ride into the New Jersey swamps (in this case, an Italian vacation) by people who used to kiss his ass, but who he never should have trusted after his advertisers bolted.

Hilariously, O’Reilly’s lawyers are now claiming that he is the victim of what Hillary Clinton might have called, “a vast left-wing conspiracy” to bring him down. If only he had access to money, a large media platform, or people in power on which he could have relied to launch a counter attack!

It is truly remarkable to think that the most successful host in cable news history, who just helped get his longshot “milkshake” buddy elected President of the United States, could be let go so ignominiously. This is especially bizarre coming just a couple of months after having interviewed President Donald Trump before the Super Bowl and having the President publicly support him in an interview with The New York Times — all with his show’s ratings as high as they have ever been.

But what makes all of this even more amazing is that the fall of O’Reilly is actually part of a very real trend among the most ardently pro-Trump “conservative” commentators from the 2016 campaign.

Look at what has happened just at Fox News. Despite having arguably their most lucrative year ever (if you don’t count lawsuit settlements and severance packages), Fox has gotten rid of Trump pals Roger Ailes, Greta Van Susteren, and now O’Reilly.

If you add in the loss of Megyn Kelly to NBC, this means that the only remaining prime-time host from the 2016 primaries is low-talent Trump sycophant Sean Hannity. This is basically the equivalent of the New England Patriots coming off of last year’s Super Bowl victory and beginning 2017 with Tim Tebow as their starting quarterback.

O’Reilly isn’t the only “conservative” commentator who President Trump has singled out for public praise, who soon suffered professional consequences. Trump tweeted support for Milo Yiannopoulos after violence erupted at a planned speaking engagement. Right after that he lost his book deal and his job with Breitbart.com.

Trump lavishly praised Fox pundit Judge Andrew Napolitano at a major presidential press conference for having reported a false story intended to support Trump’s lie about having been spied on during the campaign. Napolitano was then immediately suspended by Fox News.

This phenomenon extends even to those Trump cheerleaders who he hasn’t publicly supported as president. Head pom-pom girl Tomi Lahren has been taken off the air at The Blaze for being disingenuous about her positions, including a rather dramatic flip towards supporting Trump during the campaign. Pro-Trump conspiracy nut Alex Jones was just forced to apologize for his “PizzaGate” lie and to confess in court that his whole shtick is just “performance art.”

Of course, while it happened before Trump was elected, I would be remissif I didn’t at least mention what happened to Billy Bush. We must remember that the standards for being on a major TV outlet is now higher than for being president.

So, what is really going on here? As much as I would love to believe that there is a sort of cosmic karma creating some justice for those who have tried to profit from selling out to a dangerously unqualified liberal conman, I doubt that’s what is really happening. That theory feels way too much like the “Bermuda Triangle” concept, or the idea that there was a curse on those who helped O.J. Simpson get away with killing two people. (So why is Robert Shapiro still doing just fine?!)

While it would be great to think that there is somehow some semblance of rationality in our public discourse and some correlation between doing bad things and getting punished, the reality is that this all likely due mostly to coincidence combined with the simple domino effect of Ailes’ departure from Fox News.

But even though the trend may be coincidental, perception is usually reality. Consequently, Trump’s once golden touch is going to now be seen more as a kiss of death, at least within the “conservative” media. Some “conservatives” might at least think twice before selling out to him even more than they already have.

The last couple of months have made it exceedingly clear that, much like with Trump himself, siding with him too dramatically might pay some dividends in the short run, but in the bigger picture it is simply bad for business.