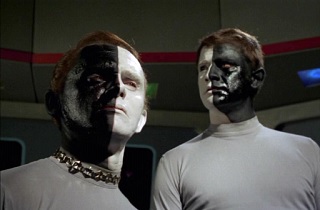 Welcome back to an all-polling May Day here in my corner of Mediaite. While every recent public opinion survey has contained overwhelmingly good news for fans of keeping guns away from terrorists, one of them contains perhaps the most blatant, cranial desk-battering examples of the contradictory results this issue has spawned. Something is either seriously wrong with people, or seriously wrong with Gallup, because more than half of respondents who don’t agree that Congress should have passed a bill requiring background checks also said they would vote in favor of background checks in a ballot referendum.

Universal background checks have consistently polled at around 90% (86% in a recentWaPo poll), but those same polls have consistently shown a disconnect between those who favor specific gun laws and those who favor “gun control” broadly. Recently, Pew polled a group of people who presumably also support background checks at around 90%, yet only 47% of them were displeased that the Republicans killed the background check law. That means that a great many of the poll’s respondents were “happy” or “relieved” that a law they supported did not pass. What the hell?

That poll, as confounding as it was, at least had the excuse that they were asking for squishily useless responses about feelings, without asking useful followups like “Are you happy because you wanted a stronger law?” or “Are you angry because the bill wasn’t defeated using actual firearms?” The question didn’t match up well with the one about support for background checks, either.

But in the Gallup poll out this week, respondents were asked “Do you think the Senate should or should not have passed the measure to expand background checks for gun purchases?”

A large majority, 65%, said yes, although that’s significantly less than the 90% support background checks have enjoyed in nearly every poll.

Then, these exact same people were asked “Would you vote for or against a law that would require background checks for all gun purchases?”

Not only is this almost exactly the same question, but the wording on the second question is actually slightly stronger than the first. The result? 83% said they would vote yes, which means that 51% of the people who didn’t say the Senate should have passed “expanded” background checks said they would, themselves, vote to pass background checks for all gun purchases. Gallup takes two paragraphs to explain that they don’t have a clue why:

Both questions — the one asking about the Senate vote, and the referendum asking whether respondents would themselves vote for a law — refer to the concept of new legislation. Presumably the types of objections to the Senate bill noted above could also pertain to the law asked about in the referendum question.

Thus, these explanations do not necessarily help explain the discrepancy between the support level for the Senate bill and the support for a law voted on in a national referendum. But they do highlight that some opponents of the Senate bill apparently have concerns about not just the content of the bill, but also its effectiveness.

So, why not ask these people  what’s wrong with them? It’s not like they can’t ask open-ended questions. They asked the “no” respondents to the first question why they answered that way, and got a laundry list of NRA talking points. Why not ask the overlaps “why are you giving different answers to almost the exact same question? Is your Mommy home?”

That overlap effect, not surprisingly, was most pronounced among Republicans, 45% of whom said that the Senate should not have voted to expand background checks, but then said they would vote to require background checks on all gun purchases at a rate of 73%! Independents were second-stupidest, at 64% to 80%, and Democrats were least stupid, responding “yes” to the first question at 85%, and 96% for the second.

As maddening as this poll is, it does demonstrate one thing with absolute clarity: people really want background checks, even when they don’t want them.