Zimmerman Juror Signs With Literary Agent, Book Will Reveal Why Jury ‘Had No Option’ But To Acquit

Zimmerman Juror Signs With Literary Agent, Book Will Reveal Why Jury ‘Had No Option’ But To Acquit 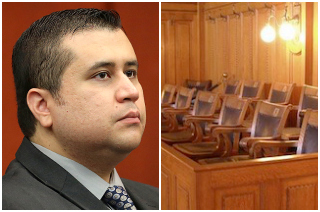 Juror B37 has signed with a major literary agent less than forty-eight hours after delivering a not-guilty verdict in the murder trial of George Zimmerman.

Sharlene Martin of the Martin Literary Agency nabbed the juror, who at this point remains anonymous. Though no book deal has been announed as of yet, Juror B37 has indicated she would write the proposed text with her attorney husband.

My hope is that people will read Juror B37’s book, written with her attorney husband, and understand the commitment it takes to serve and be sequestered on a jury in a highly publicized murder trial and how important, despite one’s personal viewpoints, it is to follow the letter of the law. It could open a whole new dialogue about laws that may need to be revised and revamped to suit a 21st century way of life. The reader will also learn why the jurors had no option but to find Zimmerman Not Guilty due to the manner in which he was charged and the content of the jury instructions.

Juror B37 is not the first to enter the literary realm. Mark and Sondra Osterman, witnesses for the defense, published a book defending Zimmerman in September of 2012.

No word on whether the still-anonymous author might be J. K. Rowling.