Here's Why We Are In a 'Constitutional Crisis'
Opinion 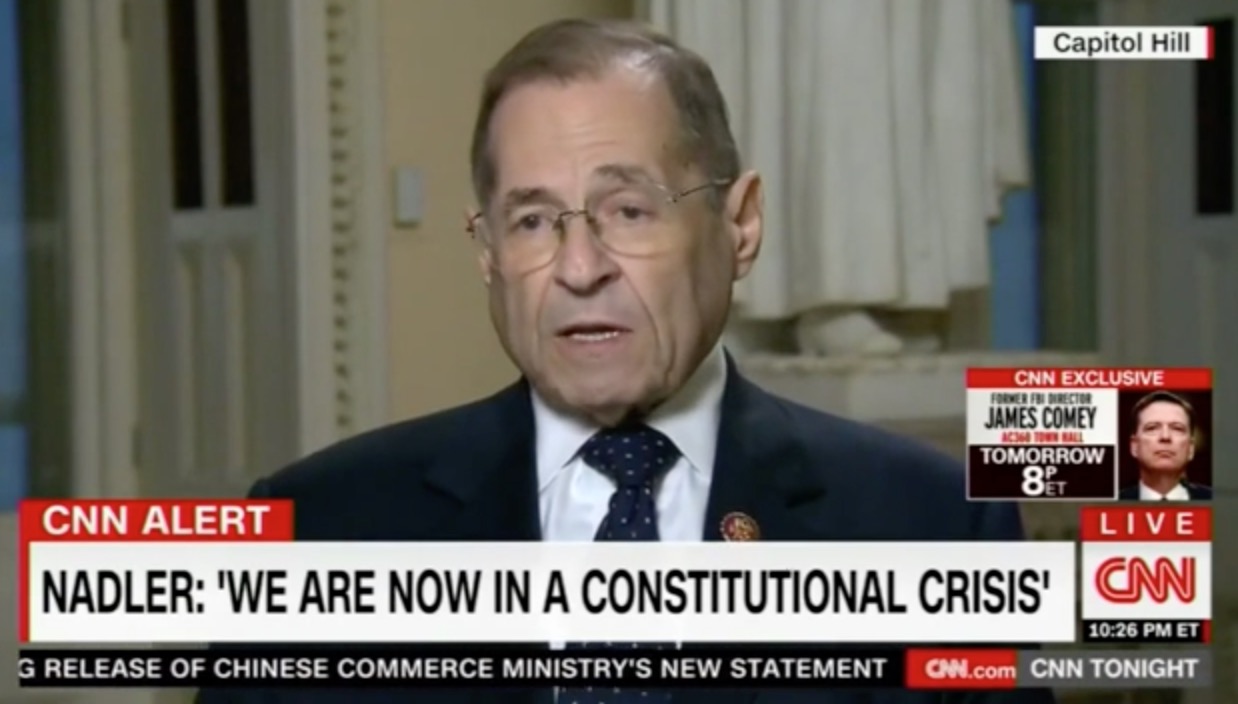 Yesterday, live on cable television, Rep. Jerry Nadler, the chairman of the House Judiciary Committee, dramatically declared that we are now in a “constitutional crisis.” This was just after his committee had voted to hold Attorney General Bill Barr in contempt for his refusal to comply with a subpoena for the full Mueller report, on which President Donald Trump, rather bizarrely, has now invoked Executive Privilege.

Nadler’s claim is not without justification. The Trump administration, in an apparent attempt to mute or even cover-up the real findings of the Mueller investigation as much as they possibly can, has taken numerous actions that threaten our system of checks and balances, which is based on three co-equal branches of government not overreaching their authority and respecting the proper roles of the other two.

It is probably a good time to examine how it is that, despite having the best governmental structure humans have ever created, we have somehow gotten to this precarious point, with no apparent way out of it. The story of this system-wide failure is a narrative that makes just about everyone look really bad, and where there are sadly no heroes.

In short, the American experiment was set up with numerous failsafe mechanisms in place as way to prevent something like the situation we are currently in the process of facing from ever fully coming to fruition. Here is a, surely incomplete, list of where and how that machinery failed thanks to what might be called a perfect storm of circumstances.