Here is Why Trump ‘Wins’ When Facing Non-Friendly Interviews, and What Should Be Done About It 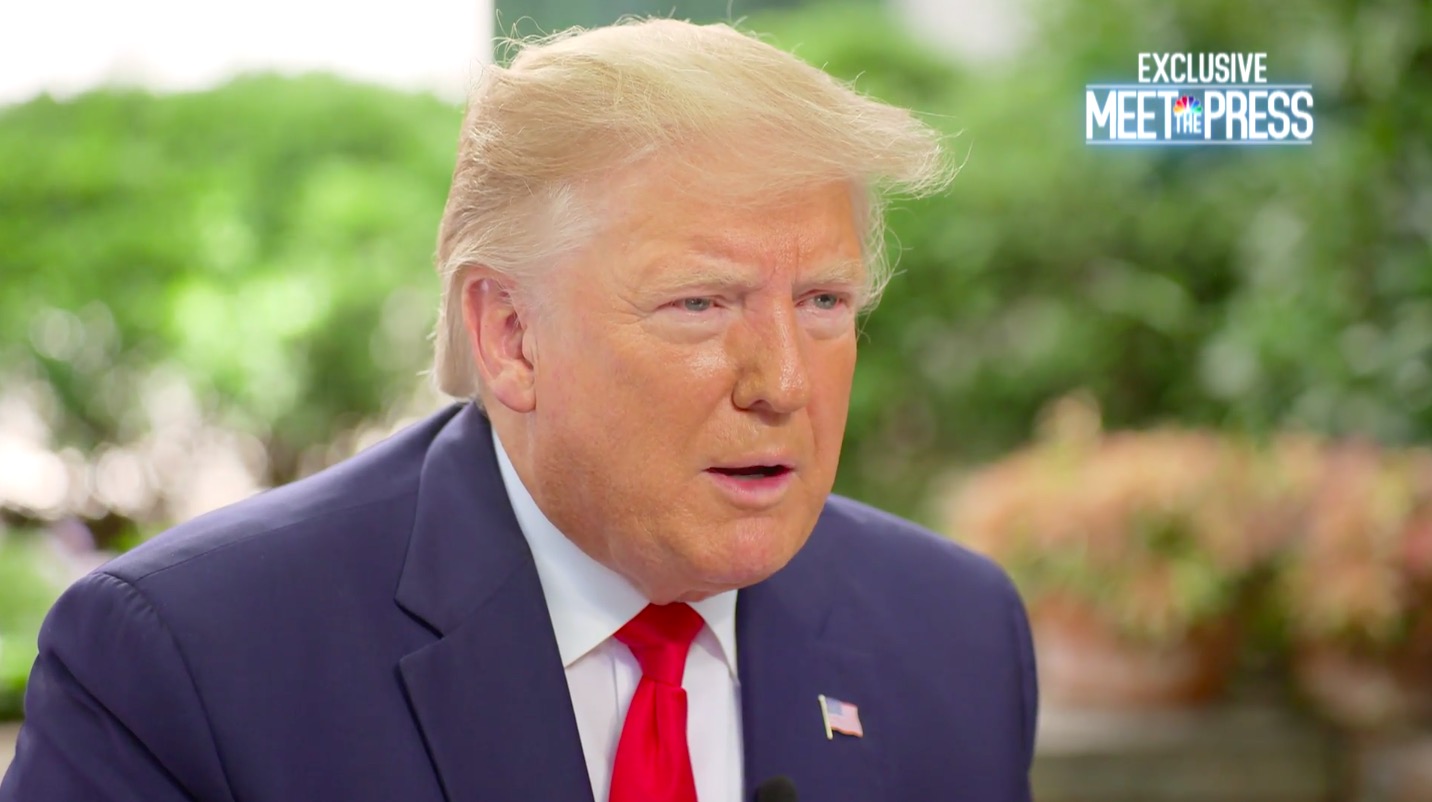 A large part of President Donald Trump’s “genius” is that he understands the inherent advantage being able to lie with impunity provides the fabricator when going up against someone who cares about the truth. This is mostly because we as a culture are still extremely hesitant to condemn someone as a liar, and yet weirdly don’t really punish powerful people once it has finally been proven they lied.

Therefore, lying provides someone with a huge head start, along with the ability to fight any contest on their own terms. This is especially the case when the race they are running is a sprint, instead of a marathon.

Very early in his life, Trump learned that if you claimed to be a billionaire, and acted like a billionaire, that everyone, including the morons in the news media, would believe you and even treat you like one. At the very least, the vast majority of people are afraid to call bullshit, mostly out of fear of being wrong about such a serious charge, while also ending any hope that they might be able to get some money from you.

Trump, a classic conman, has clearly mastered this form of manipulation, particularly now that he is president of the United States and the threshold for the “elite” news media calling him a blatant liar has been pushed even further to his benefit. Since he knows well just how pathetically tiny the attention spans of the media and the public are, he is safe knowing that he can easily finish a short race without ever being forced into a landmine that might actually cause him some real political damage.

In the past week, we have seen this phenomenon play out twice on national network television when Trump, for the first time in many months, exposed himself to sit-down interviews with non-friendly news personalities. First with ABC’s George Stephanopoulos, and then with NBC’s Chuck Todd, Trump went into what should have been dangerous hostile territory and, for the most part, at least among his supporters, somehow emerged largely unscathed, and arguably with two “wins.”

There are several important explanations for how this was allowed to happen. The first is that Trump’s “Fake News!” mantra has so inoculated him among his “Cult 45” base that he could literally give the worst interview in history to a liberal mainstream outlet and it would be blown off by the vast majority of Republicans, and all of the state-run “conservative” media, as just another example of how the mainstream media is out to get Trump.

The second is that Trump has, through the shear nuclear magnitude of his constant deceit, has reduced the price he must pay for saying something which is untrue, even when proven, to be basically nothing. When you know you can lie constantly and effectively not be held accountable, it is like an offensive line in football free to break any rule they want, secure that even if they get called for holding, the penalty will not be enforced.

Armed with the knowledge that his interview opponents have no credibility with his supporters, and that the rules of engagement are demonstrably in his favor, Trump has the freedom of a quarterback who realizes it is almost impossible to sack him. What is ironic about this phenomenon is that is remarkably similar to what Barack Obama experienced in the vast majority of his interviews, only for vastly different reasons (Obama knew the news media refs would never call a penalty on him, while Trump has figured out a way for the penalties to not be enforced).

Both Stephanopoulos and Todd were simply overwhelmed by Trump’s blizzard of lies and distortions. While both tried gamely at times to hold him partly accountable, in the end both were out of their league, mostly because they were playing the game based on old rules that Trump just refuses to accept.

The fundamental vulnerability in the way everyone tries to interview Trump is that they cave into two antiquated concepts. The first is that the president of the United States must be treated with extreme respect. The second is that, because it happens so rarely, their network’s interview must cover a large number of very diverse topics.

Right there, if the interview is a 100-yard dash, Trump is already 50 yards ahead before the starting gun has been even fired. Trump knows that all he has to do is lie, deflect, obfuscate, and change the subject (maybe even by telling a new bald-faced lie) and the interviewer will soon move on to another question, fearful that they will be seen as badgering the president, while also not being able to provide enough varied content to feed their network’s news monster.

To be clear, this is not an easy challenge, but one for which there is a potential solution. In short, when it comes to interviewing Trump, the news media is playing the arcade game “whack-a-mole,” when instead they should be digging for oil.

In this version of “whack-a-mole,” Trump sticks his head out of one subject where he has lied and then, before the news media can get a good shot at him, he has moved on to a new hole. This process continually repeats itself, which is why what should be massive scandals (like, for instance, the Trump Tower Moscow project), are so quickly forgotten that most of the public doesn’t even realize they exist.

If, instead of playing this game they cannot win, the news media was disciplined and patient enough (it would help a lot of they could work in tandem on this) to drill on just one subject with him until they finally struck pay-dirt, Trump would be in real trouble. The media needs to create new “Trump Rules,” where when the president tells a clear lie the interview does NOT move on until either he is forced to admit to that lie, or he walks out of the interview like the immature man-child that he is.

If properly executed, this gambit would surely work like a charm. Since it would require qualities that no longer exist in the modern news media, however —including a little imagination and courage—Trump probably has nothing to worry about, and should instead keep scheduling as many mainstream media interviews as he can.