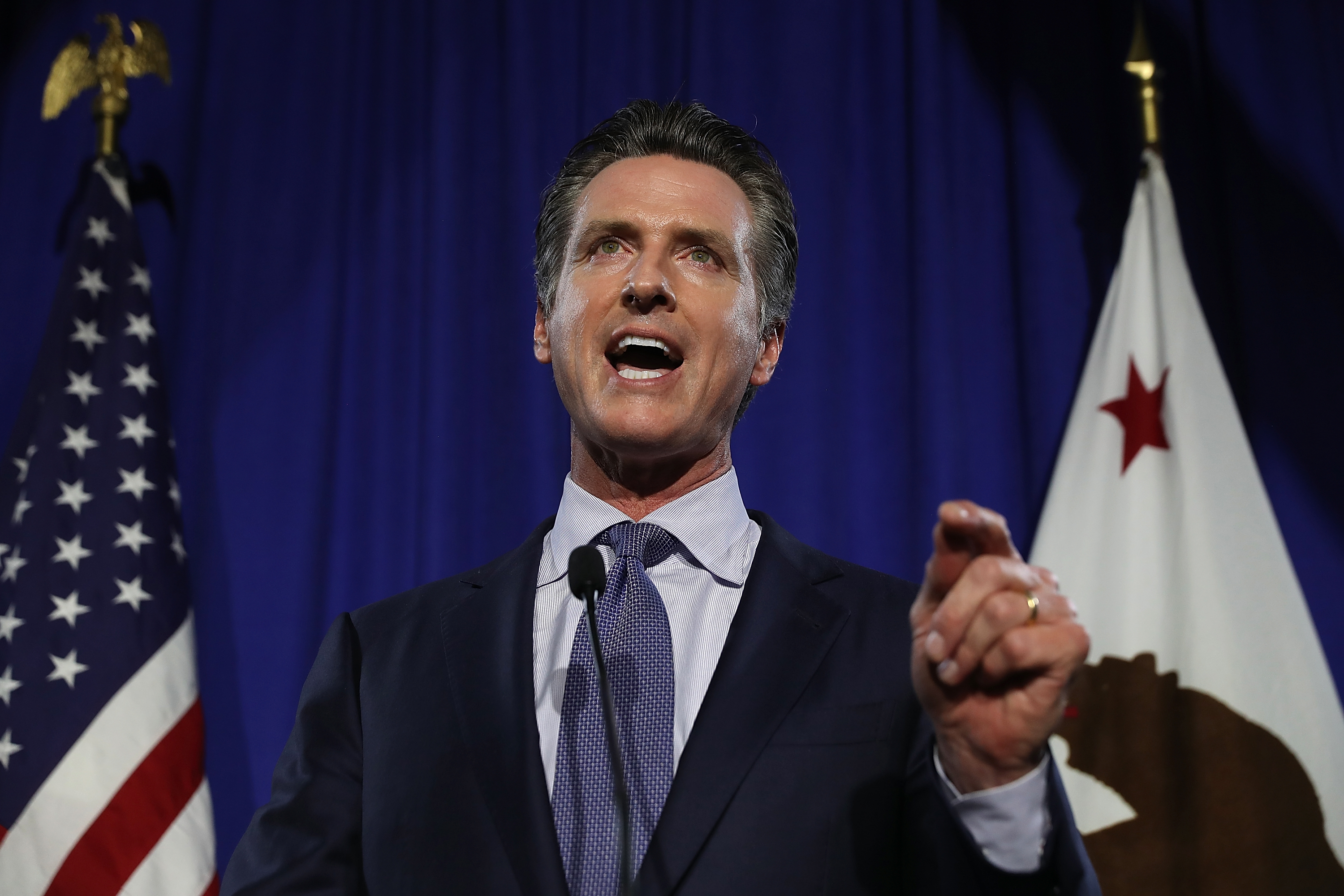 Last night, California Governor Gavin Newsom, with a single statement on television and no oversight, effectively shut down the largest state in our country, for at least a month. As a California resident, it means that me, my wife, and two young children, are essentially under “voluntary” house arrest, with almost nothing, including local parks, open to our use, even if we dared to even briefly come out of our domicile prison.

In what was now a clearly contrived effort to justify his coming shutdown announcement, earlier on Thursday Newsom dramatically declared that, in the next eight weeks, a staggering 56% of all Californians will be direct victims of the coronavirus. He later clarified that this prediction was based on the premise that we don’t take dramatic mitigation measures, thus protecting his backside for almost any eventuality.

The politically correct news media, completely neutered by their overwhelming desire to not be seen as doing anything against the cause of stopping the virus, blindly accepted this projection as legitimate. Newsom’s prediction, however, the foundation of what is very likely the most extreme and impactful measure ever taken by a governor in the history of our country, just does not hold up under even basic scrutiny.

It was, at best, totally irresponsible and clearly counter-productive.

Let’s start with Newsom’s baseline numbers, though just doing that is difficult because even they don’t seem to add up (Newsom apparently told Trump 25.5 million Californians would contract the virus, which is even higher than 56% of what is officially a state with just less than 40 million residents). Newsom’s claim requires that at least 22 million Californians test positive for the coronavirus in the next 55 days.

When he said this, there were only 1,000 confirmed cases in the state, resulting so far in 17 deaths. There is a widespread, not at all irrational, assumption that this 1,000 number is vastly underreported because of a lack of testing. Though if that is true, it should cause people to at least ask why there have been only 17 deaths, and there are no signs as of yet of hospitals here being overrun with coronavirus patients (though I have no doubt that they are being overly burdened by people who don’t have it, but who naturally are convinced they are infected because of the widespread panic).

Statistically, there are two ways you can get from 1,000 cases to 22 million in such an incredibly short period of time. Either you need to add about 400,000 new cases every day, or the number of new cases must increase by 20%, every single day, for the full duration of the time period.

The first scenario is simply completely out of the realm of all rationality based on what has happened every other place in the world, where several months into this the TOTAL number of known global cases (currently about 260,00) is FAR less than what would have to happen every day, for two full months, in California. The second method, which is obviously what Newsom is using, is based on the number of new cases increasing by 20% each day for the next eight weeks.

Indeed, as this chart indicates, if the number of new cases increases in California by 20% for each of the next 55 days, then over 22 million people in the state would have had the coronavirus. 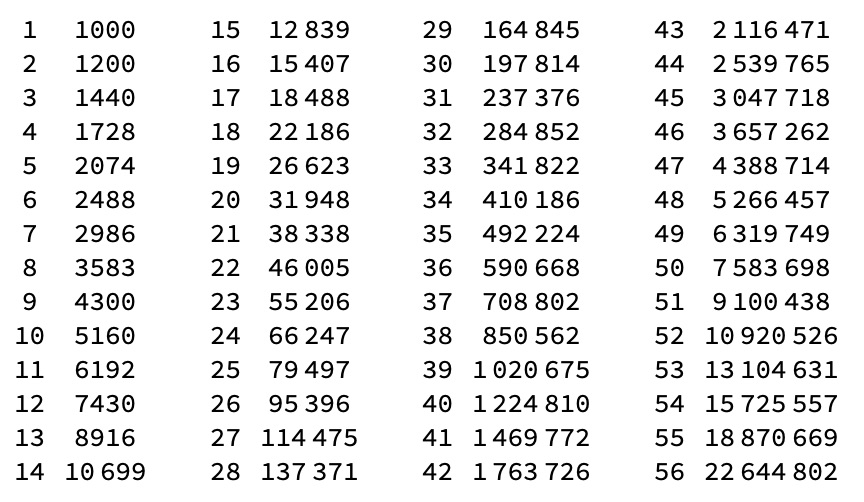 This premise is equally absurd, however, and actually works against the entire underpinning of Newsom’s shutdown order. For the sake of argument, it is absolutely possible, and maybe even likely, that the rate of new cases will indeed increase by 20%, or even more, in the short run, especially in the next week as more people finally get tested.

But the catastrophic flaw of this projection comes near the end of the eight-week period where, thanks to the concept of exponential growth, almost everyone gets the virus in last 10-12 days of the artificial timeframe. Even under Newsom’s very pessimistic projections, it also would have been totally accurate for him to say that “in six weeks, about 5% of Californians will have the virus,” but obviously that would not have been NEARLY dramatic enough to justify an unprecedented state-wide shutdown.

So what Newsom’s projections rely on (other than the fact that most people, including in the news media, are really horrible at math and logic) is that somehow, well over two months AFTER — if you count the time that has already elapsed since the coronavirus became all we talked about — every California resident was well aware of the dangers, 20 million new people, who have avoided it for months, are suddenly going to get this in less than two weeks. This scenario simply defies common sense and the obvious realities of this situation. (It also contradicts the data from every Asian country, including China.)

This projection doesn’t just presume no draconian mitigations tactics imposed by the government, it assumes that people haven’t even heard about the virus. In this dark fantasy world, no one is taking ANY precautions, people with the virus are not being treated and are still closely interacting with the others (or not dying and therefore unable to spread the virus further), there are no drug breakthroughs, and that when this massive of explosion of 20 million new cases occurs that it isn’t now May, with the weather presumably being much warmer.

At the heart of Newsom’s prediction is the utterly false choice that has driven so much of the governmental overreach in reaction to this horrendous pandemic. Newsom is pretending that we either “do nothing” (which no one remotely serious is advocating) or we shut down all life via governmental tyranny, but the reality is that there is a wide area in between these two extreme positions that has been totally lost, largely out of fear from our leaders and media being seen as somehow being soft on the virus.

So what Newsom has selfishly done here, all while being widely applauded, is to set himself up for a no-lose situation. If a catastrophe is avoided (we were never going to have 56% of the population get this here unless he himself was completely incompetent) then he is a hero. If it is not, he is was prescient and tried everything he could to save the many lives which were lost.

We are clearly in a major crisis requiring significant action, but terrifying already scared people with inaccurate and politically-motivated predictions is both morally wrong and counter-productive. The truth should not be yet another casualty of this pandemic, especially when the result is a dangerous precedent with regard to restricting our very way of life.