Mainstream Media Loses the 2016 Election (Or Did They?)
Opinion

How Media Paved the Way For Trump: Mainstream Media Loses the 2016 Election (Or Did They?) 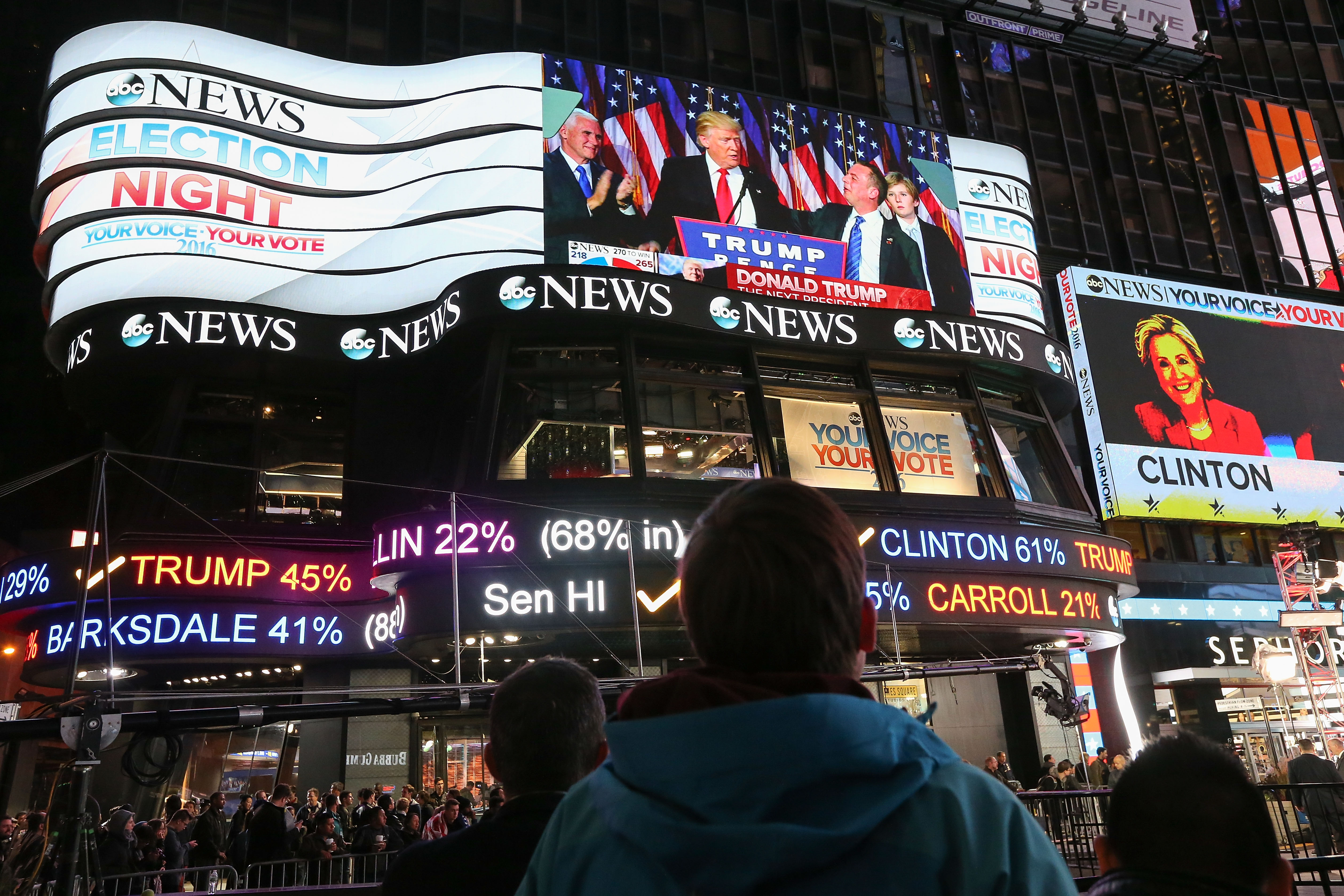 This is part seven of an eight-part series of columns by senior columnist John Ziegler, telling the story of the relationship between the mainstream news media’s demise as a cultural institution and the rise of Donald Trump, not only to the presidency of the United States — but as someone who now, despite unprecedented media opposition, is currently poised to be possibly reelected. Part six can be found here.

Of all of the astonishingly bad media behavior during Donald Trump’s shockingly easy run to the 2016 GOP presidential nomination, the most inexplicable was the utter lack of legitimate vetting of him by the mainstream news media. There were numerous incidents which, if it was any other Republican campaign in history, the news media would have certainly used to destroy his candidacy, but instead they mostly just noted before quickly moving on to the next shiny object.

While there are far too many examples of this phenomenon, a few deserve special mention.

One of my personal favorites is Trump blatantly lying to the Today show about a tape of him embarrassingly pretending to be his own publicist “John Barron.” Not only did Trump clearly lie about this, but it was a story that could be easily understood, had overwhelming and entertaining proof, and could have driven a dagger right into the heart of his entire phony “alpha male/super rich guy” narrative (super rich guys obviously don’t have to pretend to be their own publicist).

Related to this was that Trump’s very shaky status as a legitimate billionaire was also never fully focused on by the news media, which I attribute mostly to the extremely dangerous tendency in the press (one Trump fully understands) to blindly believe anything that the New York media universally accepts as true. It was somehow not until well after his election as president that we finally learned that Trump had lied to Forbes in order to get that gross misperception of his fake wealth cemented as the essence of who he is (part of this was because the mainstream media, especially NBC, had already benefited from creating the myth of Trump as super-rich celebrity for their own benefit, making it more difficult for them to admit that was all just a convenient ruse).

Then there was the complete lack of curiosity, an example of extreme malpractice, that the news media had in what was clearly the National Enquirer tabloid working as a literal arm of the Trump campaign. Of course, we only learned after Trump was elected that the National Enquirer was engaged in a likely criminal conspiracy with Trump to cover up his dirty laundry, meaning, most importantly, that Trump somehow took the oath of office knowing that the tabloid, whose tactics are much like that of a terrorist organization, had enormous leverage over him.

Similarly, we now know, in what is maybe the most mind-blowing fact of the 2016 election that, even after winning the GOP nomination Trump was actively trying to make a deal with the Russian government to build a massive Trump Tower in Moscow. We also know that he lied about it numerous times (with his personal lawyer later committing perjury on the topic while testifying to Congress). While it would have taken some great journalism to find this out at the time, given Trump’s very strange penchant for praising Vladimir Putin, and his long history of wanting to do business in Russia, for a vibrant fourth estate it would have hardly been impossible.

And yet, largely due to news media incompetence, the vast majority of Americans never knew any of these topics were even serious issues and, amazingly, still don’t to this day.

There are a lot of possible reasons for why the media failed so spectacularly here, with not wanting Trump out of the race for both economic and political agenda purposes near the top of the list. But a more innocent explanation deals with the treacherously tiny attention span of the modern media consumer and, consequently, also that of the outlets providing those customers the news.

In a sense, the mainstream news media was like a fisherman in a sea with such an embarrassment of angling options that no matter what Trump story they caught, they quickly threw it away, convinced that the really big one would be hooked at any moment. This clearly worked to Trump’s advantage in multiple ways.

One of them was that, because we now live in such a fragmented media environment that it’s not what is “reported,” but rather what gets “repeated” that carries the day, many stories the general public had no clue about where incorrectly deemed “old news” for the general election. But a much more significant factor was that the news media felt no urgency to change where the contest between Trump and Hillary Clinton appeared to be heading.

Based on all the polling, the mainstream media was going to get what was for them the best of all worlds. An entertaining and close-enough-to-create-drama general election that ends with the safer and more liberal alternative winning.

They could even pretend to be honest and fair arbiters by creating a false equivalence between Hillary’s email problems, a story they never let die, and everything else Trump was doing which should have made him utterly unqualified for the job. After all, everyone knew that there was no real danger of Trump actually winning.

Then, a month before the election, the big fish the media had been waiting for suddenly landed in the form of the now infamous “Access Hollywood Tape.” But much like Ernest Hemingway’s iconic character in Old Man and the Sea, by the time they got the big whopper to shore, there was almost nothing left.

The media’s hysteria over the “pussy” tape was well-founded, but all-too-typically misguided. Being liberals who see everything through their lens of political correctness, they focused on the theoretical “sexual assault” aspect of the recording, rather on his out-of-touch “when you’re a star, they let you do it, you can do anything” comments, which may have had more of an impact among his blue-collar voting base (maybe more importantly, it also pushed the emerging story of Russia’s influence on behalf of Trump totally out of the news cycle).

What the news media understandably thought was their knockout punch for Trump ended up barely leaving a mark. This was, in part, a consequence of many years of the news media squandering the public’s trust (especially among Republicans) and their loss of their monopoly over the political narrative.

Still, it appeared that Hillary remained a lock to win — until FBI Director James Comey’s press conference temporarily, and it soon turned out needlessly, reopened the investigation into her emails. The media, perhaps overconfident and trying to assure plenty of suspense for their election-night coverage, dramatically over-played the story, thus inadvertently giving undecided voters enough of an excuse to break in Trump’s direction.

As we all know now, Trump won via the most remarkable Electoral College upset in our history. The news media, our last line of defense in a “Fail Safe” system once specifically designed to prevent something like this from happening, had utterly failed.

There was no doubt that most mainstream news media members were personally upset by the result of the 2016 election, but did they really “lose”? The way his administration would progress seems to suggest that much of the news media ended up actually winning, at least in the areas about which they care most.

Tomorrow, in the final installment of this 8-part series, Ziegler looks at whether both Trump and the news media have benefited from each other during his administration and how that might impact his bid for re-election.