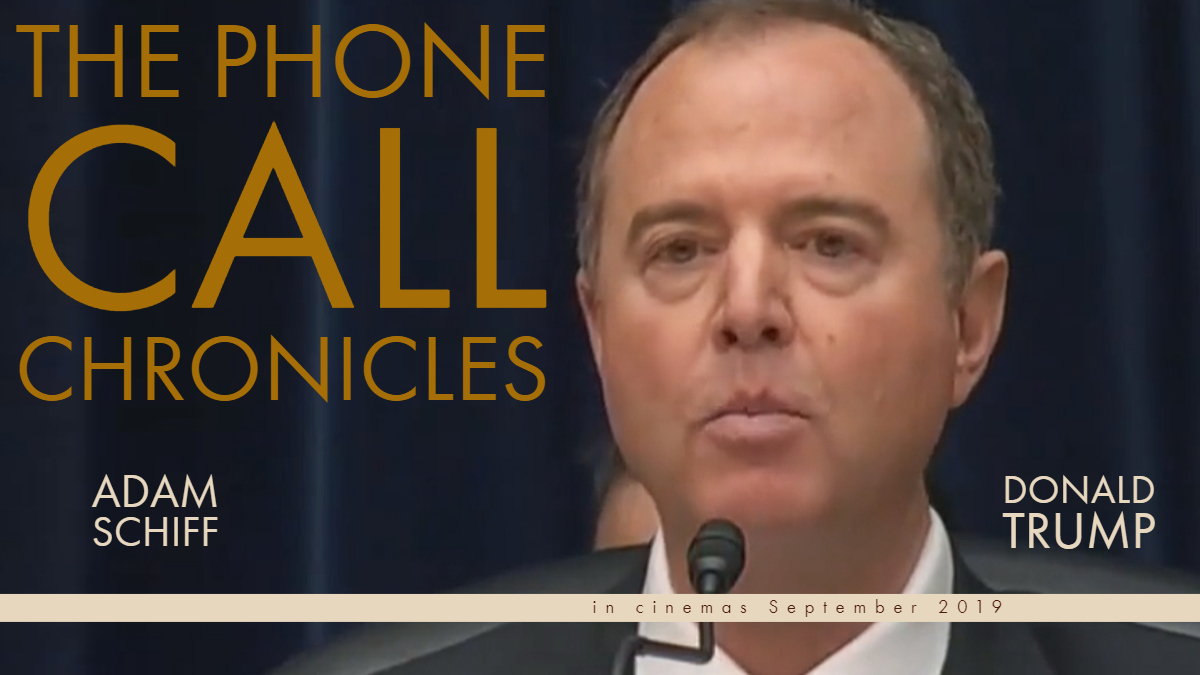 And that show started with a fictional account, a monologue, embellished for dramatic purposes, delivered with grave concern and grandiose theater by committee chair Rep. Adam Schiff. The dramatic retelling of the infamous call between between President Donald Trump and Ukraine’s President Volodymyr Zelensky.

His account was not a reading of the actual transcript of the call between President Donald Trump and Ukraine’s President Volodymyr Zelensky, but instead was what Schiff later referred to as “parody.” As he was reading the commentary, Schiff said that it represented the “essence of what the president communicates” to Zelensky.

“Shortened of its rambling character, and in not so many words,” was his initially offered disclaimer, not that it was a “parody.”

“This is, in sum and character, what the president was trying to communicate with the President of Ukraine,” said Schiff. “It would be funny if it wasn’t such a graphic betrayal of the President’s oath of office.” Remember, he is referring both to the call and to his own paraphrasing of the essential essence of it.

Later in the hearing, when Rep. Mike Turner (R-OH) was questioning DNI Joseph Maguire, he brought up Schiff’s opening remarks, and belabored that they were not an actual reading but rather a “parody” and “fiction.” He added that it is lucky the American people are smart enough to understand, and that they have the actual readout of the call available to them.

Picking up on that explanation, and doubtless reacting to what had become a social media slugfest, Schiff addressed — walked-back you could say — the commentary.

“My summary of the president’s call was meant to be at least part in parody,” he said. “The fact that that’s not clear is a separate problem in and of itself.”

The obvious implication here, and a sort of hanging of a lantern on the original objective, was that the parody wasn’t all that far from reality anyway. So much so that it could be mistaken for the real thing. “A problem in and of itself,” says Schiff.

“Of course the president never said, ‘if I–if you don’t understand me I’m going to say it seven more times.’ My point is that’s the message the Ukraine president was receiving, in not so many words,” said Schiff, excruciatingly spelling out the ill-advised paraphrase.

The ridiculousness of the situation was not yet at an end, however, as Rep. Brad Wenstrup (R-OH) brought it up one more time, and roped in hypothetical media malfeasance for good measure.

It was a drama unto itself, as well as a tragic comedy. Not to say that “tragic comedy” isn’t frequently the theme of televised House hearings, but this in particular was a mess.

Everyone involved had the kernel of a genuine point: Schiff was right it was parodic and disclaimed, Turner was right that the actual memo and complaint are available to all, and Wenstrup is right, if himself overly dramatic and doom-saying, that there is genuine danger of the excerpt making the rounds absent context and becoming the “known fact” of what transpired on that fateful call.

They each also had a lot wrong, including referring to what was formulaic snark as mere parody. In modern parlance and the age of internet-influenced conversation, “parody” doesn’t quite capture it.

Which is why, in the end, it really is Adam Schiff who screwed up, here. He didn’t sufficiently disclaim his ostensibly satirical paraphrase but instead presented it in a preening and bellicose fashion, and in his continuing remarks built his opening narrative upon that fake account of what transpired.

Schiff’s snark, and it was snark, was wholly out of place. It was inappropriate, poorly delivered, and has the potential to be misused. It was, in short, fake news. Worthy of a Snopes fact-check.

It was good snark. It was snide, a little pompous, derisive, it parodied Trump while also illuminating him — that’s how good snark works. That’s the recipe. But such things are at home online, as a biting commentary, not in a House hearing transcript as part of building a case.

Besides, we’ve seen this movie before, haven’t we? It’s the one that’s all fan-service and damn the critics. Aren’t you getting tired of watching it over and over?