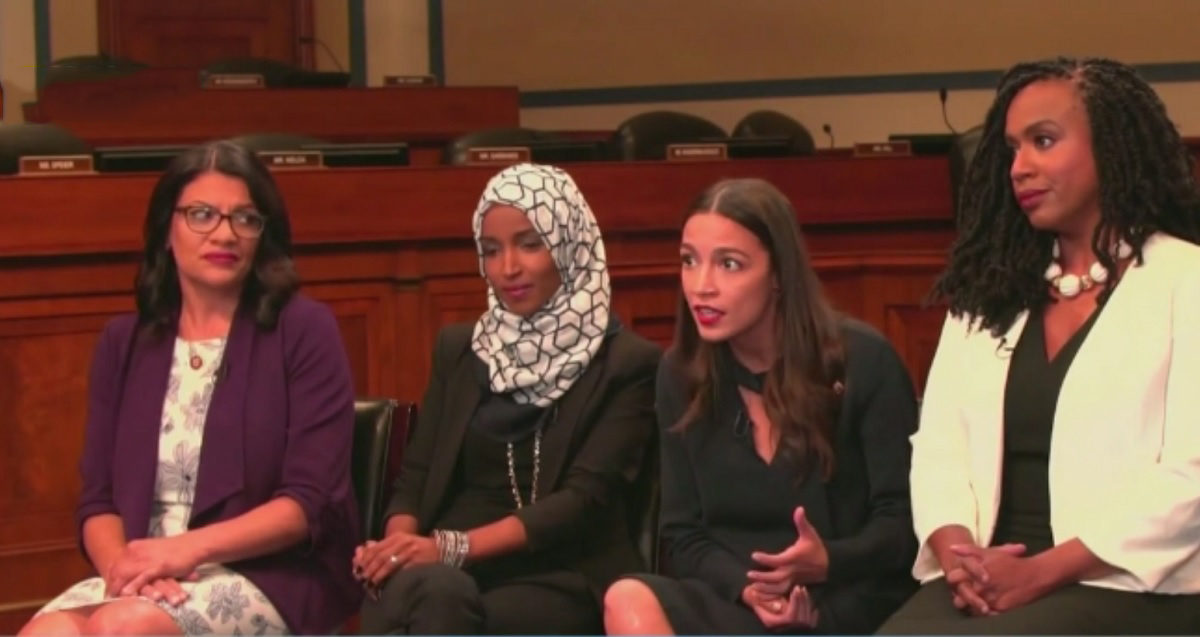 The ongoing battle between President Donald Trump (as well as his team of Republican Congressional enablers) and the four freshman Congresswomen of color under repeated rhetorical attack is not just an ugly episode that reveals our nation’s divided state. It’s also a battle in which there are no clear winners or even a side to support, which is odd given how “the Squad” has been so unfairly mistreated.

But the manner in which the Representatives Alexandria Ocasio-Cortez, Ayanna Pressley, Rashida Tlaib and Ilhan Omar have reacted in the press has turned what should be a clear win for each of them — and their disruptive policies — into political losses that come dangerously close to alienating the very people who were inclined to leap to their defense after Trump’s attack.

Of course Trump’s “go back to where you came from” tweets on Sunday, and his repeated doubling down of this Archie Bunker-esque “love it or leave it” diss, has been racist in nature. It’s ugly, divisive, and clearly designed as a means to shore up the support of a base that agrees with the core “otherization” at play.

At risk of blaming the victims, however, the four Congresswomen are also complicit by virtue of their publicity-seeking reaction. Yes, they have every right to defend themselves fairly from these attacks. But the manner and tone in which they’ve responded has done them little favor.

They first responded as a quartet on Monday afternoon, each reasonably taking a turn to make a statement in response to Trump’s racist attacks. Pressley opened with a pitch-perfect answer, basically saying that they would not take the President’s bait. But she was followed by the others who each, to some extent, took the bait.

In an interview with CBS’s Gayle King that aired Wednesday, the congresswomen so messily played the identity politics card, that they also sprayed Speaker Nancy Pelosi with friendly fire. Picking a fight with such a respected congressional veteran, and a woman of such experience was not a smart move.

King mentioned this alleged beef specifically, asking the four newly elected representatives  “when you say things like the speaker of the House is being disrespectful to women of the color, is she, according to you, being disrespectful to women of color because of your color, or because she doesn’t like your policies or the tactics that you all are taking to make your point?”

At the time, Ocasio-Cortez responded to Pelosi’s remarks by saying that “the persistent singling out . . . it got to a point where it was just outright disrespectful . . . the explicit singling out of newly elected women of color.”

In the King interview, AOC clarified her remarks by saying she “did not say that she was disrespectful of women of color,” but added “I found some of the comments disrespectful, and that was my personal opinion. And I did feel that singling out on the basis of one vote was creating an opening.”

When King asked if the group is in contact with Pelosi, Rep. Tlaib blamed Pelosi for opening the group up to attacks, saying of AOC, “she’s the new member, not the speaker,” adding that the Speaker “has every right to sit down with her in any moment, anytime, with any of us.”

“She is speaker of the House, she can ask for a meeting to sit down with us for clarification,” Tlaib continued, speaking of Pelosi. “The fact of the knowledge is, and I’ve done racial justice work in our country for a long time, acknowledge the fact that we are women of color, so when you do single us out, be aware of that, and what you’re doing. Especially because some of us are getting death threats. Because some of us are being singled out in many ways because of our backgrounds, because of our experiences and so forth.”

And there it is. Speaker Pelosi’s management of her own caucus, and occasional light criticism of what some may call rogue freshman members of Congress, is ostensibly unfair because they are women of color. Playing that out logically, no member of any disenfranchised or oppressed minority can ever be criticized, which is where the squad’s press campaign has started to erode centrist support.

Perhaps more than anything else, these four have largely gotten their reactive messaging all wrong. When getting attacked for “hating” this country (yes, unfairly), the smarter response isn’t spouting a litany of complaints about this country. While not fair, the more savvy reaction would be to wrap themselves in a metaphorical flag. It’s what the GOP does all the time.

These Congresswomen are well within their rights to defend themselves from Trump’s unfair, insidious, and racist attacks. By pressing this line of attack on Pelosi, the Squad is wasting a golden opportunity to unite with the speaker against Trump, and to invite her to find common ground with their progressive ideas.

It is long past time for everyone to take a deep breath and let this news cycle go past. And while it’s not fair to expect these congresswomen to take the high road and move on, it is exactly the transcendent moment we so sorely need. And that will NEVER come from President Trump.

Colby Hall is the Founding Editor of Mediaite and is well aware that he is using “squad” as shorthand in this column despite ridiculing that very practice in an analysis published Tuesday.