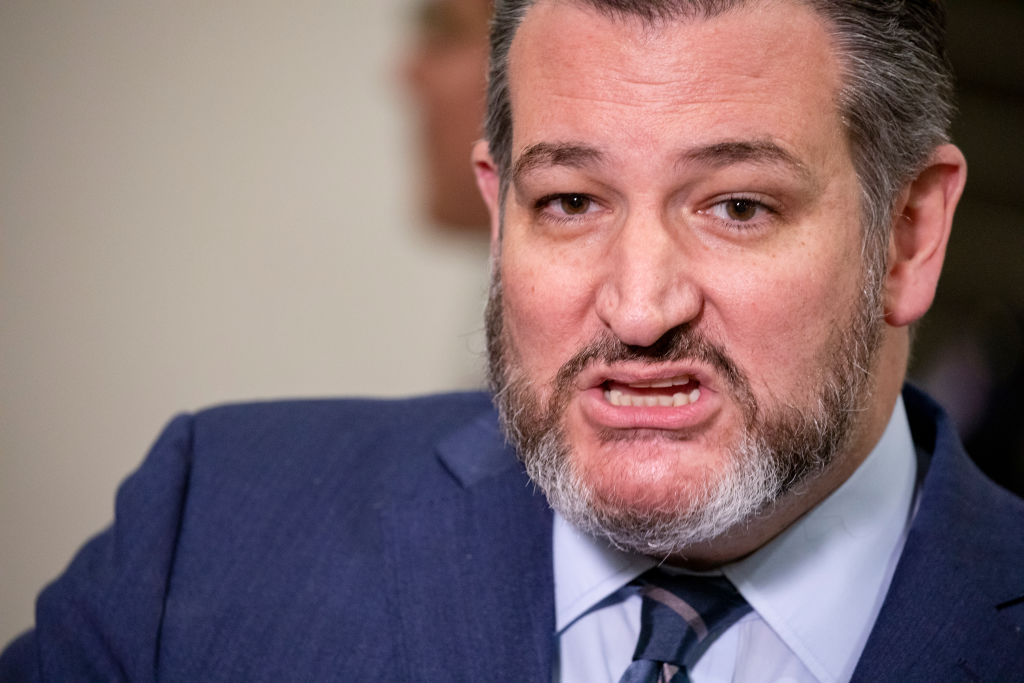 Former Mediaite writer Pardes Saleh tweeted a video montage that compared a Russian military recruiting advertisement to one from the U.S. Army. Cruz quote-tweeted the video and added his signature trenchant commentary, writing “Holy crap. Perhaps a woke, emasculated military is not the best idea…”

Perhaps a woke, emasculated military is not the best idea…. https://t.co/8aVFMW98NM

The video Cruz tweeted intercut the Russian video with snippets of an ad featuring Cpl. Emma Malonelord, a soldier with two moms whose story attracted so much abuse on YouTube that the Army disabled the comments section.

The reaction to Cruz’s tweet was quick and harsh, as many were quick to note that the Texas Senator famous for visiting Cancun while his state was in a historic electric catastrophe, was not only calling the US military weak and emasculated, but he was ALSO sharing Russian propaganda, “like a punk-ass traitor,” wrote at least one fair-minded and reasonable critic.

As one can see below, Cruz continued his ill-thought approach of  a “best defense is a good offense” by calling out the “lefty blue checkmarks losing their minds, dishonestly claiming” that he was “attacking the military” (even though he was.)

Senator Cruz went further, however, adding that “Dem politicians & woke media are trying to turn them into pansies.”

Yes, the term “pansy” is considered a derisive and homophobic term, at least according to the nation’s largest LGBTQ rights organization, Human Rights Campaign, who just last year called out another Republican official for using the homophobic slur.

Needless to say, things on Twitter went from bad to worse for Senator Cruz, whose political self-owning reminds one of Sideshow Bob stepping on multiple rakes in the famous Cape Fear episode of The Simpsons.

In a weird twist that neatly illustrates the current state of American politics, however, the Twitter attacks on Cruz’s idiocy will only make him politically stronger to a base that appears to support this sort of moronism (apologies to morons) while the attackers will find glee in pointing and laughing at the Texas Senator’s rake steppage.

You can read the mocking tweets below, for fun and entertainment:

My 65 year old, female neighbor said it best, “I have more balls than Ted Cruz.” https://t.co/JRFVjiusZy

Ted Cruz wishes he had the balls of the women I served with. https://t.co/oeR4nPIGJj

On the left, a trans U.S. soldier. On the right, Ted Cruz. https://t.co/x1ozE8QEj0 pic.twitter.com/XY8LBVlG1H

Actually it was the part where you were promoting the Russian military using a propaganda video that I personally first saw on a @Facebook group called "The Real White Boy Summer" which also enjoys pro-Hitler and anti-BLM memes that people were pointing out, @TedCruz https://t.co/V0RMyRRhWG