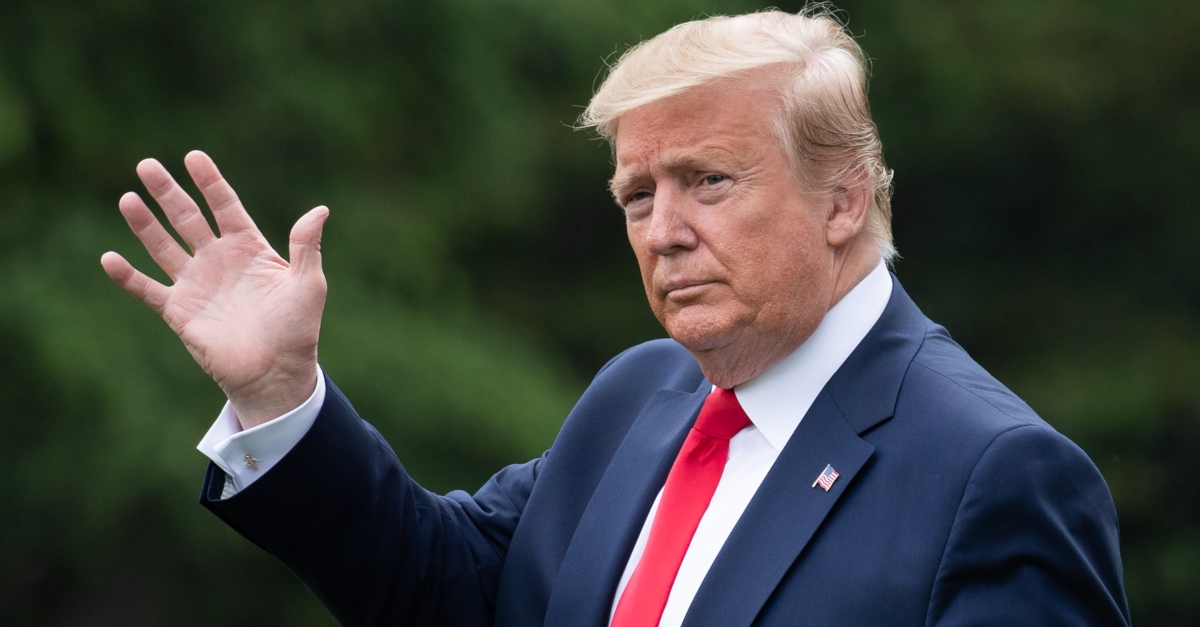 Rep. Jerry Nadler, the Chairman of the House Judiciary Committee, clearly wants President Donald Trump to be impeached. Normally, as the person in charge of starting such a proceeding, that would mean, given the overwhelming evidence against him in the Mueller report and from the public record, impeachment hearings would have already begun.

However, because House Speaker Nancy Pelosi is dead-set against impeaching Trump (at least for now she claims, while weirdly telling her agitated caucus she instead wants him sent to prison), Nadler’s nuts are currently in jar, probably on her desk. Currently impotent, Nadler is flailing around the edges of impeachment, scheduling witnesses for Monday for what might be referred to as a “pre-impeachment” hearing.

The “star” of this proceeding, which has all the makings of being pathetic, is expected to be CNN contributor John Dean. Dean is most well-known, to those over the age of 60, as Richard Nixon’s White House Counsel whose congressional testimony 45 years ago was critical in turning the tide against that president, eventually forcing his resignation from office.

In the state-run “conservative” media, Dean’s appearance has already been mocked and derided, not without some rationale, as being a desperate ploy to connect Trump to Nixon. Ironically, it is this very same pro-Trump media which prevents any comparison between what happened to Nixon, and what will happen to Trump, from being even remotely relevant.

I recently wrote that the evidence on which to base an impeachment of Trump is very strong and the process should have already been started, if not completed. The acts which a reasonable person can easily conclude Trump committed are far more egregious than what got Bill Clinton rightfully impeached, or what caused Nixon to leave office.

I have also, however, been the ultimate realist when it comes to how effective such an effort can be and, unless Robert Mueller soon decides to testify publicly, believe that impeaching Trump, even as historically significant as it may be, might cause more harm than good. There are many reasons for why this is the case, but the core of this problem lies in the most important thing Trump has that Nixon did not… a highly fragmented media, with his own “state-run” outlets completely invested in his survival.

There are many impeachment die-hards who believe that if congressional hearings simply bring forth the evidence against Trump, that his approval ratings will sink and that Republicans will eventually break away from him. After all, this is essentially what happened with Nixon who, in just two years, went from winning re-election in a landslide, to having approval ratings so low that Republicans told him he had to go.

But the media environment of 1974 is even less like that of 2019. Even less than the 1974 version of vicious boxer turned grinning grill salesman George Foreman is to today’s person of the same name. This is the primary reason why Nixon was doomed, and Trump is safe — now especially after Attorney General Bill Barr’s disgraceful blocking for him.

In 1974, most Americans only had 4-5 television channels and they actually regularly read newspapers and magazines with real news. Astonishingly, the congressional impeachment hearings (to be clear, Nixon was never actually impeached) at which Dean famously testified, were carried by all the major TV networks, meaning that it was nearly impossible for the average person to avoid them, and the message being sent about their magnitude was abundantly clear.

With no Fox News Channel, Drudge Report, or talk radio to rally the troops and provide some alternative “deep-state” BS narrative on which his weaker supporters could hang their hat of rationalization, the mainstream media was easily able to melt Nixon’s public approval like a wax candle in a hot summer’s day. And since no “conservative” media industrial complex existed, and there was no Twitter, Nixon had no brain-washed cult willing to dismiss everything they were hearing as “Fake News!”

Conversely, any such hearings today, at least those not including Mueller himself, will be jettisoned to the cable news networks, which have only a very tiny fraction of the audience share that the major networks had in 1974. It is even doubtful that Fox News would give them anything more than cursory coverage, highlighted by commentary about how meaningless and boring the whole thing is.

Over time, the liberal mainstream media’s power has been diluted, both by fragmentation and their own many missteps, to the point where it now has almost no political influence at all over the 40% of the country which strongly backs President Trump. Since we now live in a hyper-partisan era where every elected Republican is a slave to a cult-like base, this means that none of them are going to join GOP Rep. Justin Amash in doing the right thing.

Unless about 500 cable channels and streaming outlets suddenly go out of business, no hearings the type of which is scheduled for Monday are going to change that.