Why is the Media Giving Trump a Pass For His Self-Defeating Illegal Immigration Policy? 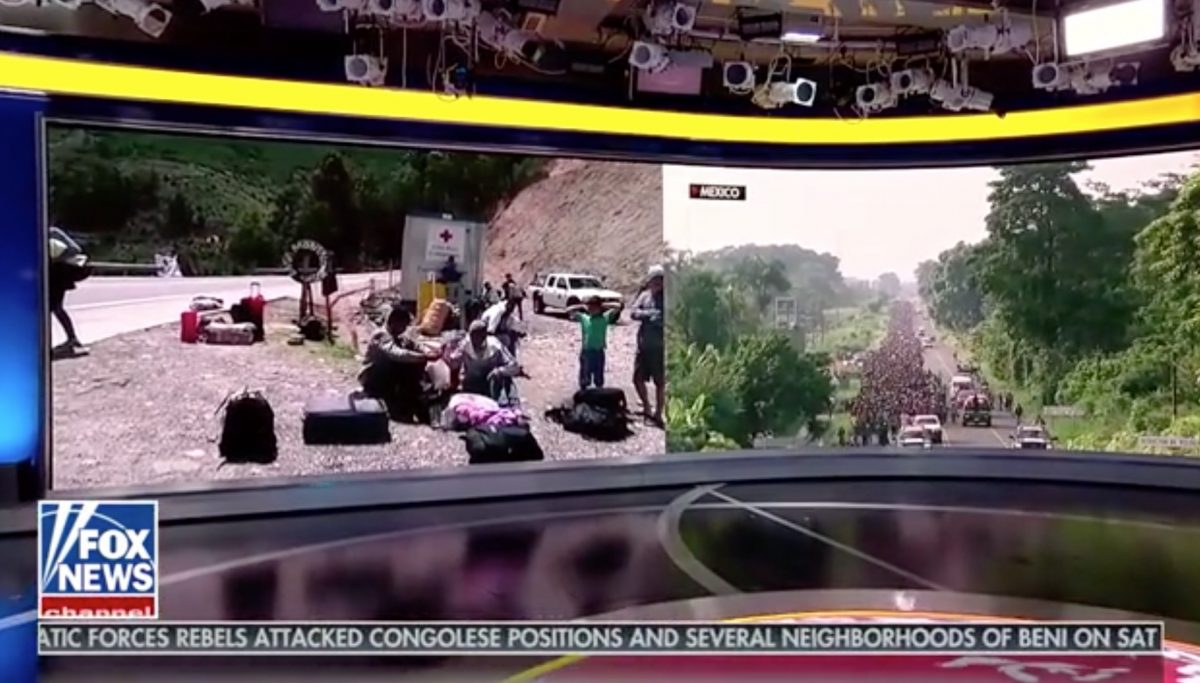 Editor’s Note: This column was originally publshed in October of 2018, but recent news of Trump’s threat to cut all aid to Central American countries make it relevant again, and so we are re-upping.

President Donald Trump and his defenders in the conservative media desperately want the American electorate to know about the “caravan” of immigrants making its way to the U.S., as a means of ginning up a base of voters gravely concerned with border security. It’s a tactic that worked very well in the 2016 general election, so as the political logic suggests, why not hit the same note two years later?

But there is something remarkably significant missing in the coverage of this; reporting on how Trump’s own immigration policy has led to a far worse predicament than that of his predecessor Barack Obama. That’s right, Trump’s immigration policy is failing, and it’s not getting any coverage.

Depending on the outlet, there has been no shortage of coverage of the thousands of Central Americans currently at the Mexico-Guatemalan border heading north. Or, as Trump described them to in a tweet today, a “Caravan heading to the Southern Border of the United States” in which “Criminals and unknown Middle Easterners are mixed in.”

Since the story broke roughly a week ago, the caravan has been a major topic on the three cable news outlet to varying degrees. According to the media monitoring service TV Eyes, MSNBC has mentioned the word “caravan” 117 times, CNN 195 times. And if there was any question about the intended politics around this issue, Fox News has mentioned the term a whopping 379 times.

Quick background: Despite the constant campaigning and “build the wall” at Trump campaign rallies, the U.S. population of undocumented people fell sharply under the eight years of the Obama administration.

According to a report published by the Center for Migration Studies earlier this year,  the undocumented population was 10.8 million in 2016, the lowest level since 2003. They also reported that the average annual undocumented population growth dropped from 15 percent in the 1990s to about four percent from 2000 to 2010. Since 2010, the numbers from most countries have declined.

On the other side of the equation is a recent Washington Post report on a surge of migrant parents entering the United States with children, which as reached “record levels in the three months since Trump ended family separations at the border.”  The report continues by presenting border security as a “deepening crisis three weeks before the midterm elections.”

In fairness to the Trump administration, their own Department of Homeland Security released statistics showing the number of people caught trying to sneak over the border from Mexico has fallen to the lowest level in 46 years, During the government’s 2017 fiscal year, which ended Sept. 30, U.S. border agents made 310,531 arrests, a decline of 24 percent from the previous year and the fewest overall since 1971.

But the face of immigration challenges has changed from Mexicans looking for work to many Central Americans seeking refuge.

For example, the current crisis is rooted in instability of Central American countries Guatemala, Honduras, and El Salvador. And Trump’s own views on foreign aid are fueling this crisis. To wit, President Trump tweeted a threat to cut or substantially reduce US foreign aid to these countries unless they get their house in order:

Guatemala, Honduras and El Salvador were not able to do the job of stopping people from leaving their country and coming illegally to the U.S. We will now begin cutting off, or substantially reducing, the massive foreign aid routinely given to them.

The 2018 budget proposal dramatically slashed aid to Central America. The budget called for cutting assistance to Guatemala, Honduras, and El Salvador by more than 30 percent, and by more than 45 percent to Mexico from 2016 levels. The budget proposal reflected an oft-heard comment made by Trump throughout his campaign and early in his administration.

“When countries abuse us by sending people up — not their best — we’re not going to give any more aid to those countries.” Trump says he’ll soon seek authorization for a measure that would cut foreign aid to countries sending waves of migrants to the US. https://t.co/FjkcbNjCIH pic.twitter.com/7ZU1LFnoP2

The actual financial disbursement thus far supports that proposal. According to the website USAID, under Trump’s first 2018 budget for foreign aid disbursement international development to Honduras fell from $99 million to $49 million. El Salvador saw a similar dip from $62 million to $39 million, while aid to Guatemala saw the biggest decline from $136 million to $65 million.

Even the Trump-appointed U.S. Agency for International Development Mark Green is in a tough position defending Trump’s policy of cutting aid to Guatemala, Honduras and El Salvador (known as Central America’s “Northern Triangle.”)

“We do this work because it is the right thing to do. But more to the point, we do this work as an agency contributing to national security — our programs contribute to a safer and more prosperous the United States by helping to secure our borders, protect our citizens, and increase economic and business opportunities,” Green told a House appropriations subcommittee roughly a year ago.

An in the event that one might think that no one saw this coming, Ana Campoy predicted this very troubling illegal immigration trend as a result of Trump’s budget cuts to Central America. Reporting for Quartz last year, she wrote:

The budget appears to run counter to what had been the growing view in Washington DC that, in order to eventually reduce the Central American exodus, the US is going to have to help cut the brutal violence and poverty that are causing it. After a wave of Central American immigrants flooded the US immigration system in 2014, the Obama administration started shifting its attention from blocking the US border toward bolstering the region’s institutions and promoting economic development. In 2015, Congress increased aid to Central America by more than 30% to $750 million under a program called the Alliance for Prosperity.

Homeland Security Secretary John Kelly, who at that time headed the US Southern Command, was a big proponent of the strategy. In his current post, he has continued to advocate for that approach as a necessary complement to border enforcement. “A stable country needs a strong, accountable government that protects its citizens, upholds the rule of law, and expands economic opportunity for all its people,” he said in a speech last month. “Without this, countries fail, and their people flee.”

So the White House Chief of Staff is arguing for strong and accountable governments in nations that offer expanded economic opportunities but at the same time, the administration is cutting the very foreign aid that will keep their people from fleeing.

U.S. foreign aid to developing countries is often an untenable political campaign issue because it seems a waste of U.S. tax dollars. But in this instance, we can infer in very real terms the negative effect of cutting aid. Less U.S. dollars leads to a less stable government, which leads to a less safe country. That leads to thousands of refugees seeking asylum and a caravan of migrants (many of whom are mothers and children) heading for the safety of the U.S. border.

In other words, the fleeing migrants are merely a symptom of a larger problem, the instability of their native homeland. And cutting U.S. funding only makes those countries more unstable, which leads to more illegal immigrants. One deeply cynical outcome of this vicious cycle is that while it creates a deeply cynical and political wedge issue for Trump and conservatives to exploit — but does nothing to solve our immigration problem.

Is President Trump entirely to blame for the current illegal immigration problems? Absolutely not. This is a problem long in the making going over past administrations both Republican and Democratic. He inherited a complicated and troubling situation, though it was improving in the eight years before him.

Has he made it worse? One could arrive at the conclusion, regardless of which side of the aisle one aligns with politically, that the current caravan crisis is a byproduct of an unstable Central America. Trump cutting aid to the region as punishment for a problem that aid was supposed to address is both self-defeating and short-sighted.

But Trump is absolutely getting a pass by the media that has turned a blind eye to the very foreign aid policies that have helped create this most recent issue. And its time that media outlets started to hold this president as accountable on this issue as those who came before him.

Immigration policy is extremely complicated, and often oversimplified by Trump and conservative media outlets to score political points. (“Build the Wall!”) This column is not a list of suggestions on how to fix a complicated issue, but rather a critique on how the media is covering it. And virtually no broadcast or cable outlet is speaking of the specific Trump policies that have led to the current situation.