Why is the Media Pretending that Pete Buttigieg Being Gay Wouldn’t Be a Problem Against Trump?
Opinion

Why is the Media Pretending that Pete Buttigieg Being Gay Wouldn’t Be a Problem Against Trump? 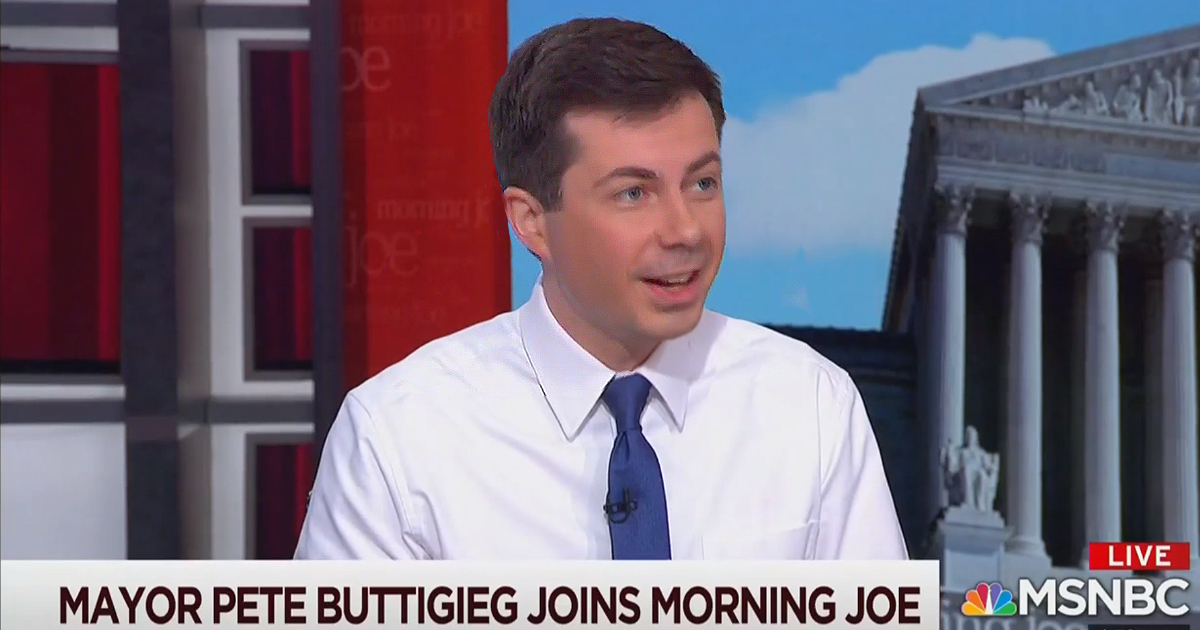 This column was initially published April 8 2019.

In case you haven’t yet heard, Pete Buttigieg, the 37-year-old mayor of South Bend, Indiana, is the first contender for the Democratic presidential nomination to catch the eye of an adoring mainstream news media. If this process was like a season of ABC’s The Bachelor (in many ways it is), Buttigieg would clearly be the winner of the media’s “first impression rose.”

On April 7, Buttigieg, who technically hasn’t even announced his candidacy as of yet, was the primary guest on NBC’s Meet the Press. He came across extremely well, making the case that he is about as different from the man the Democratic nominee will have to beat, President Donald Trump, as is humanly possible.

I really like Pete Buttigieg. While he is far too liberal for me to be excited about politically, he is smart, insightful, down-to earth, and seems to have an inherent goodness which Trump clearly lacks.

I totally get how many in the media, and some within the Democratic Party, are giving him a serious early look for this job. If it was somehow up to me, I would probably rather see him win the presidency than have the country forced to endure a second Trump term where he would effectively face no accountability.

With that said, it is almost comically delusional how his presumed candidacy is being viewed by those who are currently smitten with him. Specifically, the media coverage of his sexuality is borderline bizarre.

First of all, it is laughable to think that a very young, white male, mayor of a small city in a state where Trump is very unlikely to lose, who got crushed in his only state-wide race, would be even remotely being taken seriously in the “Woke Olympics” if he was not gay. Without being gay, Buttigieg would be immediately dismissed in much the way Clark Kent was by Lois Lane.

And yet being gay, his primary “super power” in a progressive world where diversity is EVERYTHING, is often not brought up, at least not to him directly. Amazingly, in the Meet the Press interview, host Chuck Todd never even mentioned the topic, even after Buttigieg clearly opened the door by justifiably attacking Evangelical Christians for supporting Trump despite his sexual immorality (making this omission even more inexplicable is the fact that Buttigieg was already scheduled to make what would be a news-making speech to an LBGT group on the same day!).

While there is no doubt that our country has come a long way in a very short period of time when it comes to accepting homosexuality, we seem to forget that much of this progress was made via the courts, and not because of direct victories at the ballot box. Heck, in 2008 an anti-gay marriage proposition was passed fairly easily even in CALIFORNIA, only to be tossed out by a very liberal court.

It is absurd to think that, just twelve years later, an openly gay and married candidate for president would not lose significant amounts of votes in very key states like Pennsylvania and Florida. It would also be enough of a political hindrance to likely prevent Buttigieg from winning any other Trump 2016 states, except maybe Wisconsin and Michigan, which is just simply not enough to get to the magic number of 270 Electoral College votes.

Against a normal Republican, like say a Mitt Romney, Buttigieg could rely on his opponent’s class, along with a sympathetic news media’s protection, to make sure that many voters weren’t fixated on the topic. Trump, of course, is a completely different breed.

The most surprising element, at least to me, of this Buttigieg delusion is that it isn’t just liberals who don’t seem to realize how much of a disadvantage being gay would be running against Trump. Conservative commentator Matt Lewis told me yesterday, in a fairly combative interview for my new podcast, that he thinks that this is something that the country has moved past, and that it is no longer a big deal (though he conceded he hadn’t fully contemplated all the ways Trump would be willing to go “there,” which no one else ever would).

Maybe we have, though I have serious doubts that it is no longer a significant roadblock to a candidate ultimately winning the White House. Regardless, if Democrats really want to beat Trump (I have my doubts about that as well), then they need to make the 2020 election about him, and not about characteristics of their own candidate which are still very foreign to many of the voters who will actually determine the winner of the Electoral College.