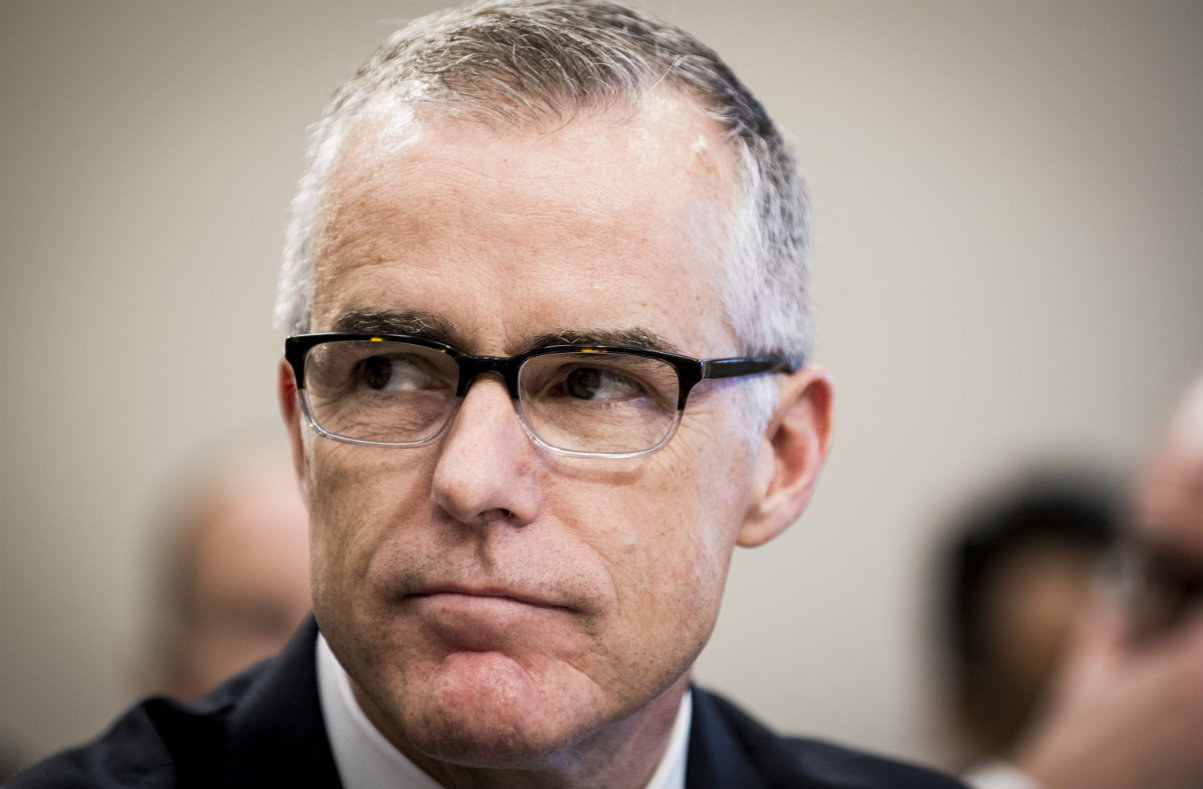 The Department of Justice (DOJ) announced it is dropping its investigation into former FBI Deputy Director Andrew McCabe, Friday.

In a letter, the US Attorney’s Office told McCabe’s defense counsel that the government decided against pursuing criminal charges and considers “the matter closed.”

“We write to inform you that, after careful consideration, the Government has decided not to pursue criminal charges against your client, Andrew G. McCabe, arising from the referral by the Office of the Inspector General (OIG) to our Office of conduct described in OIG’s April 13, 2018, report entitled, ‘A Report of Investigation of Certain Allegations Relating to Former FBI Deputy Director Andrew McCabe,'” the letter stated. “Based on the totality of the circumstances and all of the information known to the Government at this time, we consider the matter closed.”

DOJ tells former Acting Director of the FBI Andrew McCabe that it will not pursue charges against him. pic.twitter.com/imAyjZs9Nq

In a statement, McCabe’s counsel declared, “At long last, justice has been done in this matter. We said at the outset of the criminal investigation, almost two years ago, that if the facts and the law determined the result, no charges would be brought. We are pleased that Andrew McCabe and his family can go on with their lives without this cloud hanging over them.”

Today, our was informed that the government will not pursue criminal charges against Andrew McCabe. “At long last, justice has been done in this matter.” pic.twitter.com/2rTOlse1Oo

As reported by the New York Times, “The investigation into Mr. McCabe grew out of findings from the Justice Department inspector general, Michael E. Horowitz,” who “faulted Mr. McCabe in 2018 for misleading investigators when asked about the disclosure of information in 2016 to a Wall Street Journal reporter about an investigation into the Clinton Foundation.”