‘Cowboys for Trump’ Founder Turns on Trump Because Jan. 6 Rioters are Locked Up But Hillary Isn’t 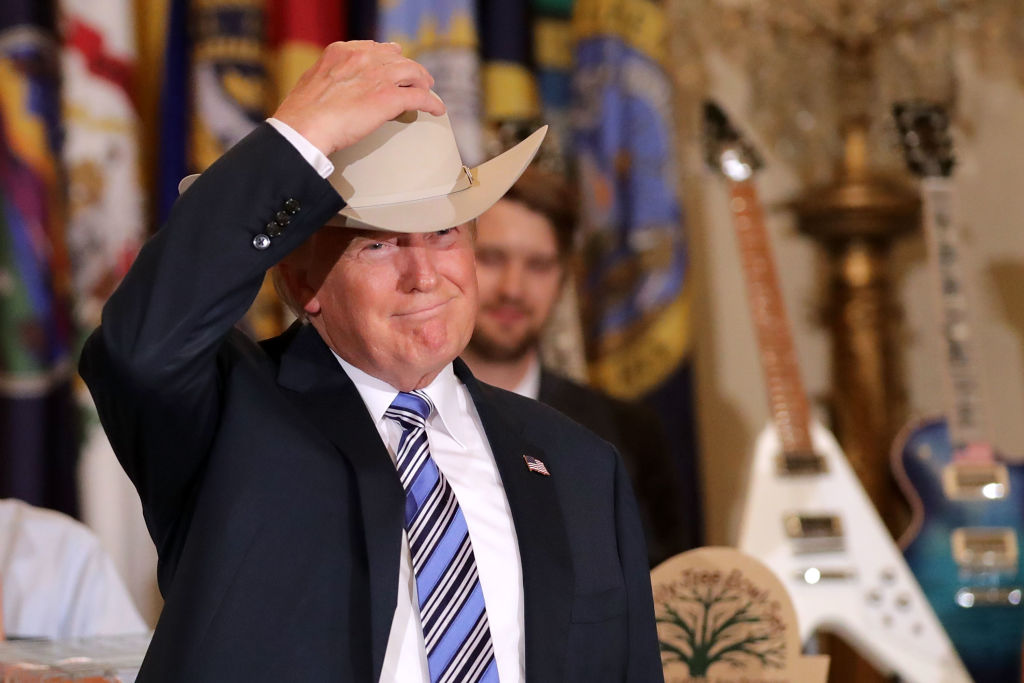 Mamas, don’t let your babies grow up to be conspiracy-mongering cowboys…

Couy Griffin, the founder of “Cowboys for Trump,” now says that former President Donald Trump is all hat and no cattle, complaining that the former president let his supporters down by failing to lock up Hillary Clinton but not doing anything to help those charged in the Jan. 6 riot, including Griffin.

Griffin attracted media attention in May 2020, when Trump tweeted a video of him speaking at a New Mexico church against pandemic restorations and declaring that “the only good Democrat is a dead Democrat.” He did later add that he didn’t mean it in a “physical sense,” but in a “political sense,” so make of that what you will.

He was arrested on Jan. 17 for his alleged participation in the violent insurrection at the Capitol, and continued to traffic in wild conspiracy theories about the 2020 election, telling CNN’s Drew Griffin (presumably no relation) this past June that he wasn’t convinced that Ashli Babbitt or Brian Sicknick were actually dead. Griffin (the Trump-obsessed cowboy one, not the CNN reporter one) also said “I hate to be so crazy conspiracy-minded” during that same interview, so make of that what you will.

Speaking at a QAnon conference, natch, in Las Vegas on Sunday, Griffin bemoaned Trump’s betrayal, blaming him for getting his supporters to chant “Lock her up” at rallies, referring to Clinton, but never actually locking her up while he was president. In contrast, Trump did not pardon a single person charged for their alleged actions during the Jan. 6 riot.

“We supported President Trump because of his fight for justice as well,” said Griffin to the fellow conspiracy mongers. “And for four years we cried, ‘Lock her up. Lock her up. Lock her up.’ We know she’s a criminal. What did the president tell us? ‘If I was in charge of the law, you’d be in jail.”

“Mr. President, you’ve been in charge of the law for four years,” he added. “At the end of your four year time, the only ones locked up were men like me, and others like me, that have stood by the president the strongest.”