DHS Sec. Nielsen: We Are ‘Fully Prepared’ to Support and Secure the SOTU 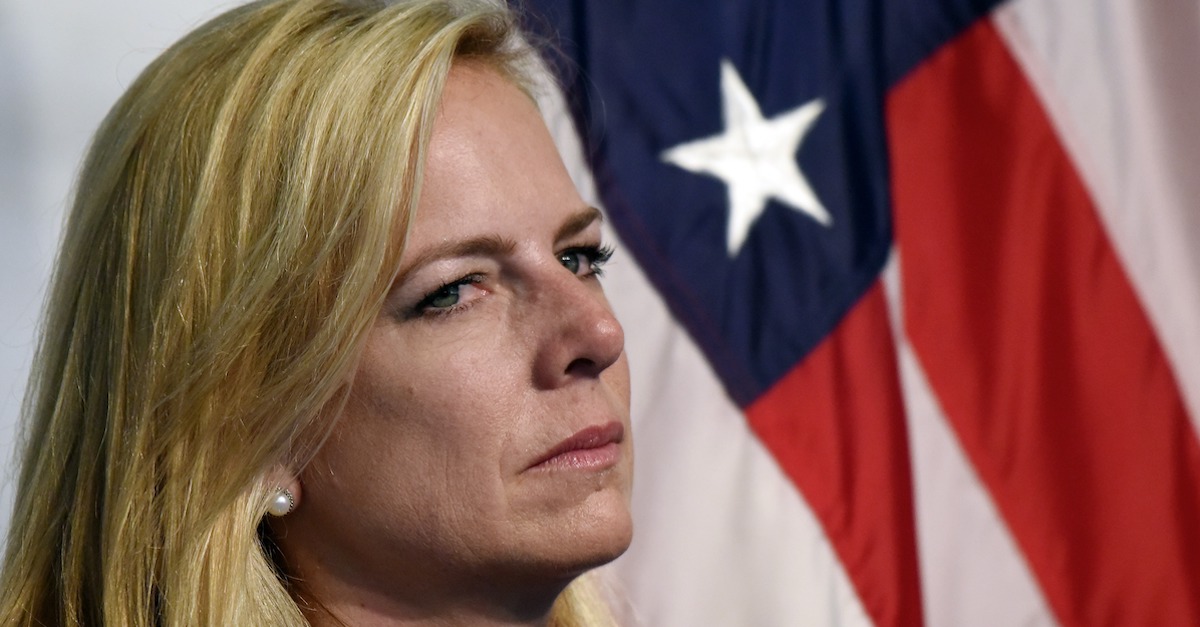 With Speaker of the House Nancy Pelosi (D-CA) having disinvited President Donald Trump from delivering the State of the Union that was scheduled for later this month due to “security” concerns, Secretary of Homeland Security Kirstjen Nielsen responded by saying her department is more than able to keep the Capitol building safe.

“The point is security…This is a very big deal,” Pelosi said, pointing to the partial government shutdown.

Saying her department and the Secret Service “are fully prepared to support and secure” the site, Nielsen rebuffed Pelosi’s assertion.

The Department of Homeland Security and the US Secret Service are fully prepared to support and secure the State of the Union. We thank the Service for their mission focus and dedication and for all they do each day to secure our homeland.

House Minority Leader Kevin McCarthy (R-CA) told reporters in the afternoon on Wednesday that Pelosi is just being political:

“It is not a security issue – that’s politics. It’s pure politics.”

Pelosi added Trump is free to address the nation from the Oval Office.

“This is a housekeeping matter in the Congress of the United States so we can honor the responsibility of the invitation we extended to the president,” she said.