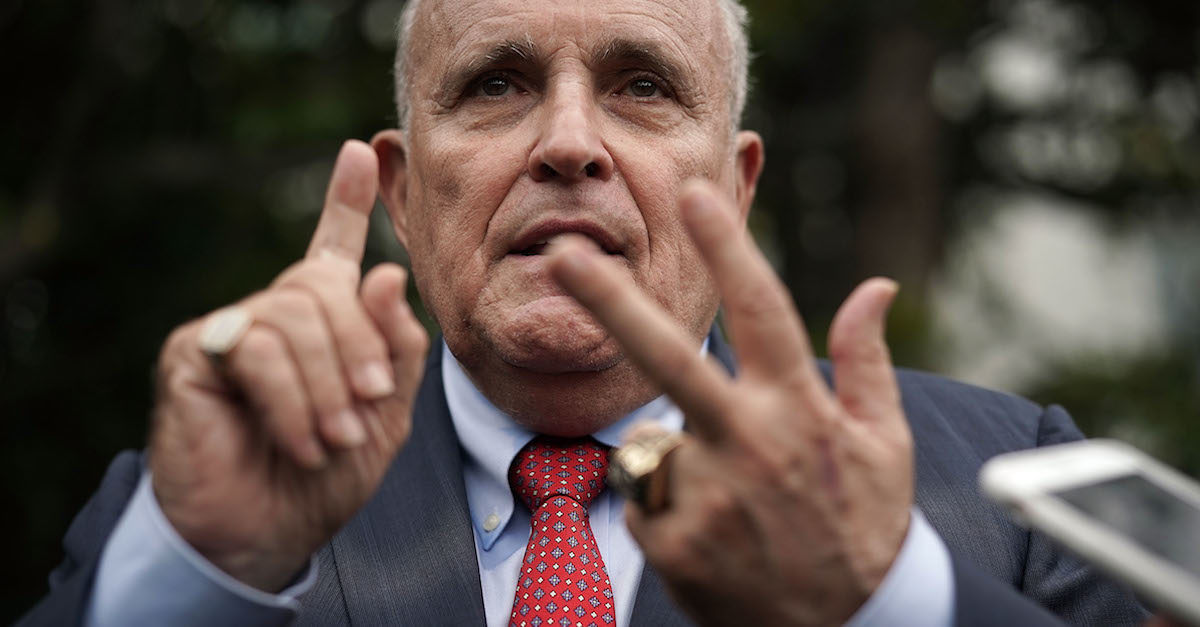 Federal prosecutors are digging into Trump lawyer Rudy Giuliani‘s finances, including his business dealings with Ukraine, according to a new report by the Wall Street Journal.

The investigation, which is being led by the southern district of New York’s U.S. attorney’s office, is reportedly looking at Giuliani’s dealings with two men, Igor Fruman and Lev Parnas.

The probe also includes looking into Guiliani’s back records and, according to the Wall Street Journal, has been going on for weeks.

“Witnesses have been questioned about Mr. Giuliani since at least August by investigators, who also want to know more about Mr. Giuliani’s role in an alleged conspiracy involving two of his business associates,” WSJ reports their sources — identified as being close to the matter — told them.

The report also indicates that the WSJ was unable to determine how far along the probe into Giuliani’s finances may be at this point, but noted that Giuliani seems unfazed by the focus on his financials.

“They can look at my Ukraine business all they want,” Giuliani said on Monday.