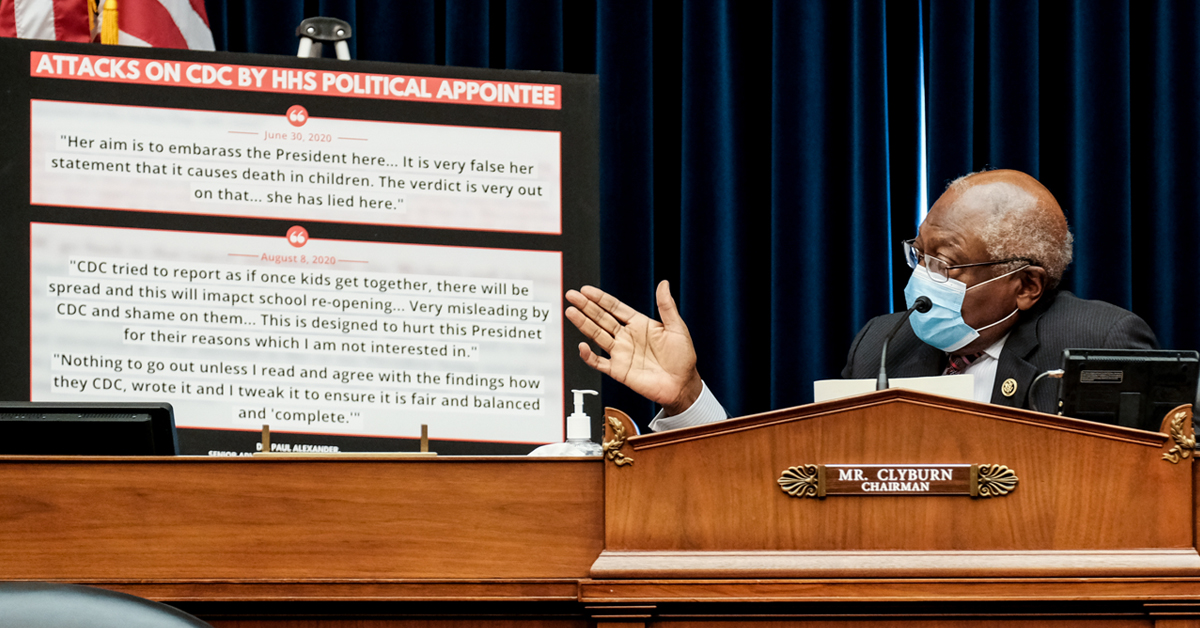 The House Select Subcommittee on the Coronavirus Crisis has issued a statement and a letter to HHS Secretary Xavier Becerra and CDC Director Dr. Rochelle P. Walensky naming 11 former Trump officials over what they say are “more than 88 incidents of political interference” by the administration in the public pandemic response.

The committee, chaired by Rep. James Clyburn of South Carolina, announced the expansion of their probe into the pandemic response in a Monday morning release.

“Today, Chairman James E. Clyburn and all Democratic Members of the Select Subcommittee on the Coronavirus Crisis advanced their investigations into the federal government’s response to the coronavirus pandemic by requesting documents and transcribed interviews from three former Trump Administration political appointees and eight current and former public health officials who were involved in the prior Administration’s failed response efforts,” the statement reads.

In the letter to Secretary Becerra and Dr. Walensky, the Democrats expand on that point.

To date, the Select Subcommittee has identified at least 88 instances in which Trump Administration officials injected politics into public health decisions—including attempting to alter, delay, or block the release of scientific reports and guidance on the coronavirus, pressuring public health experts to adopt politically motivated talking points that downplayed the threat of the virus and conflicted with science, and seeking to retaliate against public health officials who provided truthful information to the public. These incidents degraded every major facet of the prior Administration’s public health response and severely hindered the country’s ability to respond effectively to the pandemic.

The statement lists the names of each of the individuals with whom the committee is seeking interviews, and includes links to the individual letters constituting those requests.

Below, read the letter from Rep. Clyburn and the select committee to Secretary Becerra and Dr. Walensky, embedded as a PDF. Click here to read the committee press release and statement online.