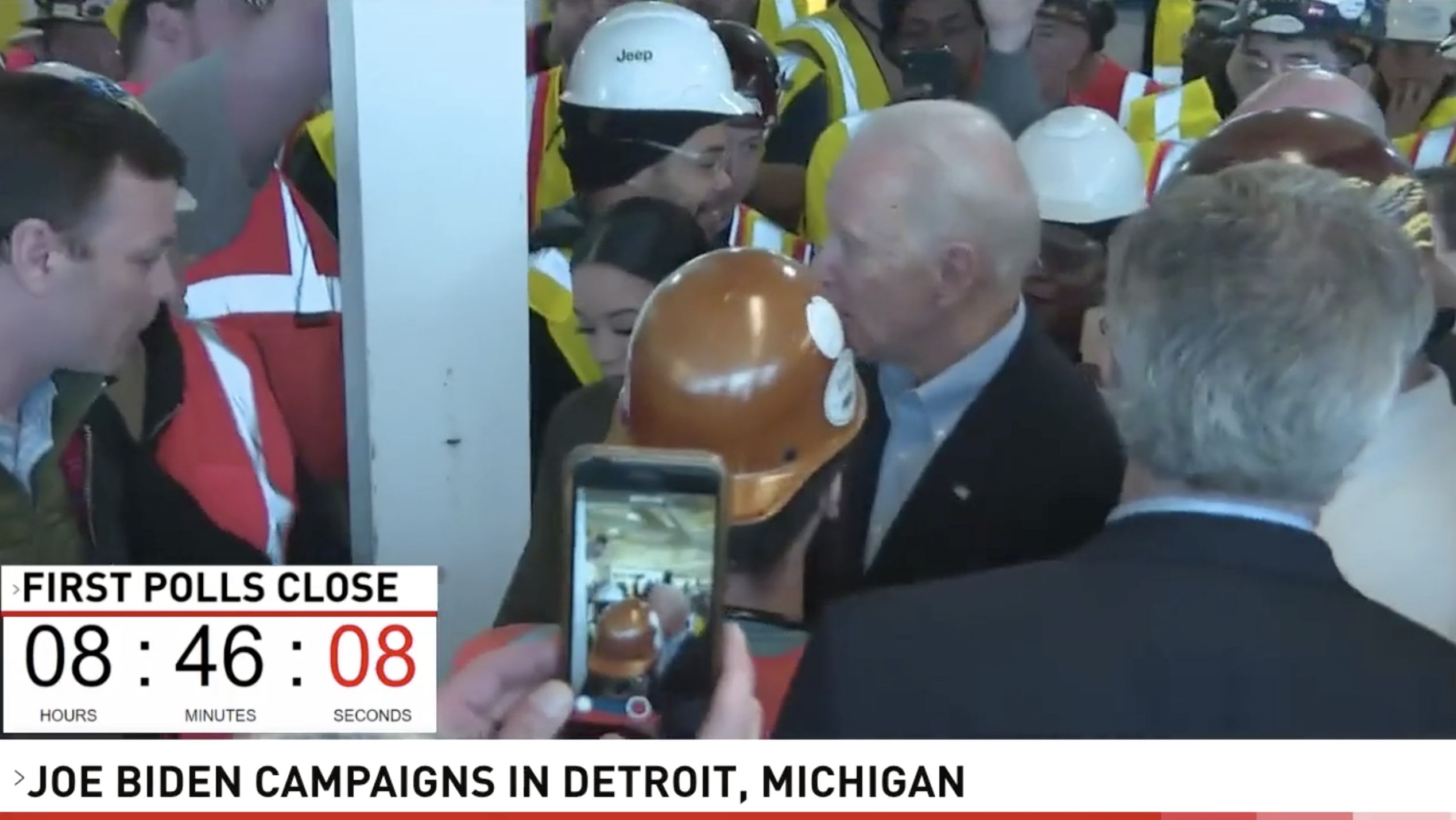 Democratic presidential candidate and former Vice President Joe Biden was mocked on Tuesday after mistakenly ranting about ‘AR-14s’ to a Detroit auto worker.

On Tuesday, after the auto worker accused Biden of “trying to diminish our second amendment right and take away our guns,” the former vice president replied, “You’re full of shit,” before mistakenly rambling about “AR-14s” instead of AR-15 rifles.

In the span of 90 seconds Biden managed to misrepresent his own position, refer to AR-15’s as AR-14’s, call semi-automatic rifles machine guns, and insult a voter who knows more about the issue than he does. https://t.co/d2INsxQ3sh

There’s a reason the entire Democratic Party structure, from elites to the voters, had concluded as of a few weeks ago Biden was unelectable. (Also, it’s not AR-14, Joe, but whatever.) https://t.co/IncOuQxuEF

look, fat. this is an AR-14. pic.twitter.com/cVdDKsSEAh

Factory worker in Michigan asks Biden about his position on gun rights.

Biden immediately gets very agitated, puts his finger in the man’s face, and begins shouting about “AR-14’s.”

This is how we lose the rust belt to Donald Trump.
pic.twitter.com/PuHXTXNLgA

Biden wants to “take the AR-14 away.” https://t.co/sIXqwKxJJl

There was no “fact to fact”— Biden referred to a non-existent AR-14, said a video of him talking about taking guns was fake, suggested AR-15 the same as a machine gun, and repeatedly insulted the voter and got in his face. The “hostile” voter behaved more appropriately than Joe! https://t.co/zn5o6p9hrU

Actor Jeffrey Wright, however, defended Biden, tweeting, “Joe Biden referred to an AR-15 as an AR-14. Who gives a fuck?”

“Republicans are more outraged about that than they were when a gun nut murdered 20 first-graders in Sandy Hook with their beloved AR-15,” he continued.

Republicans are more outraged about that than they were when a gun nut murdered 20 first-graders in Sandy Hook with their beloved AR-15.