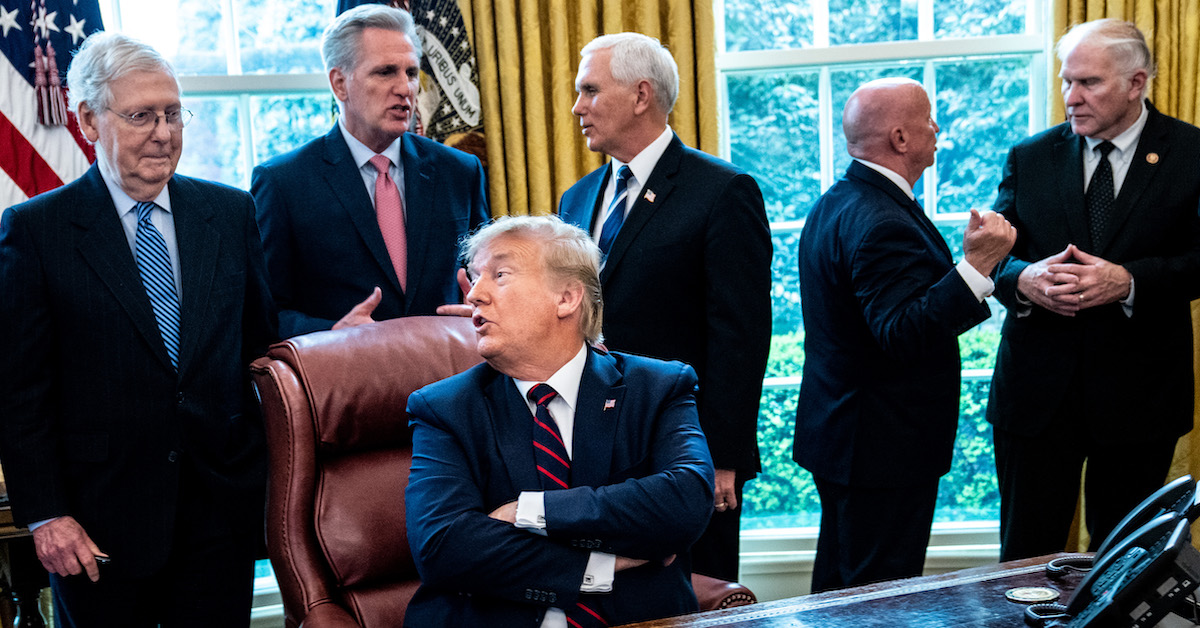 An excerpt from the upcoming Unchecked: The Untold Story Behind Congress’s Botched Impeachments of Donald Trump by Politico’s Rachael Bade and the Washington Post’s Karoun Demirjian was published in the Post on Tuesday, and it showed just how deeply McConnell’s relationship to the former president soured in the days after the January 6 Capitol riot.

“But while McConnell was ready to be done with Trump, his party, it seemed, was not. To his chagrin, a large chunk of his members were once again coalescing around the former president. And they were about to put him in a bind,” the authors wrote.

On January 26, 2021 McConnell was “agonizing over how to cast what he knew would be one of the most pivotal votes of his career,” according to the book, but his party’s support of the former president convinced him it may be best to “ignore” Trump, advice he reportedly tried giving to Rep. Liz Cheney (R-WY).

That afternoon, Sen. Rand Paul, McConnell’s younger and far more pro-MAGA Kentucky delegation mate, was forcing all senators to go on record and declare whether a post-presidential conviction of Trump was constitutional. It was a question McConnell had been grappling with for the two weeks since the House had impeached him — and he was still far from being ready to answer it.

McConnell ended up voting that the impeachment of Trump was unconstitutional, but he made it clear he was done with the former president. According to the book, the Republican lawmaker felt he wasn’t “up to the task” to lead a “rebellion” within his own party.

“McConnell had never led such a rebellion,” the authors wrote, adding McConnell “wasn’t sure he was up to the task.”

After the Capitol riot, McConnell reportedly consulted with Cheney, finding they were in agreement on Trump, except on the tactics to deal with him going forward.