Mueller Report Reveals that Behind the Scenes of Infamous Lester Holt Interview, Trump Was Determined to Speak for Himself 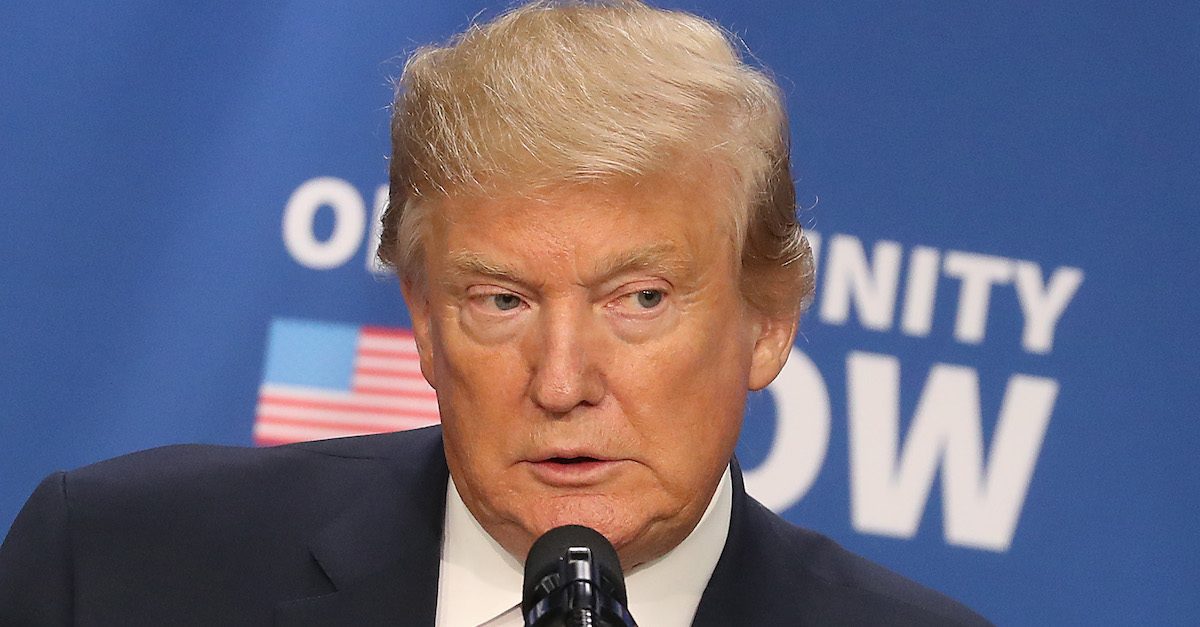 The Mueller report is out and with it some insights into moments that made headlines, including President Donald Trump‘s infamous interview with NBC Nightly News anchor Lester Holt.

Axios reported on the tidbit, which appeared on page 285 of the report. It read:

“The next day, on May 11, 2017, the President participated in an interview with Lester Holt. The President told White House Counsel’s Office attorneys in advance of the interview that the communications team could not get the story right, so he was going on Lester Holt to say what really happened.”

The information is interesting, of course, because it was in that same interview that Trump revealed to Holt that he had fired FBI Director James Comey because “I said to myself — I said, you know, this Russia thing with Trump and Russia is a made-up story.”

Pres. Trump on firing Comey: "I said, you know, this Russia thing with Trump and Russia is a made up story." https://t.co/hxqM1LI6BE

Axios also spoke to a source that was reportedly in the Oval Office just before the Holt interview. The source agreed with the Mueller report findings that Trump went to the Holt interview because he wanted to speak for himself.

“He was full of righteous indignation,” the source said, according to Axios. “He said something like, ‘Never forget, no one speaks for me but me. These people [Trump’s communications team] don’t know what they’re talking about. But I do, believe me.'”

Trump’s interview with Holt, by the way, is one of the moments often cited as possible evidence of obstruction.