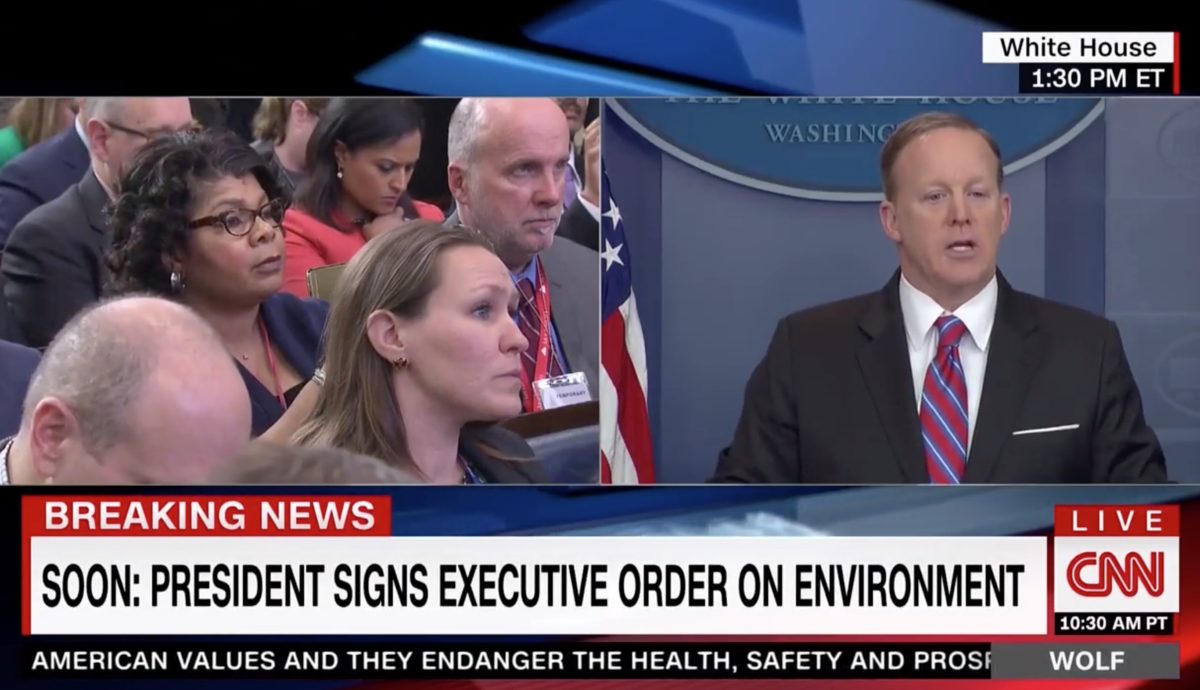 Kaepernick drew a lot of conservative outrage over the weekend when he criticized the fatal airstrike against Qasem Soleimani by tweeting “There is nothing new about American terrorist attacks against Black and Brown people for the expansion of American imperialism.” Spicer responded to Kaepernick by accusing him of “defending” the Iranian military leader’s bloody history, and he also asked Nike if they had anything to say about their spokesperson’s comments.

Soleimani is responsible for deaths of hundreds of Americans and countless other human beings – this is who you are defending. Any comment @Nike https://t.co/304Qgho8gw

Enter Ryan, who did not approve in the slightest to Spicer’s retort for Kaepernick:

SHUT UP YOU LIAR! You are still lying and lied on @Kaepernick7 from that White House Podium! He said black and brown people! Can you say distraction @seanspicer Wag the dog again! https://t.co/YjGOEvIrjO

Mediaite readers might have a bit of deja vu from this since Ryan and Spicer have a history dating back to when the latter was still working for President Donald Trump.

Back in 2017, when press briefings were still a thing, the two had an intense exchange when Ryan tried to ask Spicer a question about the Trump administration’s image problems when it comes to Russia. Spicer lashed out at Ryan for her question, and even though they made nice the next day, Spicer has accused Ryan since then of being solely interested in “personal fame.”