Treasury Secretary Steven Mnuchin: Greta Thunberg Should Study ‘Economics in College’ And Then ‘Come Back’ 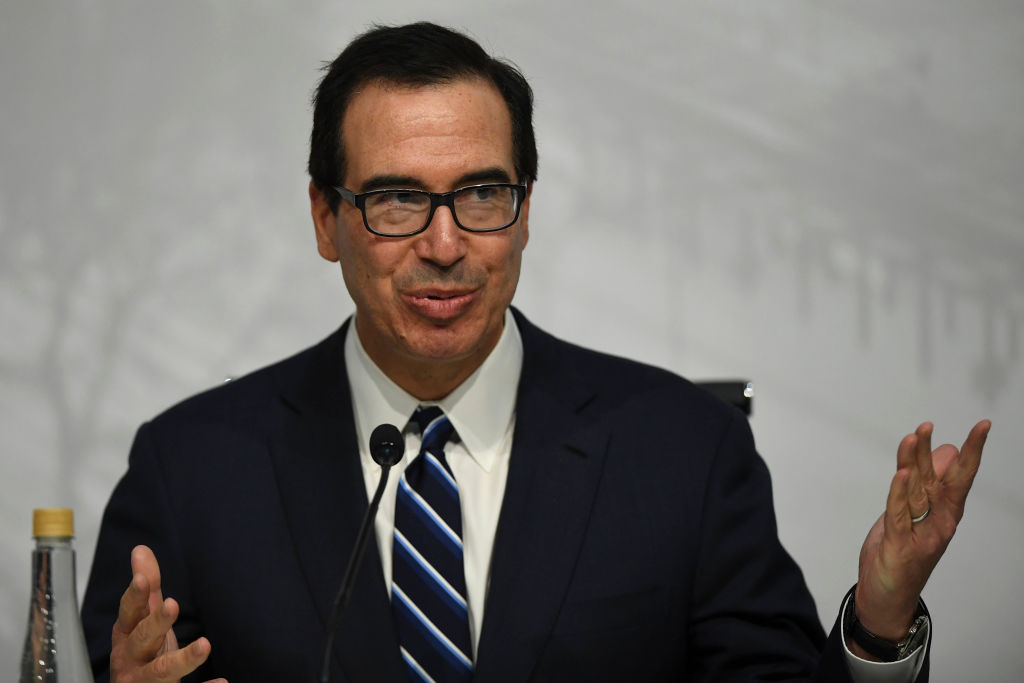 According to the Guardian, after being asked at Davos whether Thunberg’s “call for an end to fossil fuel investment threaten[s] US economic growth,” Mnuchin replied, “Is she the chief economist? Who is she, I’m confused…that’s a joke.”

The Secretary of the Treasury then told reporters, “After she goes and studies economics in college she can come back and explain that to us.”

“When I was allowed to drive I had a Tesla. I drove in California. I liked it…But nobody focuses on how that electricity is made and what happens to the storage and the environmental issues on all these batteries,” he proclaimed, adding, “Many economies are transitioning to more efficient and cleaner energy. That doesn’t have to be all renewables.”

On Wednesday, after being asked about Thunberg at a press conference, President Trump responded, “I would have loved to have seen her speak. I did not…I think that some people are…they put it at a level that is, you know, unrealistic to a point you can’t live your lives.”

“But we are doing better right now than we’ve ever done in terms of cleanliness, in terms of numbers,” the president concluded. “We have a beautiful ocean called the Pacific Ocean where thousands and thousands of tons of garbage flows toward us, and that’s put there by other countries, so I think Greta has to start working on those other countries.”

This article has been updated to include the question Mnuchin was asked.