Impeachment Documents Signed By Trump: They're Up For Auction 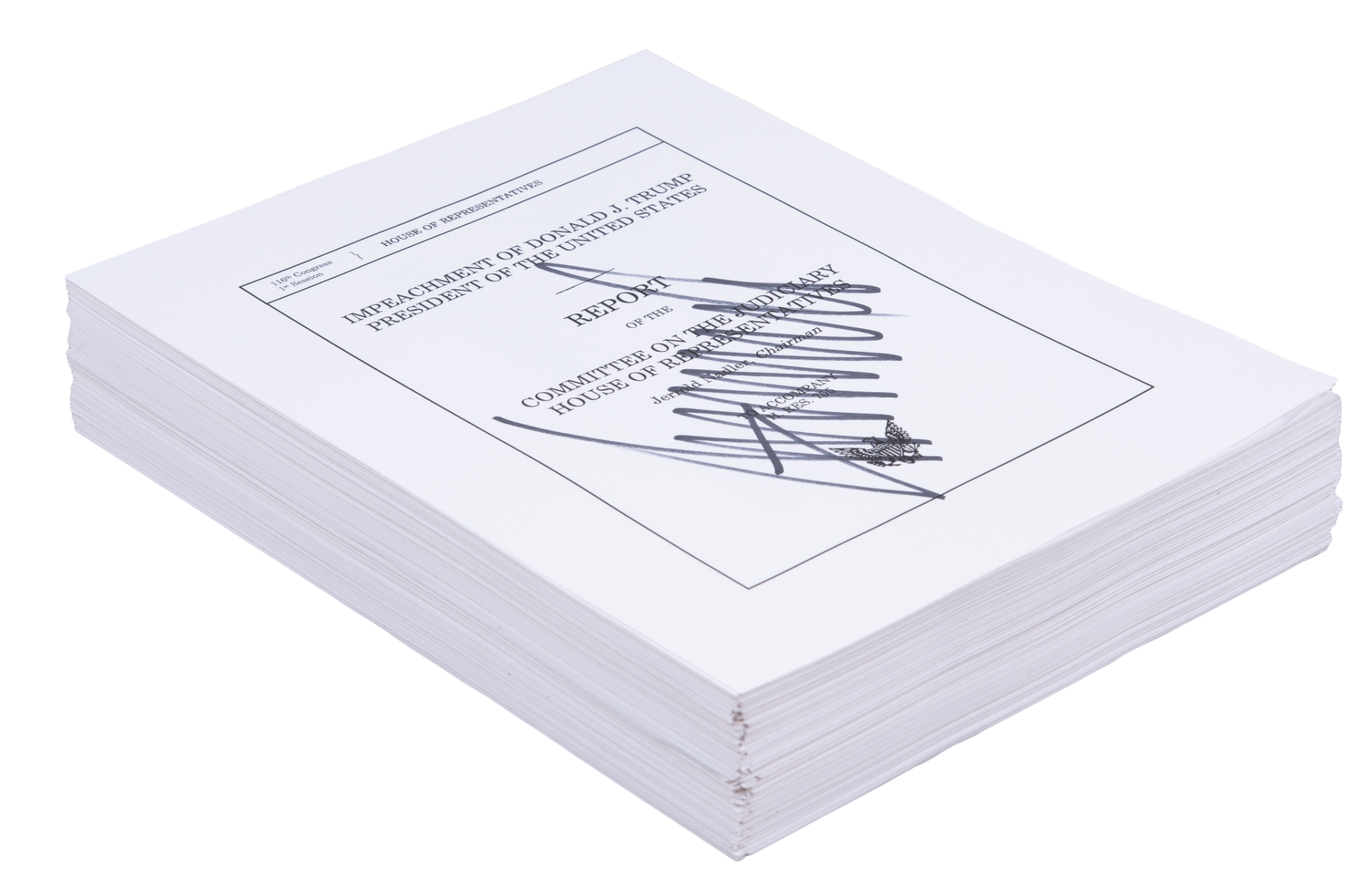 Have you ever wanted to get your hands on a stack of hundreds of impeachment documents signed by the President himself? Well, you’re in luck.

A copy of the Committee of the Judiciary House of Representatives’ motion to impeach President Donald Trump signed by Trump on Dec. 18 [the day he was impeached] are up for auction at Goldin Auctions. With under five days left in bidding, the stack of papers highest bid is $20,400, according to Action Network’s Darren Rovell.

Donald Trump signed a copy of his impeachment documents. @GoldinAuctions is selling it. Top bid is $20,400, including buyer’s premium, with a week to go. pic.twitter.com/mZgC1i4ux4

Trump was impeached by the House of Representatives on two articles of impeachment in December — Abuse of Power by a 230-197 vote and Obstruction of Congress by a 229-198 vote. While Trump was at a rally in Battle Creek, Michigan, during the impeachment voting, he signed the papers to commemorate his historic feat (being only the third president in U.S. history to be impeached.)

Goldin Auctions promises the full version of documents that was presented to the house before the vote. According to its listing, Trump signed the title page in black pen while at the rally. And in case you’re wondering, it does come with a notarized letter of provenance, proving it’s the real deal.

The letter from Jonathan Moore, a member of the U.S. Department of State, states that he “attended President Trump’s rally in Battle Creek, Michigan on December 17th, 2019 and asked him to sign the Articles of Impeachment that I handed him, and he happily complied. The President had been impeached by Congress just hours earlier.”

If you’re in the market for other Trump-signed documents, the website is also selling a signed copy of Trump’s Presidential Oath of Office. It’s current highest bid is $2,100.

You can follow the auction or even bid on the papers here.