Bloomberg's Alleged Past Comments Haunt Him 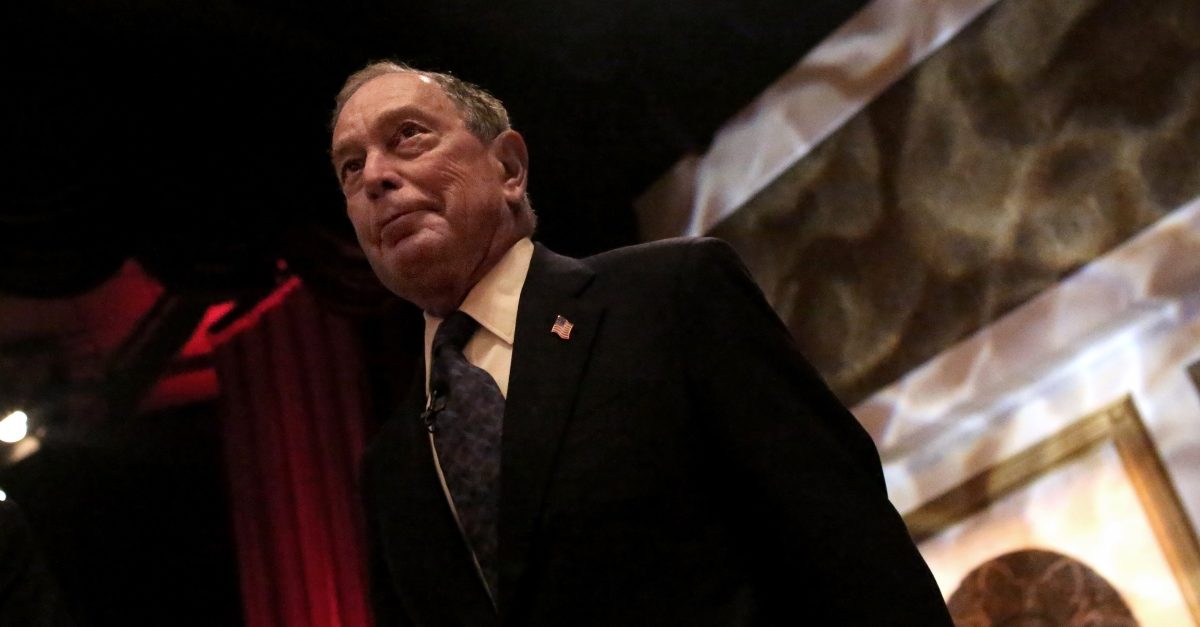 Alleged controversial comments from 2020 Democratic presidential candidate Mike Bloomberg have come back to haunt him after he launched an attack against Sen. Bernie Sanders (I-VT) and the “energy” of his supporters on Monday.

Bloomberg was accused of telling a female employee who couldn’t find a nanny for her child in 1993, “It’s a fucking baby! All it does is eat and shit! It doesn’t know the difference between you and anyone else! All you need is some black who doesn’t even have to speak English to rescue it from a burning building!”

Allegations that Bloomberg told a pregnant employee to “kill” her baby, and belittling remarks about farmers, have also resurfaced on Twitter.

The alleged comments were reported and discussed on almost every major news network Monday, from CBS to ABC.

While many news anchors left out the exact comments Bloomberg allegedly made, and referred to them simply as “alleged sexist comments” or “sexual harassment,” ABC’s Eva Pilgrim gave viewers the details by reading out the full alleged quotes on air.

Bloomberg attacked Sanders in an ad on Monday by displaying negative tweets like “#WarrenIsASnake” and “you’re dumb” from Sanders-supporting Twitter accounts.

“We need to unite to defeat Trump in November. This type of ‘energy’ is not going to get us there,” he commented, before being mocked online.