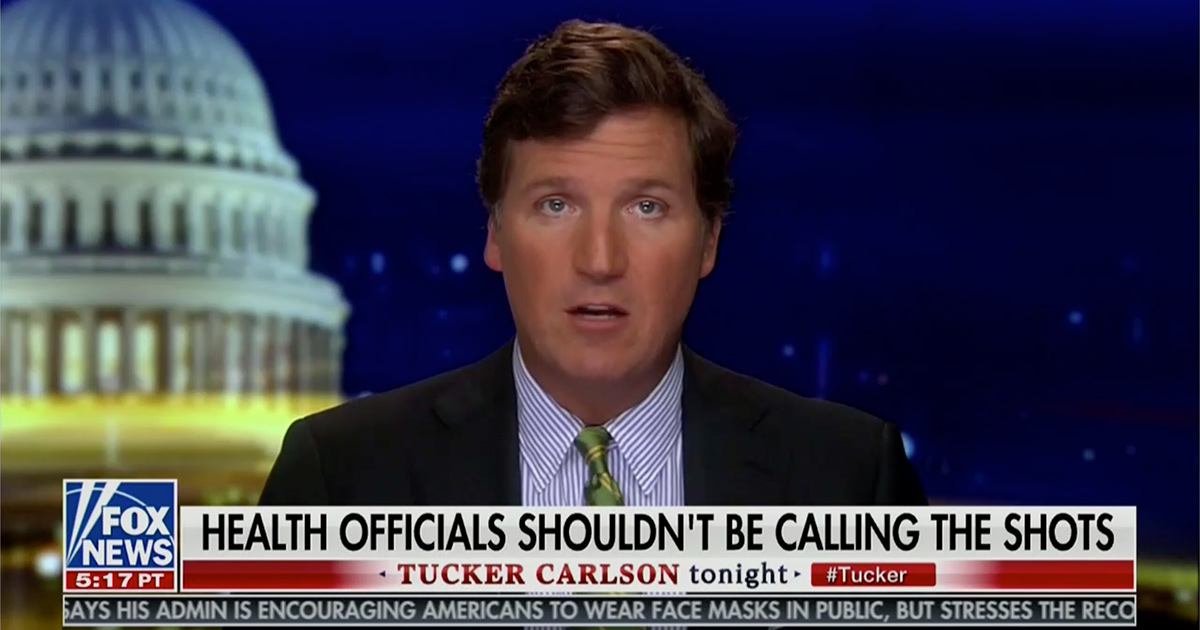 According to data from Nielsen, Tucker Carlson Tonight put up 4.61 million total viewers, and 965,000 in the advertiser-coveted adults 25-54 demographic – leading prime time by a healthy margin. After topping 1 million in the demo his Tuesday broadcast — which featured an interview with the president — Sean Hannity tailed off some on Wednesday but held on to second place in prime time with 4.12 million total and 787,000 in the key demo. Laura Ingraham earned the bronze for Fox in prime time Wednesday, finishing off a clean sweep of the medal podium with 3.72 million overall, and 759,000 in the demo.

The Chris Cuomo and Andrew Cuomo show has proved popular with many viewers, and the New York governor’s Wednesday appearance with his brother boosted Cuomo Prime Time to a strong fourth in the demo — notching 737,000 viewers in that age bracket. Since the coronavirus outbreak, Cuomo has surged in the ratings, consistently beating out MSNBC’s Rachel Maddow in the demo.

Maddow, however, bested her timeslot competitor in total viewers — with 3.10 million viewers to Cuomo’s 2.61 million. Maddow’s overall total was undoubtedly boosted by the fact that Wednesday was a big day in Democratic politics — as Sen. Bernie Sanders (I-VT) dropped out of the presidential race, paving the way for former Vice President Joe Biden to be the nominee.

As for the big 6 p.m. hour during which Trump met with the White House press corps, Special Report drew a staggering 5.53 million viewers overall, and 1.16 million in the 25-54 category. CNN did not pick up the briefing until roughly 30 minutes in, but still posted 2.04 million total and 630,000 in the key demo for the timeslot. MSNBC, which interrupted the briefing several times for fact checks, lagged well behind — as it posted 1.75 million overall and 288,000 in the demo from 5:47 p.m. ET to 6:45, when the briefing aired.