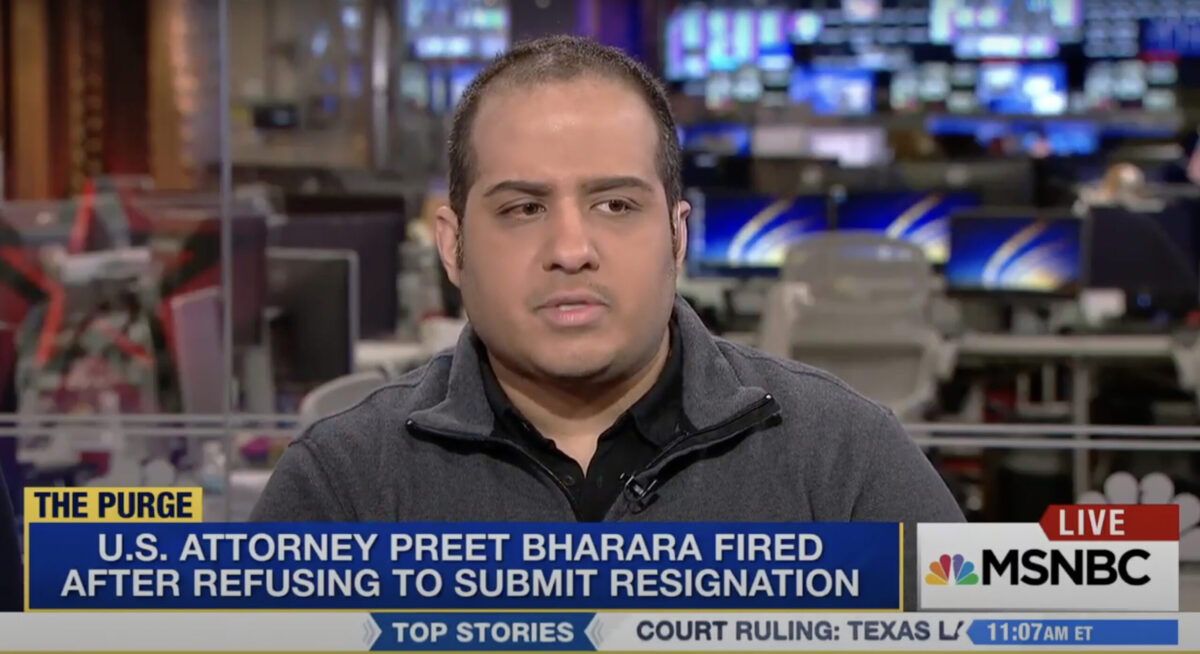 Los Angeles Magazine dropped a stunning profile of journalist Yashar Ali on Wednesday, revealing the clash between the social media star’s public persona, buttressed by a raft of celebrity supporters, and his private controversies.

The profile took a deep dive into Ali, his past, and his countless relationships with high-profile figures. The piece is packed with weird anecdotes and shocking gossip. So, what did Ali’s acquaintances, colleagues, and friends have to say about “one of the most fearsome media figures in the country”?

Here are the five wildest revelations and allegations from the profile:

After meeting the comedian through Twitter DM, Ali became Kathy Griffin’s”unofficial advisor and shadow publicist,” eventually staying her at her Bel-Air mansion. He even wrote a glowing profile of her for New York magazine.

While Ali insisted he stayed for less than six months and left of his own volition, “a source close to Griffin” told Kiefer that he actually stayed for nine months, only leaving after Griffin asked him to and enlisted “two part-time male assistants to help oversee the packing of his belongings.”

“I completely believed that she was uncomfortable and maybe even afraid, and I sympathized with her,” Joan Walsh, the national affairs correspondent for The Nation, said regarding Ali’s stint at Griffin’s. Walsh said she once told her, “Kathy, you got yourself a grifter. You have to get him out of here.”

While Griffin declined to comment on the record, a representative for the comedian told Kiefer, “Sometimes you make a new friend and that friend turns out to be quite a different person than you thought they were.”

Kiefer said that when he asked Ali to suggest figures to contact for comment on the profile, the journalist shared an extensive “spreadsheet listing the personal emails and cellphone numbers of more than 40 bold-face names”

Statements on Ali from CNN anchor Jake Tapper and New York Times Washington correspondent Maggie Haberman were also included in the profile — neither of whom could remember how they met him.

While one former colleague claimed, “There’s a little bit of the Talented Mr. Ripley in” Ali, and another said, “He’s always attached himself to rich, powerful people and to elected officials and made himself appear indispensable”  — others, including Zucker and Tapper, sung the journalist’s praises.

The North Face co-founder Susie Tompkins Buell, however, called her former friendship with Ali “painful to think about.”

“I cared about Yashar until I couldn’t anymore because he was doing things that were unacceptable,” she said. “He did a lot of good things for me, but he doesn’t understand boundaries.”

There’s “a well-known private investigator” on his trail:

Noting Ali’s private nature, and pointing to the lack of pictures of him online, Kiefer revealed that while reporting on the journalist, he was “contacted by a well-known private investigator, who was digging into Ali’s past on behalf of another client.”

“He required that all of his on-the-record quotes be pre-approved and firmly rejected a photoshoot, claiming he didn’t want to be recognized by Scientologists,” Kiefer wrote. “But the church isn’t the only one on his trail.”

Ali reportedly owes Ariadne Getty, a member of the San Francisco-based oil dynasty, $179,000 for debt racked up throughout their friendship, as the journalist “began borrowing large sums of money from her in 2012.”

Getty eventually filed a civil complaint against Ali in 2017, reaching an agreement under which Ali agreed to pay Getty in monthly installments. According to Kiefer, Ali only made two of the payments before defaulting, and the debt is still outstanding.

Food writer Alison Roman allegedly “remains furious” at Ali for his reporting on an interview in which she criticized Marie Kondo and Teigen — sparking intense backlash.

“Like the idea that when Marie Kondo decided to capitalize on her fame and make stuff that you can buy, that is completely antithetical to everything she’s ever taught you,” Roman said in the 2020 interview. “I’m like, damn, bitch, you fucking just sold out immediately! Someone’s like ‘you should make stuff,’ and she’s like, ‘okay, slap my name on it, I don’t give a shit!’”

While Roman apologized for her comments, she was subsequently suspended from her role at the New York Times. Ali also resurfaced a picture of Roman in what he described as a “chola” costume. Roman has insisted she was dressed as Amy Winehouse.