Media Twitter Blasts Stunning New Republic Piece on Buttigieg: ‘What in the F*ck’ 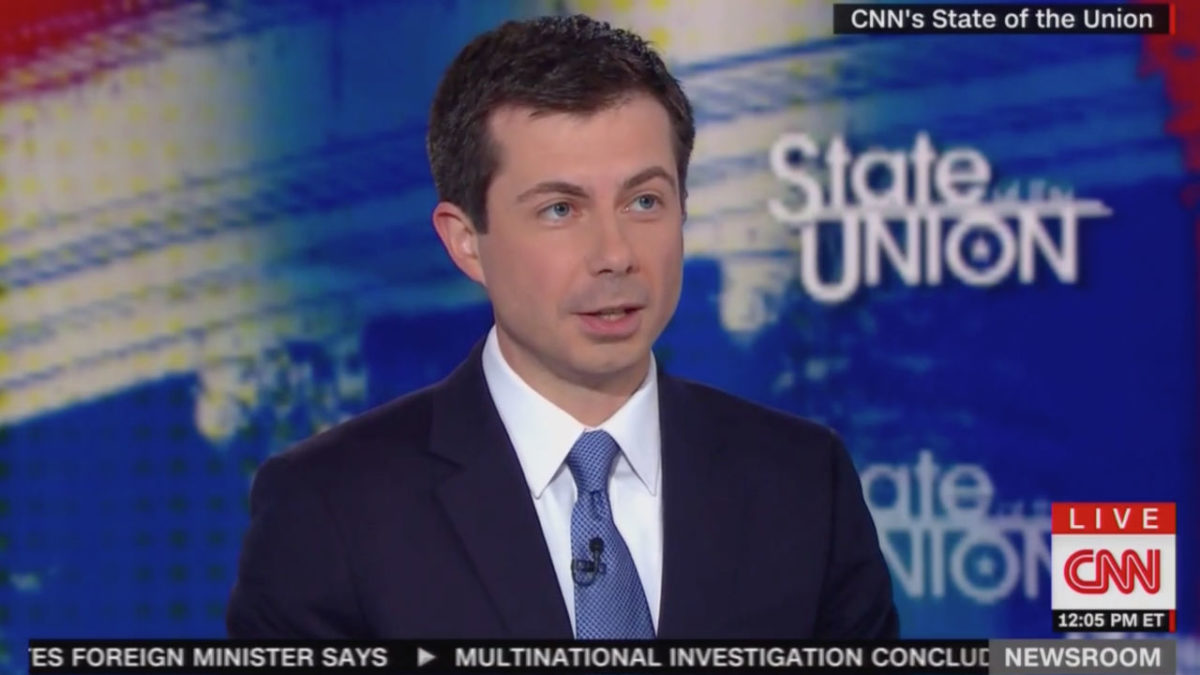 The piece goes into some detail on Peck’s dislike of “Mary Pete”:

Mary Pete and I are just not the same kind of gay. (For those of you wondering about “Mary Pete”: a couple of months ago I asked Facebook what the gay equivalent of Uncle Tom was, and this was the answer at which we collectively arrived)… Mary Pete and I have a lot in common, but at a certain point we came to a fork in the road and I took the one less traveled and he took the one that was freshly paved and bordered by flowers and white picket fences and every house had a hybrid in the driveway and some solar panels on the ceiling, but discrete ones, nothing garish, nothing that would interfere with the traditional look of the neighborhood or the resale value of your home.

Amid the criticism of Buttigieg’s politics comes… this:

All this makes Mary Pete different from every other left-leaning neoliberal in exactly zero ways. Because let’s face it. The only thing that distinguishes the mayor of South Bend from all those other well-educated reasonably intelligent white dudes who wanna be president is what he does with his dick (and possibly his ass, although I get a definite top-by-default vibe from him, which is to say that I bet he thinks about getting fucked but he’s too uptight to do it). So let’s dish the dish, homos. You know and I know that Mary Pete is a gay teenager. He’s a fifteen-year-old boy in a Chicago bus station wondering if it’s a good idea to go home with a fifty-year-old man so that he’ll finally understand what he is.

Yeah, you can guess how that went over.

What in the fuck is wrong with the person who wrote this, does the New Republic not have editors anymore? Mary Pete? Breitbart wouldn’t even run this. Not linking. pic.twitter.com/3M0ymKbKMH

Speaking of editors: This genuinely bizarre New Republic piece on Pete Buttigieg opens with a totally random personal anecdote that goes for 1400 WORDS (!!). This is like, one quarter of it… https://t.co/jN1PpxbWl4 pic.twitter.com/KartVPAEPm

have we read this TNR piece on buttigieg? because i can't stop doing the baffled blinking guy gif as to how these words made print. https://t.co/yeA29wh49B pic.twitter.com/1wp9sUEBDZ

Holy crap, that TNR piece about Buttigieg is… rambling, gross, and bizarre. I don’t understand the purpose of it?

The New Republic piece attacking Mayor Pete for being the wrong kind of gay is (a) a very bad piece of writing and (b) a very unoriginal argument.

… HOW did this @newrepublic piece get published?https://t.co/8kiW4CAcRJ

If you think someone's not radical enough for you, fine. You're entitled to your opinion, though your attacks don't need to be so asymetrical to the offense.

okay but if you look past the screenshot the actual TNR piece is a lot more…oh. Oh wow. No it's not.

What the hell is this nonsense https://t.co/6u3LhAb8nZ

Obviously this is not the key problem with the piece. But being written in that style is usually a good sign that an article is stupid.

Had to look up the link, because I couldn't believe the New Republic actually ran something as awful as this. But… they did. https://t.co/R11keSrN5y

Possible explanations:
1. TNR was hacked from Moscow
2. Author bribed the copydesk to sneak the piece into the magazine
3. It was "Take Your Pharmaceuticals to Work" day.
4. Piece won the "What Would Walter LIppmamn Not Do?" contest.
Seriously? words fail. https://t.co/U0xALEs8fe

UPDATE –– 8:31 pm ET: A statement from The New Republic obtained by CNN says, “The New Republic recognizes that this post crossed a line, and while it was largely intended as satire, it was inappropriate and invasive.”

TNR's response to my request for comment: "The New Republic recognizes that this post crossed a line, and while it was largely intended as satire, it was inappropriate and invasive," Chris Lehmann says https://t.co/ExXYUNe1SU

Though following that statement, as of posting this update, the piece is still up.