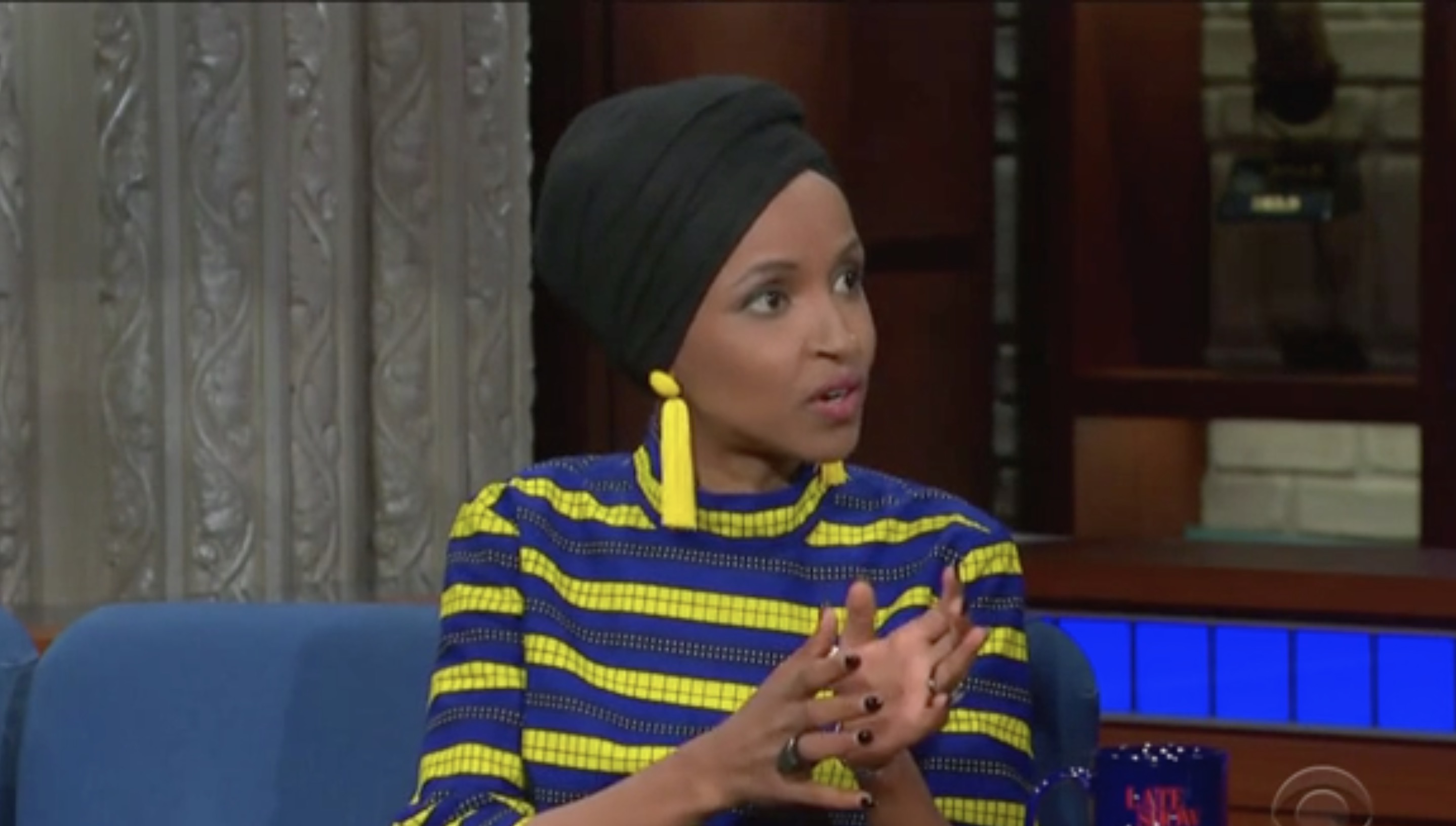 Omar is drawing outrage over a speech she gave last month to the Council on American-Islamic Relations (CAIR) where she spoke of the founding of the group:

CAIR was founded after 9/11, because they recognized that some people did something and that all of us were starting to lose access to our civil liberties.

The speech was widely covered at the time (Fox News aired it live), but the clip was unearthed again this week. Critics have accused Omar of minimizing the full impact of the terror attacks, though she is calling these criticisms “dangerous incitement” from the right while defending her loyalty to the Constitution.

As it were, the Post is slamming Omar with their print issue’s latest cover photo, offering a stark reminder of the size and scale of the attack.

“Here’s your something,” the headline blares, over a photo of the two towers engulfed in flames. 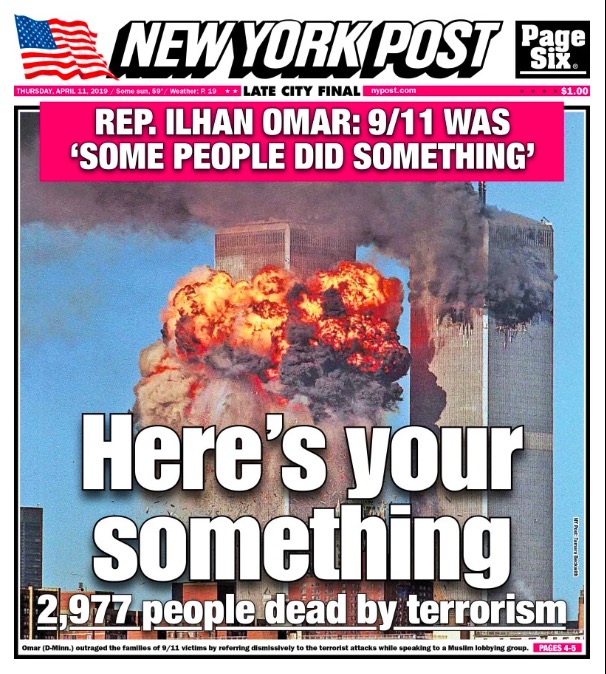