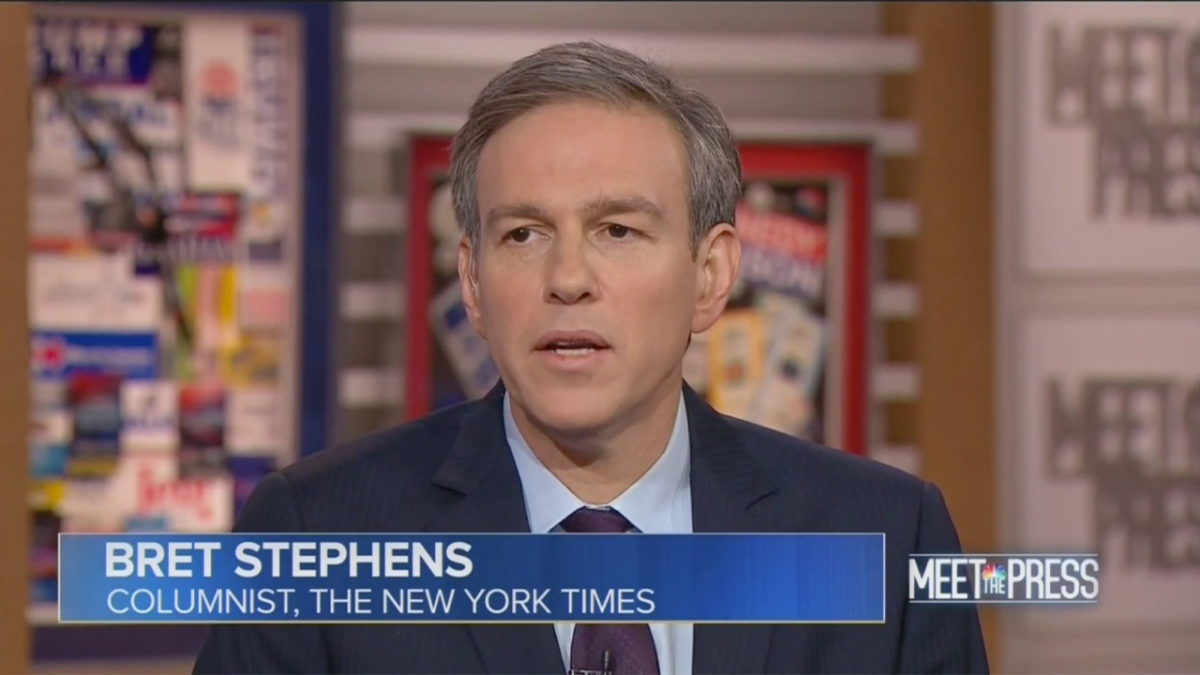 The New York Times did some damage control on Sunday after columnist Bret Stephens came under heavy criticism for a piece that dabbles in eugenics in order to say Jews are smarter than other people.

Stephens’ piece, entitled “The Secrets of Jewish Genius”, invokes numerous Jewish historical figures in order to ask “How is it that a people who never amounted even to one-third of one per cent of the world’s population contributed so seminally to so many of its most pathbreaking ideas and innovations?” From there, Stephens refers to the Ashkenazi Jews as a case study of how Jews “are, or tend to be, smart.”

The piece continues with Stephens citing a study from 2005 that compared Ashkenazi Jews to other ethnic groups and determined that they have the highest average IQ. The paper on the study was partially authored by deceased academic Henry Harpending, who was identified as a “white nationalist” by the Southern Poverty Law Center and has been criticized for advancing scientifically-questionable, racially-charged hypotheses.

Stephens and the Times were widely trashed online, and the incident has also prompted a resurgence in mockery for Stephens after he deactivated his Twitter account earlier this year after blowing up at a critic who called him a “bedbug.”

In the midst of the outrage, the Times added an editor’s note to Stephens’ piece, saying he did not endorse Harpending’s racist views, “but it was a mistake to cite [his study] uncritically.” They went on to announce that they scrubbed Harpending’s study from the column.

Bret Stephens’ latest column (https://t.co/6ECSD0oWe8), which argues that culture and history drive Jewish achievements, has been edited to remove a reference to a paper widely disputed as advancing a racist hypothesis. We’ve added the following editors’ note to the column. pic.twitter.com/Aj7eU3Fce2