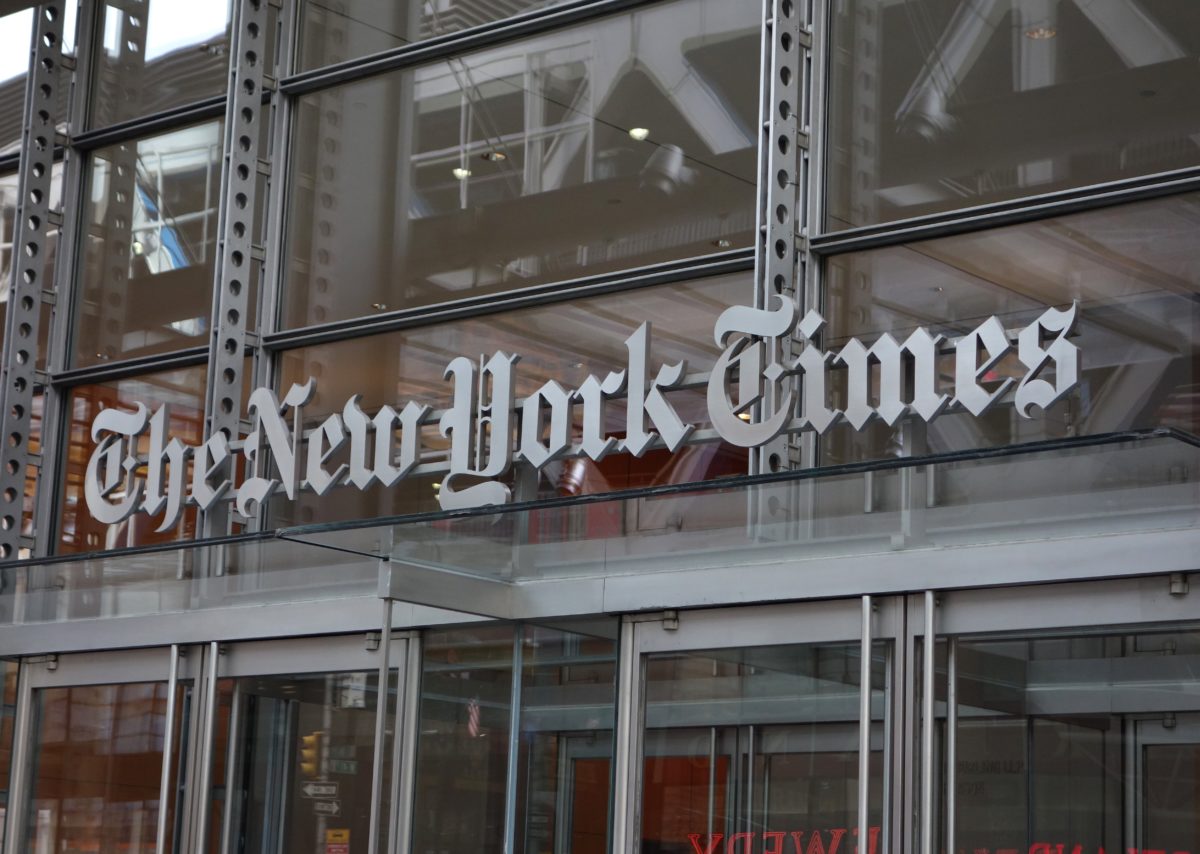 The New York Times drew criticism on Sunday for how it framed a story about former Vice President Joe Biden and an allegation of sexual assault against him.

The Times published an article on Sunday examining the allegation of Tara Reade, who claims that Biden sexually assaulted her in 1993 when he was a U.S. senator. The new allegation is a step up from Reade’s previous claims against Biden: she was among the eight women who said he had inappropriately touched them.

The former aide, Tara Reade, who briefly worked as a staff assistant in Mr. Biden’s Senate office, told The New York Times that in 1993, Mr. Biden pinned her to a wall in a Senate building, reached under her clothing and penetrated her with his fingers. A friend said that Ms. Reade told her the details of the allegation at the time. Another friend and a brother of Ms. Reade’s said she told them over the years about a traumatic sexual incident involving Mr. Biden.

The article goes on to say that Times reporters looked into Reade’s allegation. They note her differing versions of Biden’s actions, her past praise for Biden’s advancement of the Violence Against Women Act, and their search for corroborating evidence against the former vice president. After reaching out to sources, conducting interviews and reviewing various documents, the Times wrote that “no other allegation about sexual assault surfaced in the course of reporting, nor did any former Biden staff members corroborate any details of Ms. Reade’s allegation. The Times found no pattern of sexual misconduct by Mr. Biden.”

That line from the Times about Reade’s accusations was stealth-edited from a previous version. Initially, the report stated there was no evidence of a pattern of misconduct by Biden “beyond the hugs, kisses and touching that women previously said made them uncomfortable.” That is now removed from the Times story.

The Times also deleted a tweet including the same language:

We’ve deleted a tweet in this thread that had some imprecise language that has been changed in the story.

A bipartisan mix of media followers lobbed criticism at the paper for how it treated the allegation against Biden:

The Times was unable to corroborate the allegation against Biden, which may remind you of the charges against Brett Kavanaugh. But I don’t recall the Times ever quite saying that about the Kavanaugh case. Oh, and there were no “hugs, kisses and touching” claims against Kavanaugh. https://t.co/kYxz3tohSc

Wait what IS this sentence? pic.twitter.com/K4p91esw6n

Exactly as predicted @nytimes comes out with story about Tara Reade’s allegations against @JoeBiden right after @BernieSanders leaves the race. They of course say they were working on story all along. Funny how accurately we can predict these coincidences. https://t.co/rnux7rqemO

I don’t know whether Ms. Reade is telling the truth, and the presumption of innocence is a vital pillar of our justice system. But this detail alone presents more contemporaneous evidence against Biden than was ever presented against Kavanaugh: pic.twitter.com/wag0IZGF0k

There’s no evidence of misconduct from Joe Biden beyond (checks article) hugs, kisses, and *touching.*

And then they removed that afterwards?

The @nytimes shows up way late… and according to #MeToo she must be believed and @JoeBiden must not be believed… https://t.co/AbFVNEH5xb

They deleted the reference to that which was in the story originally: being very helpful to Joehttps://t.co/ywC9YDjLVn

The @nytimes deleted this tweet and also did an unacknowledged edit of this out of their story. Brave. pic.twitter.com/XieC3SngaQ

Exactly as predicted @nytimes comes out with story about Tara Reade’s allegations against @JoeBiden right after @BernieSanders leaves the race. They of course say they were working on story all along. Funny how accurately we can predict these coincidences. https://t.co/rnux7rqemO