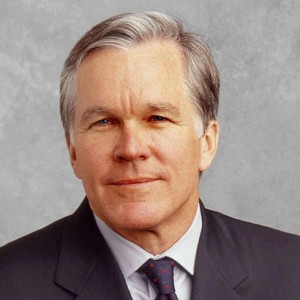 As has been noted here and elsewhere — most notably in the pages of the actual paper(!) — New York Times managing editor Bill Keller has in the last week unchained himself from his managerial desk duties at the Times building and reappeared smack in the middle of Iran’s (and possibly Twitter’s, depending whom you read) historic uprising.

Keller’s byline first appeared online Saturday evening and then again as an A-1 story in the Sunday print edition and has since popped up intermittently in the international section. Some people seemed to find this disconcerting, despite Keller’s highly respected career as a foreign and Pulitzer prize corespondent (for covering the collapse of the Soviet Union) there has been over the last week a sense of ‘how dare he?’ as though it is somehow inappropriate for Keller to temporarily shrug off his managing duties (of it must be said, a seemingly slowly sinking ship). The phrase “danger slut” was employed. So what? He’s old, he should stay in his room? He’s hogging the front page? Okay fine. But our immediate reaction (admittedly in the afterglow of the The Daily Show‘s segement was akin to a sigh of relief that the man running the world’s preeminent newspaper* continues to understand, first hand(!) the importance of foreign bureaus, and first-hand reporting, and the danger that sometimes goes in hand with both. Anyway, aren’t all foreign reporters, past or present, danger sluts?

I’ve had a few bizarre vibes from people outside the NYT who are puzzled by my presence in Tehran. Do people in the media crit game really think editors are supposed to be desk jockeys who never go get a sense of the story? (When I was a correspondent I had visits from Max Frankel and Joe Lelyveld, among others, and welcomed them as a chance to share my enthusiasm for the beats I covered.) Or is the idea that when a big, exhausting news breaks visiting editors should hole up in the hotel and let the reporters do all the work? Weird.

Indeed. Or perhaps just sour grapes (does green with envy qualify as supporting Democracy in Iran?) At any rate, Keller also was quick to give props to his fellow reporters in Iran who were working their “hearts out” and noted that IHT‘s Roger Cohen, who has a slightly longer visa may be “the only English-language opinion-writer still actually in Iran.” You can read Keller’s full email here.