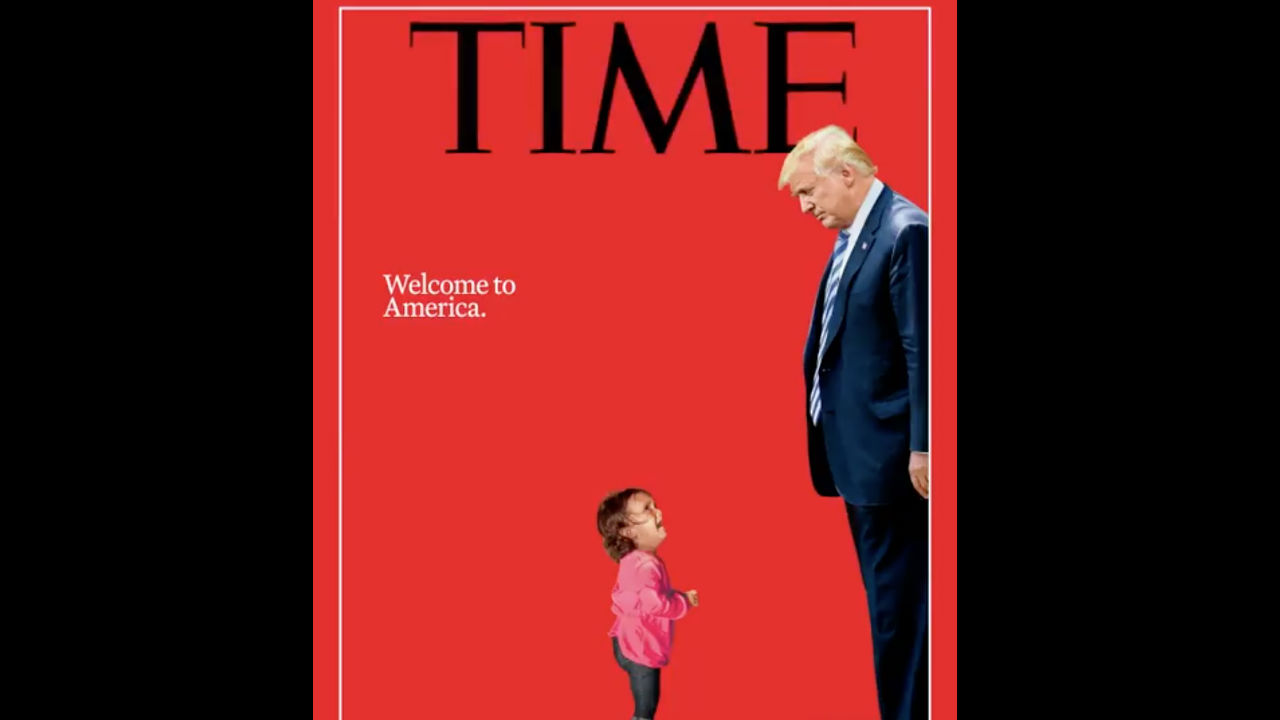 President Donald Trump doesn’t need a pretext to bash the media, but Time magazine just handed him one.

By now, the world has seen the infamous image of the two-year-old Honduran girl sobbing as her mother is searched in McAllen, TX near the southern border. The photo, shot by Getty’s John Moore on June 12, made that child, according to Time, “the face of the family separation policy.”

So, it was a bold message from the publication when it cropped out the girl and placed her on its cover, standing beneath Trump, who is towering over her against Time’s signature red backdrop across which is printed, “Welcome to America.”

However, just as soon as the cover was released, the border patrol agent involved in the scene said the mother and child were never separated, and Immigration and Customs Enforcement confirmed they are being housed together.

That would have been the moment for Time to acknowledge it promoted a misleading message, but instead, it chose to double down on its mistake.

“Our cover and our reporting capture the stakes of this moment,” Editor-in-Chief Edward Felsenthal told CNN, noting that Moore’s photo “became the most visible symbol of the ongoing immigration debate in America for a reason.”

Although Moore had never said separation was occurring in the photo, after learning the truth, he told CBS News he was content with the cover and his work’s impact.

The problem, with which Time and Moore seem unconcerned, is that credibility matters, potentially now more than ever before in the 21st century. One need not run through the myriad ways in which the press is lambasted daily, whether by a president calling it fake, or by his right-wing base echoing it. Not to mention the existence of actual disinformation campaigns online, of which the public should be warier.

The status quo is defined by a hyper-sensitive attitude toward news where trust in the media remains dishearteningly low, which becomes even more disturbing considering it should function as the last check on governmental power.

Under an administration that routinely seeks to paint the fourth estate as dishonest, would it be wrong in claiming so given this cover?

And if the press is to claim such criticism is unwarranted, would it not be hypocritical?

Time, in its effort to capture in a single juxtaposed image of child and president the cruelty of the week’s events, has instead given ammunition to an administration and its supporters who are now so predictably using it to fire back at the media and the plight of immigrants.

The error was never in capturing that moment, it was in defending the way it was used––a problem emblematic of what occurs when journalists conflate their jobs with those of activists. The purest version of our profession is in advocating for nothing other than truth, as close as we can get to that concept.