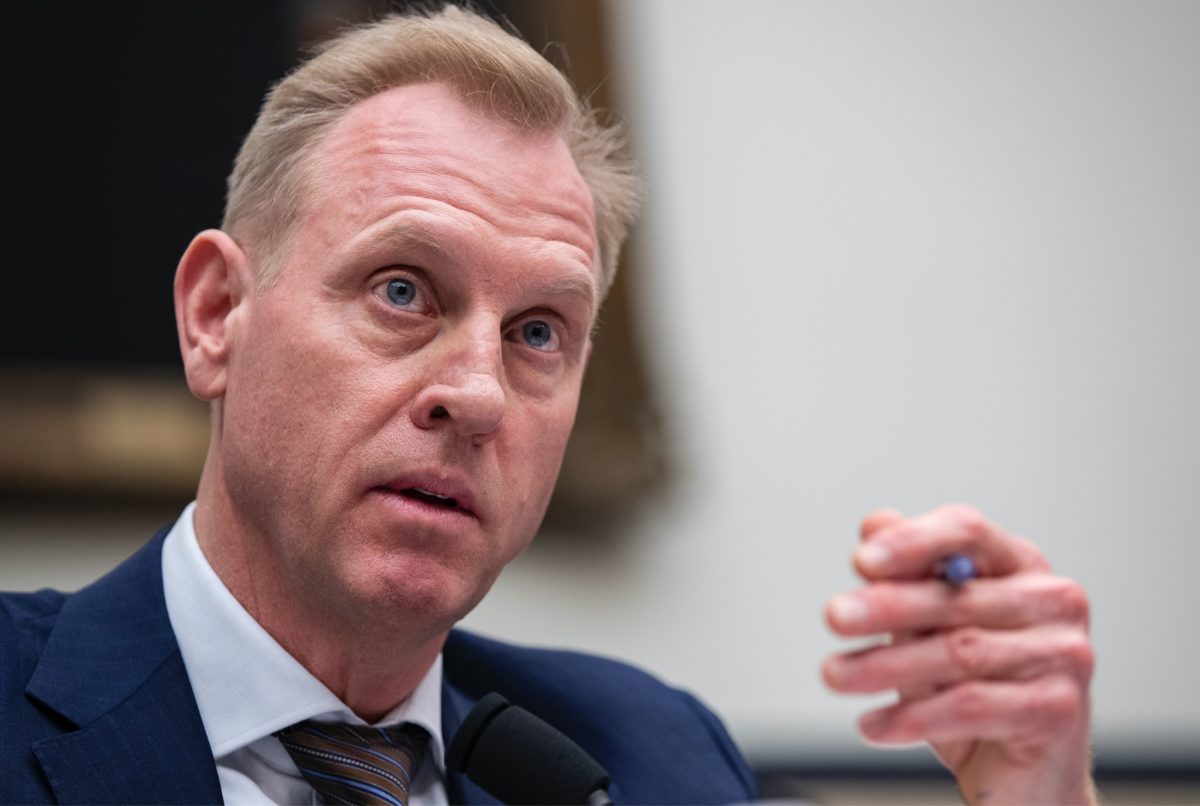 As President Donald Trump announced that Acting Defense Secretary Patrick Shanahan will not go forward to pursue confirmation for the job, new reports have shed some light on why Shanahan might’ve decided to withdraw.

USA Today reported that that the FBI’s background check has led to the bureau investigating a domestic violence incident nine years ago between Shanahan and his ex-wife, Kimberley Jordinson. According to court filings and police records, Shanahan and Jordinson both alleged the other had punched them, but Jordinson was taken into custody as police found Shanahan with a bloodied nose, a blood-stained hand and scratched chin.

Shanahan and Jordinson stood by their respective accounts when USA Today reached out for comment, but they also got a statement from their son, William Shanahan, who witnessed the incident. Shanahan claims his mother “coerced” him into submitting a statement to his mother’s criminal lawyer back then after saying he didn’t see his parents hit each other.

The son, Will Shanahan, who was 15 at the time of the incident, now asserts his mother “coerced” him to sign the document meant to assist her defense, according to a statement he provided to USA TODAY. He said the initial declaration, which indicated that police had treated his mother “unfairly,” was “false, dishonest and did not represent the accurate facts.”

In interviews with Washington Post, Shanahan recalled a separate incident from 2011 in which he defended his son after William beat his mother with a baseball bat. According to the Post’s reporting, “the attack had left Shanahan’s ex-wife unconscious in a pool of blood, her skull fractured and with internal injuries that required surgery.”

Shanahan wrote a memo after the attack claiming that his son had acted in self-defense and that “Will’s mother harassed him for nearly three hours before the incident.” However, Shanahan told the Post that he since regrets writing his passages justifying the assault.

“Quite frankly it’s difficult to relive that moment and the passage was difficult for me to read. I was wrong to write those three sentences,” Shanahan said. “I have never believed Will’s attack on his mother was an act of self-defense or justified. I don’t believe violence is appropriate ever, and certainly never any justification for attacking someone with a baseball bat.”

Shanahan spoke of these and other family altercations with the Post‘s reporters, expressing concerns that if he was asked about them in confirmation hearings, it “will ruin my son’s life.”

“Bad things can happen to good families…and this is a tragedy, really,” Shanahan said.

Trump announced on Twitter that Shanahan would be withdrawing from consideration for defense secretary — a post that requires a confirmation process — and would be replaced by Mark Esper, the secretary of the army.