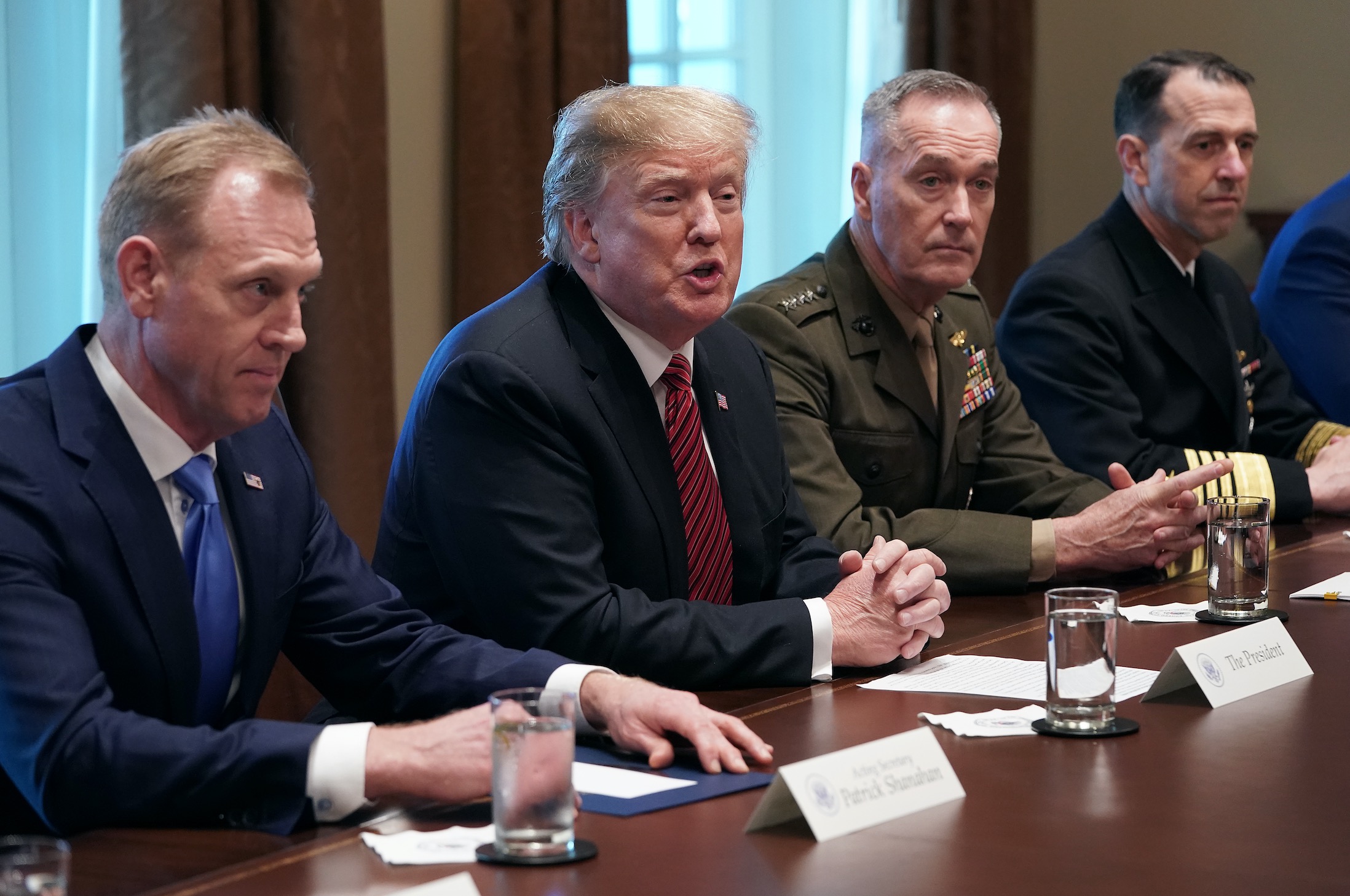 Acting Defense Secretary Patrick Shanahan, who held the post for just under six months, is withdrawing from consideration for nomination, President Donald Trump announced on Twitter.

“Acting Secretary of Defense Patrick Shanahan, who has done a wonderful job, has decided not to go forward with his confirmation process so that he can devote more time to his family,” Trump wrote Tuesday. “I thank Pat for his outstanding service.”

….I thank Pat for his outstanding service and will be naming Secretary of the Army, Mark Esper, to be the new Acting Secretary of Defense. I know Mark, and have no doubt he will do a fantastic job!

Shanahan, who spent nearly his entire adult life working for Boeing, joined the Trump administration as deputy defense secretary in 2017. He took the top job — in an acting capacity — after Defense Secretary Jim Mattis abruptly resigned in late 2018 over disagreements with Trump’s Syria policy. Trump announced his intention to nominate Shanahan to take the job in May, pending a confirmation process.

As part of the process, the FBI reportedly began investigating an incident of domestic violence between Shanahan and his wife from 2010, amongst other violent family altercations.

The Washington Post has a new interview in which Shanahan opens up about those incidents.

UPDATE 2:10 p.m. EST: Shanahan issued a statement on his resignation: