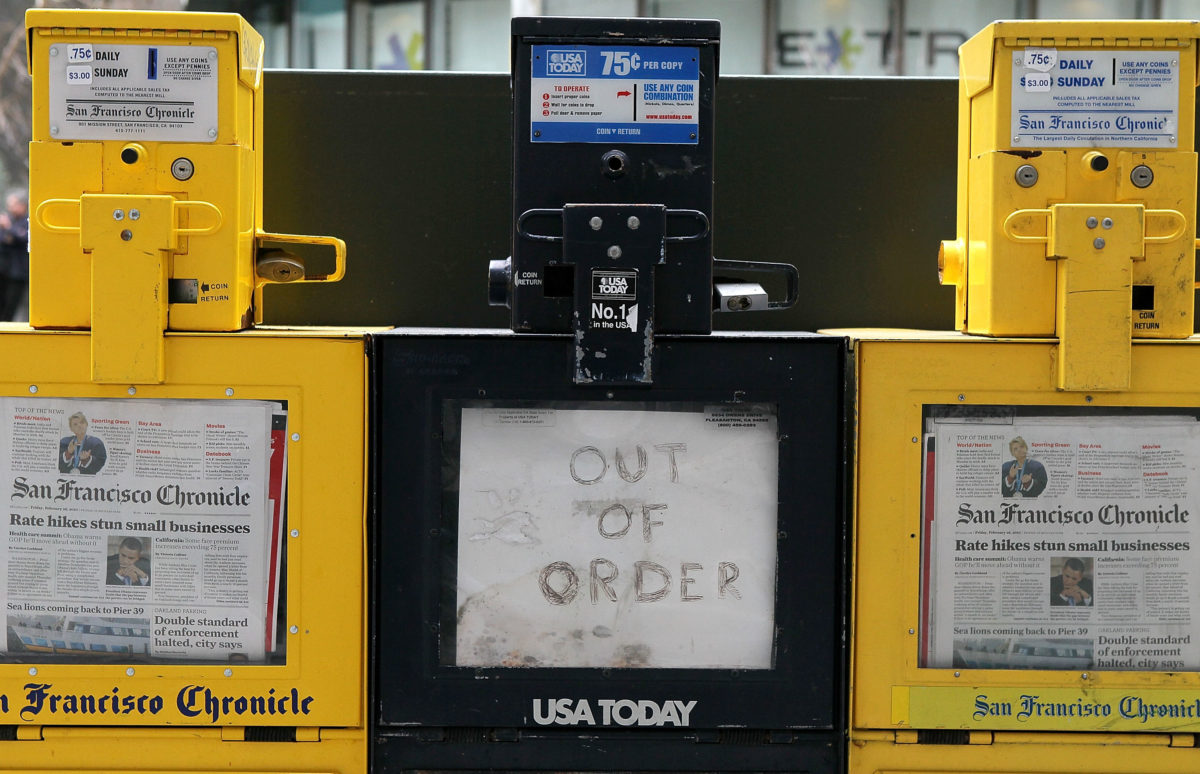 USA Today, whose parent company Gannett is about to be acquired by the New Media Investment Group, will allegedly soon start phasing out its print edition, according to a report from the Poynter Institute, Wednesday.

The Poynter Institute reported that USA Today is “about to undergo a major restructuring that will include building up digital marketing while phasing out the print edition,” following the acquisition of its parent company. The Poynter Institute also noted, however, that it “could take several years” for the print edition to be phased out completely.

“But two knowledgeable sources, talking on background, said a move away from USA Today in print is part of the calculations for the new enterprise. It makes a lot of sense, given the print edition’s deteriorating paid circulation and minimal advertising,” the report explained, adding, “Declining print circulation numbers paint a picture of why winding down the five-day-a-week print edition in an orderly way would be attractive to the merged company.”

In a statement, USA Today publisher Maribel Perez Wadsworth denied any plans to shut down the print edition.

“Gannett has no plans to discontinue the print edition of USA TODAY, which remains an important part of our business,” Wadsworth claimed. “Gannett remains committed to high-quality journalism for the communities we serve and our ongoing digital transformation, and we are pleased to have found a like-minded partner in New Media.”

“We believe the combination of our two companies will transform the landscape in the print and digital news business and, following the close of the transaction, we look forward to delivering on the compelling benefits for audiences, customers, employees and shareholders,” she continued.

One unnamed source told Poynter that Gannett CEO Paul Bascobert is currently “not impressed” with USA Today, with the CEO allegedly declaring that “middle-of-the-road is not a strategy.”