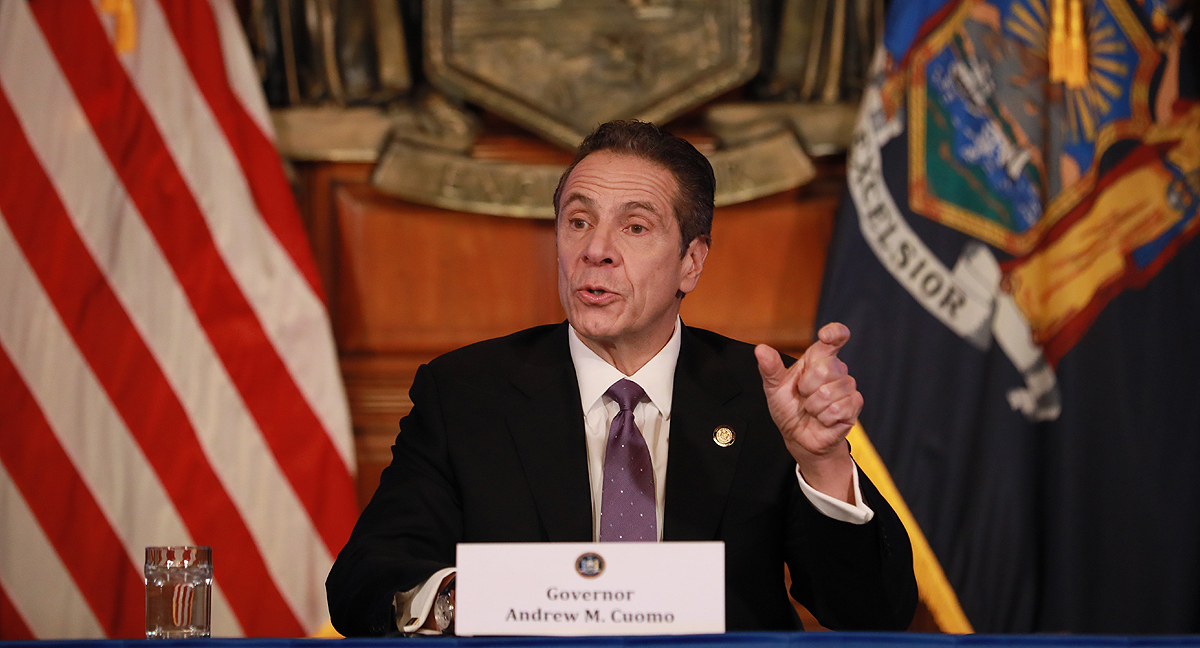 New York Governor Andrew Cuomo dismissed the criticism of his handling of nursing home deaths during the coronavirus pandemic, calling the outrage “a shiny object” and “pure politics.”

Cuomo made his comments during a Thursday WAMC radio interview with Alan Chartock (the relevant part begins at the 21:38 mark). The New York governor has been condemned by White House officials and Fox News personalities for his policy of forcing nursing homes to accept the intake of positive Covid-19 patients during the early weeks of the outbreak. In early May, a New York Times analysis found that nearly 5,000 nursing home residents and workers in New York had died from the virus, which was between one-third and one-half of all Covid-19 deaths.

During Chartock’s interview, he brought up the nursing home issue. “Do you ever change your mind, governor, about anything based on what these reporters are,” he asked after a moment where Cuomo praised the press for its diligence during the early stages of pandemic. “For example, I think, about the nursing home situation, you got a lot of criticism from them, they asked one question after another. Is there anything you could point to in which you say ‘Ok, they really sort of have convinced me I’m on the wrong track here.'”

“The nursing home is an unfortunate situation on two levels. Number one, people in nursing homes died,” Cuomo said, making an obvious point. “The nursing home [issue] is pure politics,” Cuomo then said dismissively before pivoting to attack “Republicans in Congress” for sending letters about the issue only to states with Democratic governors.

“It’s all politics,” Cuomo reiterated moments later. “That’s what makes it terrible. Because you’re talking about death. And people who are suffering with the death of a loved one. And then you want to politicize this — at this time? Uh, please?!”

“On the facts, it’s just so wrong what they’re saying on so many levels,” Cuomo then said, blaming the New York Post, Rupert Murdoch, and “pro-Trump propaganda” for the attacks on his handling to the nursing home deaths.

“They don’t want to talk about the what the federal government did on the Covid, so they want to attack the Democrats for nursing home deaths,” Cuomo said. “It’s the same M.O., just distract, create a shiny object to take your attention off what they don’t want you to focus on. They done’t want to talk about the federal government’s response, or lack of response.”