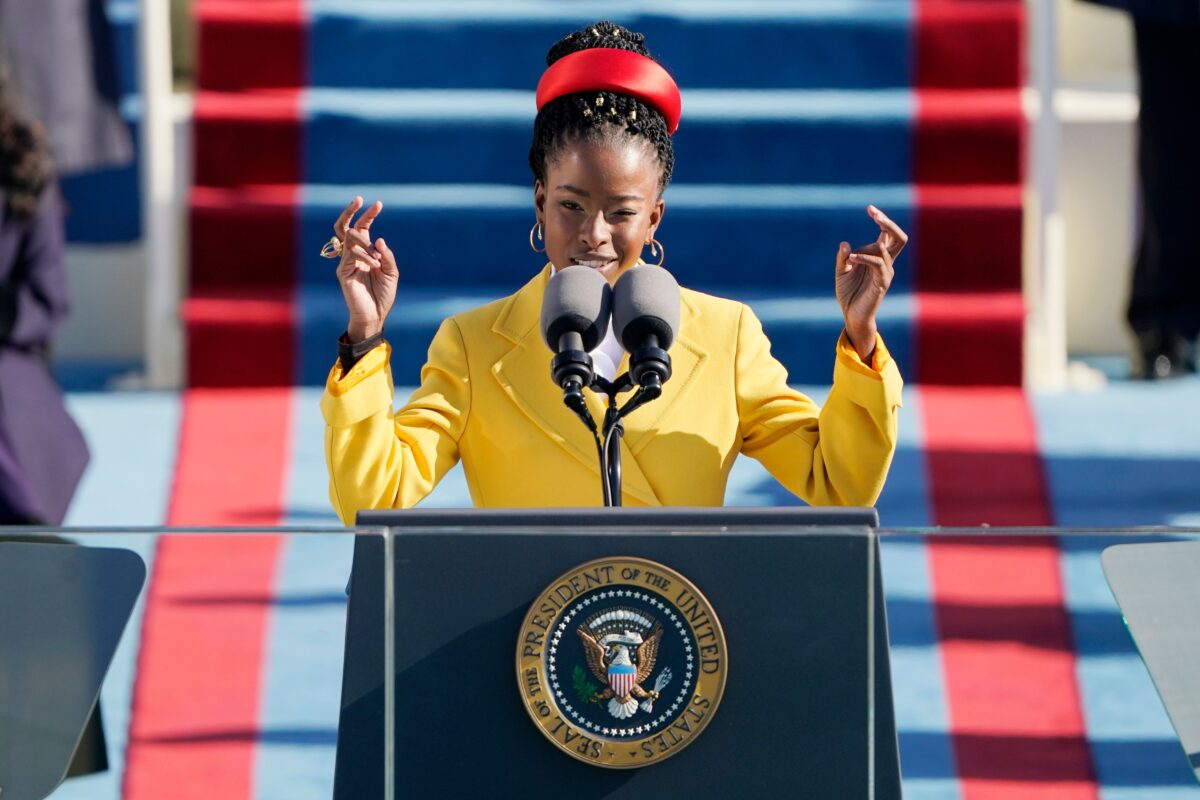 Amanda Gorman, the 22-year-old poet who shot to fame after performing at President Joe Biden’s inauguration, is headed to the Super Bowl.

The NFL announced Wednesday that Gorman will will write and recite an original poem during the Super Bowl LV pregame show.

The youth poet laureate will pay tribute to three honorary game captains who were chosen by the NFL thanks to their efforts during the COVID-19 pandemic.

Gorman, the youngest poet to perform at a presidential inauguration, became a breakout star thanks to her powerful and inspiring message of unity. Barack Obama, Hillary Clinton and Oprah Winfrey were among those who praised her on social media following the inauguration.

Other Super Bowl LV performers include The Weeknd, who’s headlining the halftime show, while Eric Church and Jazmine Sullivan will sing the national anthem. H.E.R. will perform “America the Beautiful,” and Miley Cyrus is set to perform in a pregame show for health care workers.