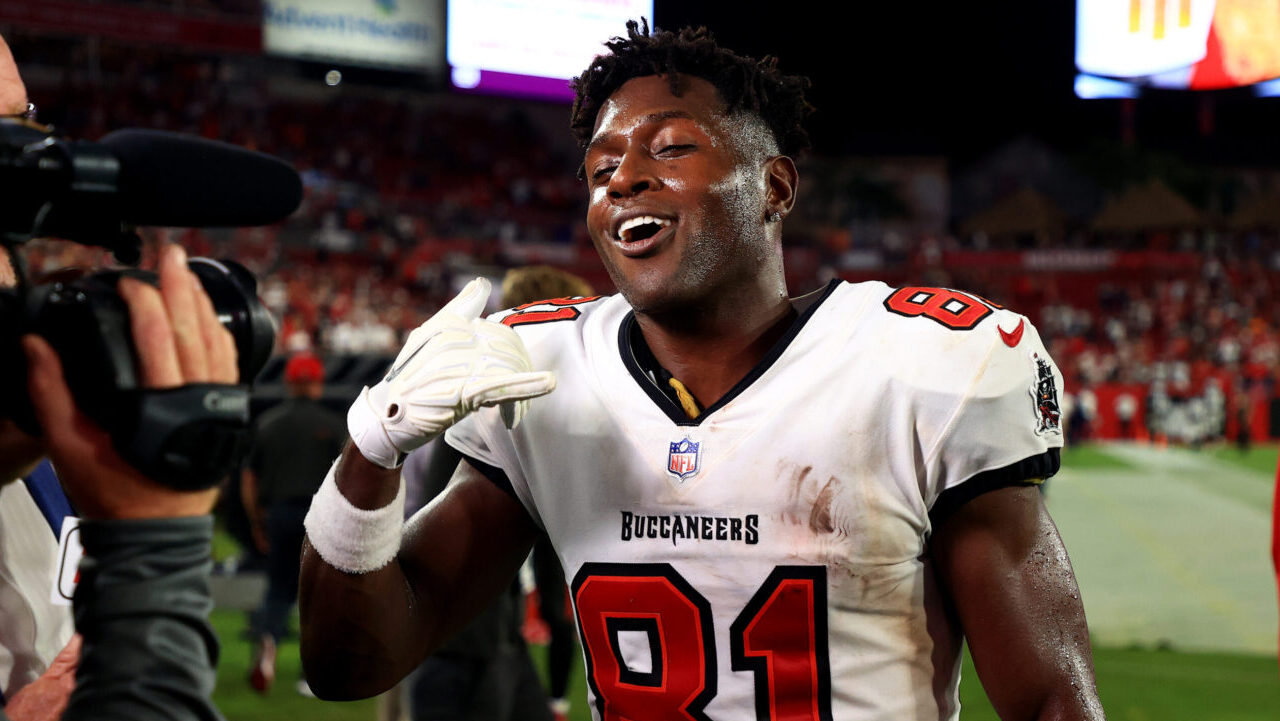 Star wide receiver Antonio Brown and his Tampa Bay Buccaneers teammate Mike Edwards have both been suspended by the NFL for three games after the league discovered they misrepresented their vaccination status.

Free-agent wide receiver John Franklin III was also suspended for three games, which will be served if he signs with a team. Suspensions for all three players will be served without pay.

Here’s the full release on the three-game suspensions of #Bucs WR Antonio Brown and S Mike Edwards and free agent John Franklin III, who have waived their rights to appeal and will begin serving their suspensions immediately. pic.twitter.com/UHsZwYBdCP

“The health and safety of players and personnel is our top priority. The protocols were jointly developed working with our respective experts to ensure that we are practicing and playing football as safely as possible during the ongoing pandemic,” the NFL and NFLPA said in a joint statement. “The NFL and NFLPA jointly reinforce their commitment and further emphasize the importance of strict adherence to the protocols to protect the well-being of everyone associated with the NFL.”

After he was accused of acquiring a fake vaccine card last month, Brown’s attorney claimed his client was vaccinated, and to prove it, the wide receiver would be willing to get a booster shot on TV. But after receiving the suspension, Brown waived his right to appeal.

“Mr. Brown is vaccinated and continues to support the vaccine for any person for whom it is appropriate,” Brown’s lawyer, Sean Burstyn said in a statement to the NFL Network. “The NFL made its determination and, instead of going through the drawn out and distracting process of challenging the outcome, Mr. Brown wrapped this up promptly and he will make this [sic] most of this time by treating his ankle injury. Mr. Brown will be motivated, well-rested, and in the best shape of his life when he returns in week 16.”

Currently in his second season with the Bucs, Brown has not played since Oct. 14 due to a foot injury.

Before the start of the NFL season, Tampa Bay head coach Bruce Arians claimed their roster was 100 percent vaccinated against Covid. It is possible that Brown is now vaccinated, as his lawyer claims, but still may have used a fake card during training camp.