Ann Coulter Blasts Trump: ‘Shallow, Narcissistic Conman’ Who is Falling Down on the Job 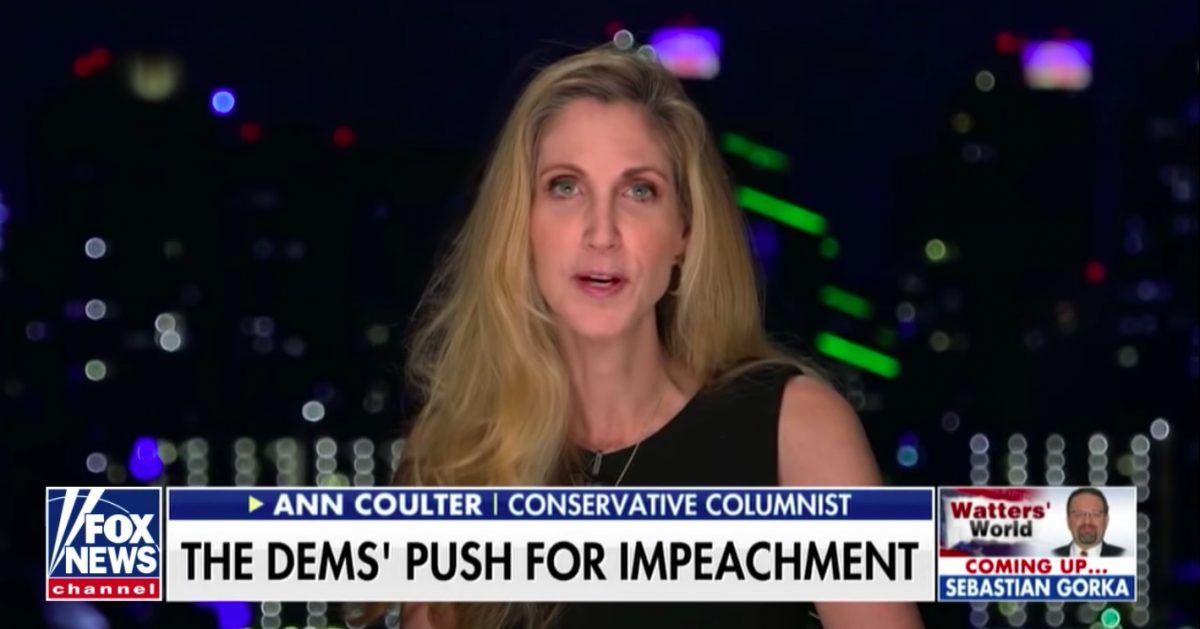 Provocateur Ann Coulter is not backing down in her criticisms of President Donald Trump as evidenced from a recent talk she gave at a luncheon for the Forum Club of the Palm Beaches.

The Palm Beach Post reports Coulter continued her jabs at Trump, noting it’s been harder to find people to talk to.

“It’s frustrating,” Coulter said. “I can’t talk to Trump detractors because, as the subtitle to my last book indicated, they’re insane. I can’t talk to the Trump flatterers because they think as soon as it comes out of his mouth, it has happened. No, he’s an excellent talker. It’s just when it comes to doing anything that he falls down on the job.”

“Trump may be a shallow, narcissistic conman, but that doesn’t mean the media are not the enemy of the people. Both things can be true,” she added. She did admit one of the good things about a Trump presidency has been the “total destruction of the lying media.”

The once diehard supporter of Trump has fallen away since he has not kept his promise to build a border wall.

“The first George Bush, for example, ‘Read my lips, no new taxes.’ OK — he said it one time at the convention. One time. Trump talked about building the wall at least once a day for 18 months,” Coulter said.

Trump ripped into to Coulter last week, calling her a “Wacky Nut Job”:

Wacky Nut Job @AnnCoulter, who still hasn’t figured out that, despite all odds and an entire Democrat Party of Far Left Radicals against me (not to mention certain Republicans who are sadly unwilling to fight), I am winning on the Border. Major sections of Wall are being built…

….and renovated, with MUCH MORE to follow shortly. Tens of thousands of illegals are being apprehended (captured) at the Border and NOT allowed into our Country. With another President, millions would be pouring in. I am stopping an invasion as the Wall gets built. #MAGA