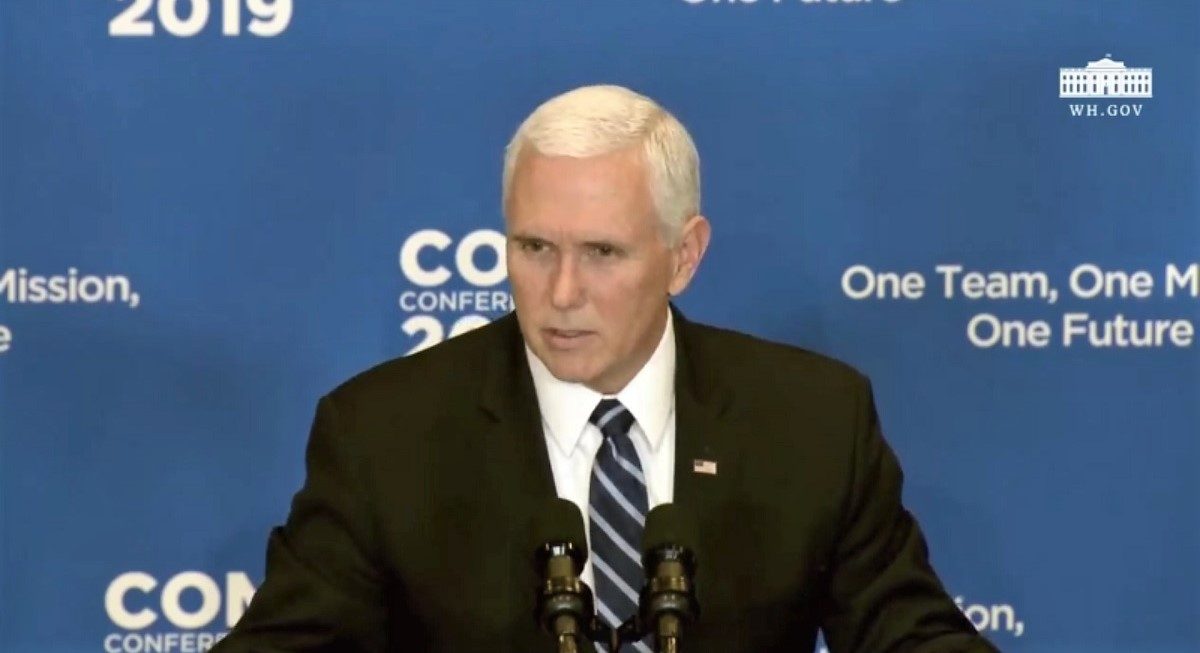 A columnist for The Irish Times likened Vice President Mike Pence’s visit to the country to the learning that a guest in your house “shat on the new carpet in the spare room.”

Columnist Miriam Lord penned the highly-critical piece following Pence’s visit to Ireland attracted a slew of controversies, including his stay at a President Donald Trump-owned resort.

However, Lord also honed in on Pence endorsing Brexit and British Prime Minister Boris Johnson while he was in Ireland – where Brexit is a cause for concern as Ireland remains in the European Union.

“Pence, after all, is Irish American and wastes no opportunity to go misty-eyed about his love for the “Old Country” as he lards on his Mother Machree schtick on both sides of the Atlantic. He couldn’t praise Ireland enough on Tuesday – “deeply humbled” and “honoured” to be going to the hometown of his mother’s grandmother and so on.

But, after he said all these nice things about the “Emerald Isle” and how much his boss Donald Trump – he sent his best wishes, by the way – appreciates us and all we do to help American security in Shannon, he delivered a very strong endorsement of Boris Johnson and Brexit.

No room left for doubt. As Pence read from the autocue and Irish eyes definitely stopped smiling, it was clear he was channeling His Master’s Voice. Trump is a fan of Brexit and of Boris.”

“Like pulling out all the stops for a much-anticipated visitor to your home and thinking it has been a great success until somebody discovers he shat on the new carpet in the spare room, the one you bought specially for him,” Lord wrote of Pence’s visit.