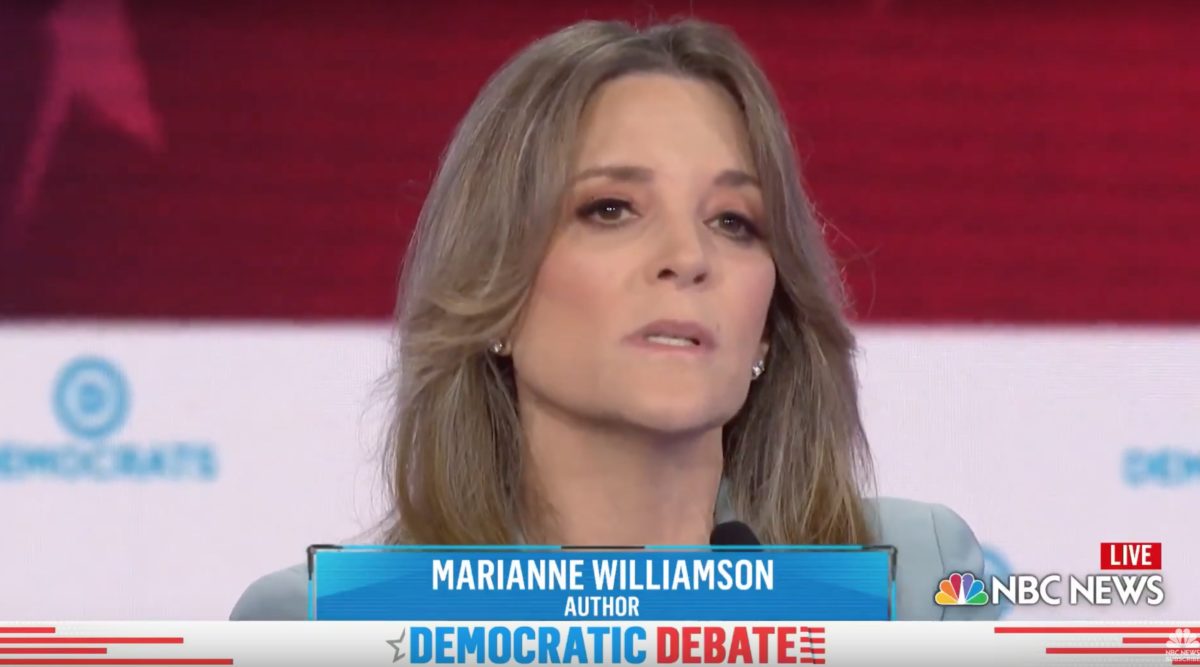 Self-help guru Marianne Williamson has deleted a tweet insisting its “not a wacky idea” that a collected power of will could stop Hurricane Dorian before it continues its devastating path.

On Wednesday, the Democratic 2020 candidate posted that “a creative use of the power of the mind. Two minutes of prayer, visualization, meditation for those in the way of the storm” could be enough to turn Dorian away before it makes landfall again. Dorian is still approaching the southeastern U.S., but Williamson’s tweet comes after the storm already caused catastrophic levels of damage in the Bahamas. 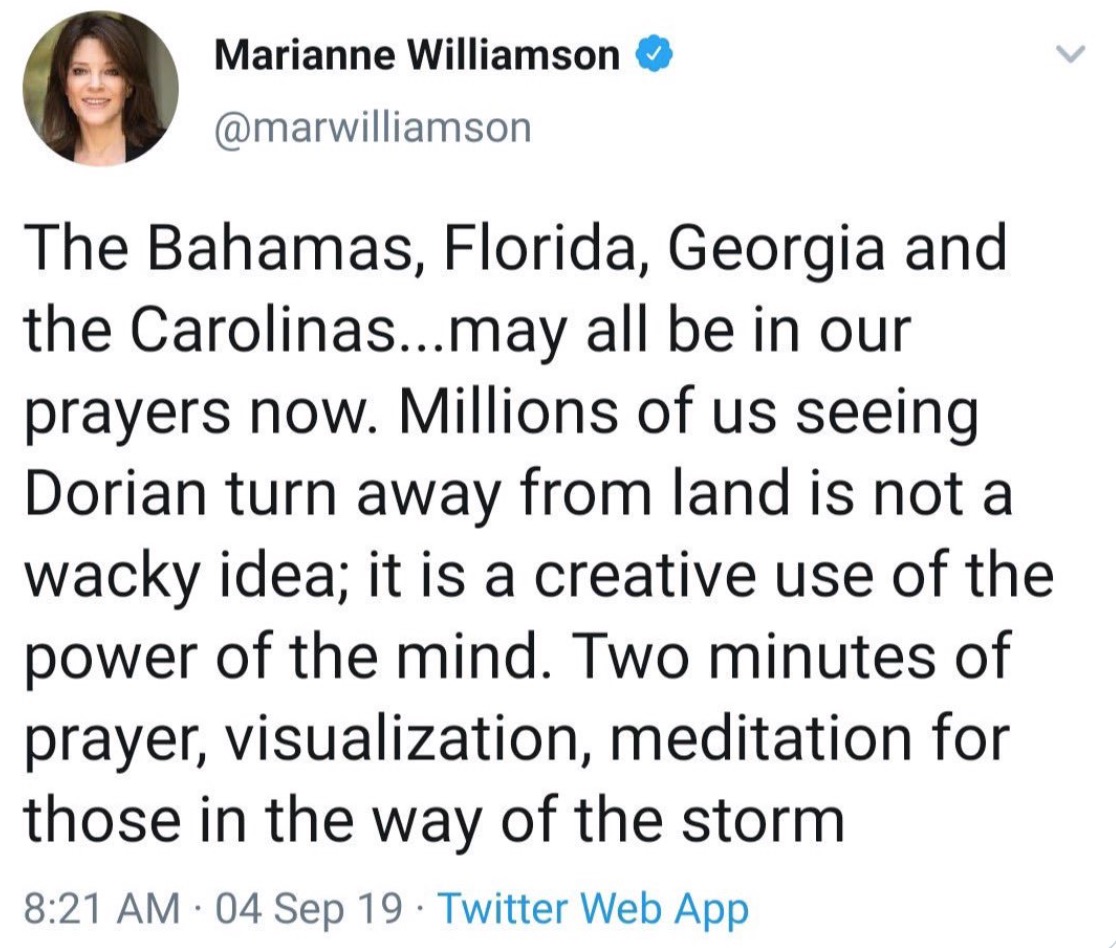 Williamson’s tweet might not be terribly out-of-character from her spiritualist worldview and approach to various issues, but it drew quite a bit of attention, and people did not approve of it before it was taken down.

Counter-point: This is nuts https://t.co/gyqAC0clog

This is precisely why no matter how deeply I’m steeped in all things New Age, I would NEVER support @marwilliamson. She is dangerous, she is wrong, she is flippant, and she’s selling snake oil. She’s also ignoring that that hundreds of thousands of people WERE hit in the Bahamas https://t.co/Uxk0gvOEf9

Great job, everyone. Way to normalize this nonsense. https://t.co/VF3d3kOt4M

This first day back from vacay is going to an adventure https://t.co/Gb0zoec5ES

It’s interesting that God answered our prayers not to kill a bunch of Floridians, but he was happy to ignore our prayers and kill instead a bunch of Bahamians. How’s that work exactly? https://t.co/UhheWGtlgO

Maybe this isn’t crazier than nuking hurricanes. But it’s also not less crazy. We can’t “visualize” our way out of natural disasters, but we can plan for them. https://t.co/wqlzDsI4Qg

Take your primitive superstition and jump in a volcano. I understand human sacrifice is a really effective way of getting the Lord’s attention. https://t.co/Agdmr4xkLb

I have a very good idea for creative use of power of the mind. Two minutes well spent to make her fade into obscurity. https://t.co/LAjNITFuJt

UPDATE – 1:05 p.m. ET: Williamson expressed her displeasure with Huffington Post’s Yashar Ali after he flagged her deleted post. This came much to his confusion since he didn’t editorialize the tweet in any way.

Not sure why this tweet provoked your frustration @marwilliamson. I simply noted that you deleted a tweet.

I did not editorialize.

With respect to your offer to have an "public dialogue," thank you but I am reserving my time to speak to candidates who qualified for the debate. https://t.co/HdrbJXwP7E