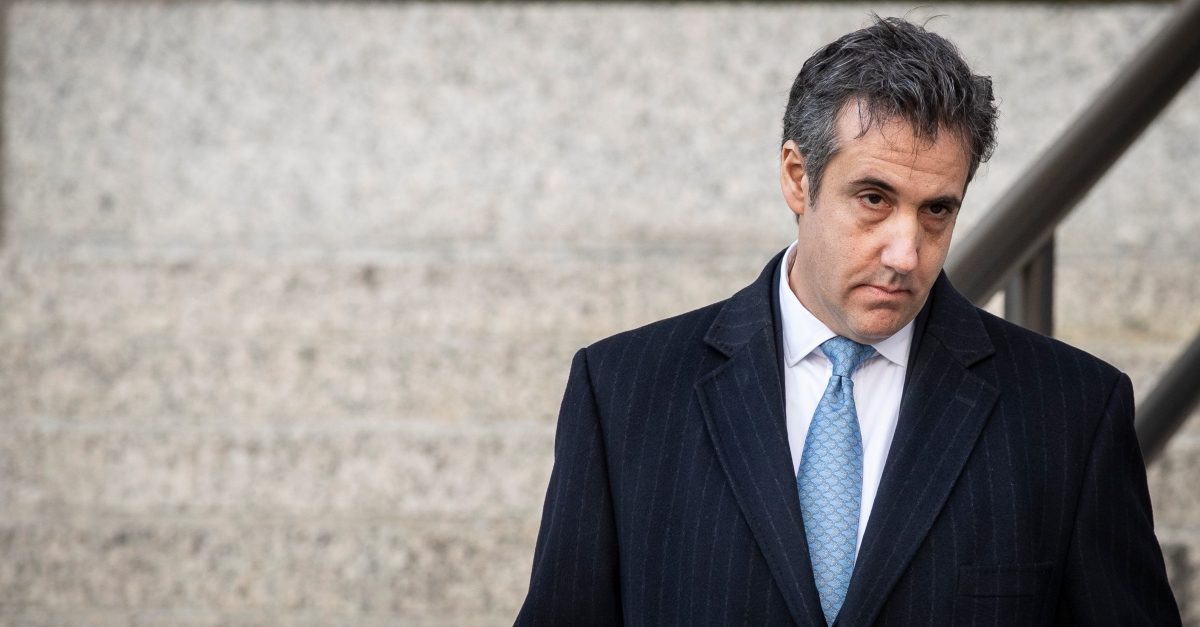 In Special Counsel Robert Mueller‘s report, his office writes they did not find evidence that establishes President Donald Trump directed his former personal lawyer Michael Cohen to lie to Congress.

Mueller’s report appears to refute the bombshell story from BuzzFeed News, published in January, that reported the special counsel had evidence Trump “directed” and “personally instructed” Cohen to lie.

Citing “two federal law enforcement officials involved in an investigation of the matter,” BuzzFeed News reported Trump “directed his longtime attorney Michael Cohen to lie to Congress about negotiations to build a Trump Tower in Moscow.”

“It is the first known example of Trump explicitly telling a subordinate to lie directly about his own dealings with Russia,” BuzzFeed noted at the time.

BuzzFeed reported the special counsel “learned about Trump’s directive for Cohen to lie to Congress through interviews with multiple witnesses from the Trump Organization and internal company emails, text messages, and a cache of other documents.”

If true, the story was explosive. But after its publication the special counsel to issued a rare statement contesting the reporting.

“BuzzFeed’s description of specific statements to the Special Counsel’s Office, and characterization of documents and testimony obtained by this office, regarding Michael Cohen’s Congressional testimony are not accurate,” spokesman Peter Carr said.

Cohen and his lawyers later submitted a memo to Congress saying Trump had “encouraged Cohen to lie and say all Moscow Tower project contacts ended as of January 31, 2016 using ‘code’ language — telling Cohen during various conversations that there was no collusion, no Russian contacts, nothing about Russia’ after the start of the campaign.'”

When reached for comment, BuzzFeed News spokesman Matt Mittenthal told Mediaite the outlet had no comment at this time as their reporters and editors were still going through the report.

Mueller’s report does note that there is some evidence supporting the idea that Trump wanted Cohen to lie, though it is never established that he explicitly directed his lawyer to do so.

In analyzing the President’s intent in his actions towards Cohen as a potential witness, there is evidence that could support the inference that the President intended to discourage Cohen from cooperating with the government because Cohen’s information would shed adverse light on the President’s campaign-period conduct and statements